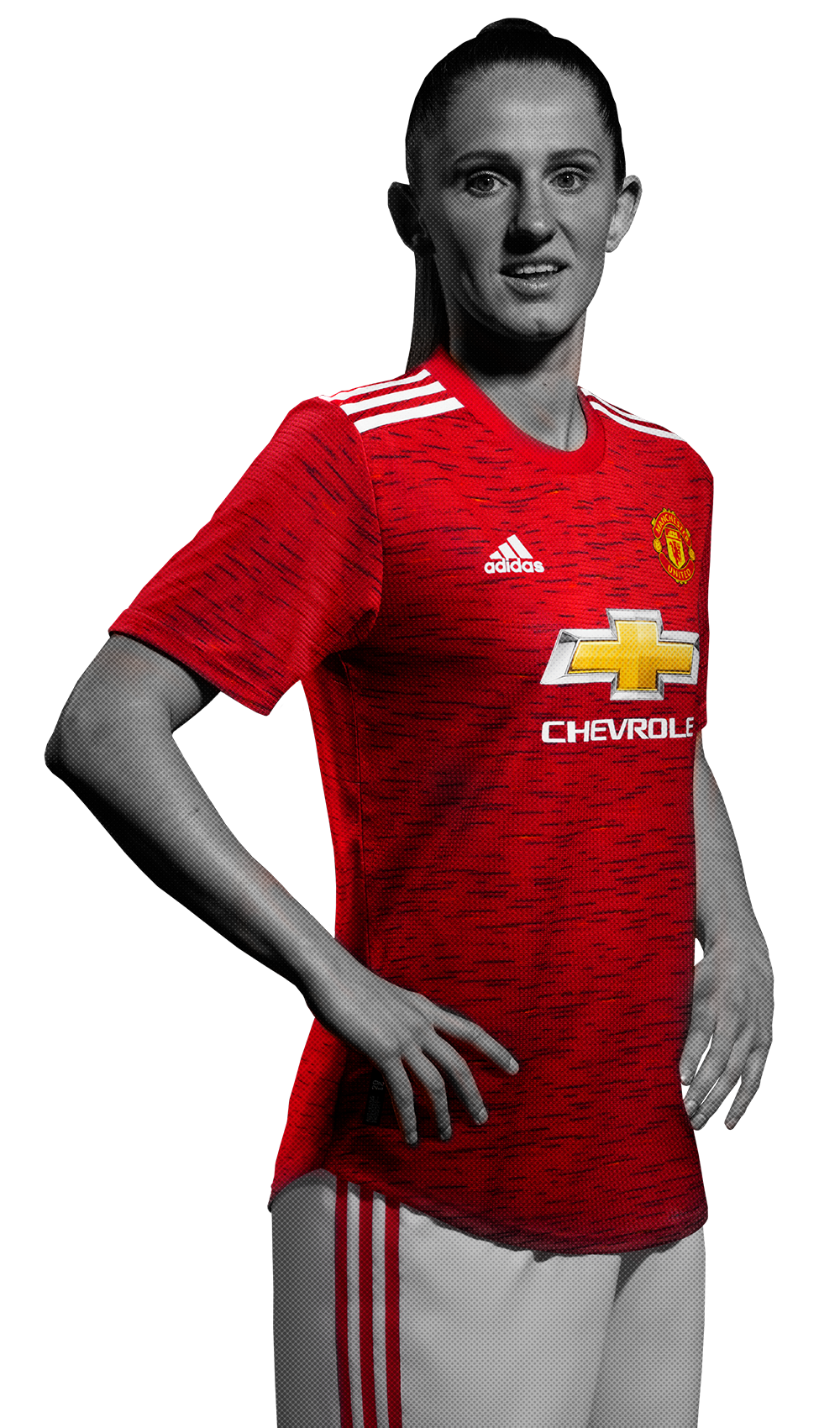 A leader with a wealth of experience, the defender moved across Manchester when signing for the Reds.

Abbie spent 12 years at our rivals Manchester City but, in 2019, jumped at the opportunity to join the club she grew up supporting.

“It’s unbelievable for me and especially for my family, who are all big Manchester United fans. I’m really happy to become a Red,” the centre-back revealed after signing for United.

During her time at City, McManus won seven major honours, including the Women's Super League title, FA Cup and Continental League Cup. She also represented Sheffield FC for a season in 2013/14 and helped them win the National League North title.

The Prestwich-born defender has established herself as vital part of the England international set-up in recent years and was part of Phil Neville’s squads at 2019 SheBelieves Cup and World Cup.

As well as being an excellent defender, Abbie is a calming presence at the back and is renowned for her technical ability on the ball.

McManus: I'm over the moon to be a Red Article

New United Women signing Abbie McManus is excited to work with Casey Stoney and face her former club City in the derby.

Alex Greenwood and Abbie McManus were on the bench as England lost 2-1 to holders USA in the tournament's last four.

Alex Greenwood and Abbie McManus are into the last four of the tournament with Phil Neville's England.

Groenen, Greenwood and McManus all reach the knockout stages in France.

United Women will have at least three players in the knockout rounds of France 2019.