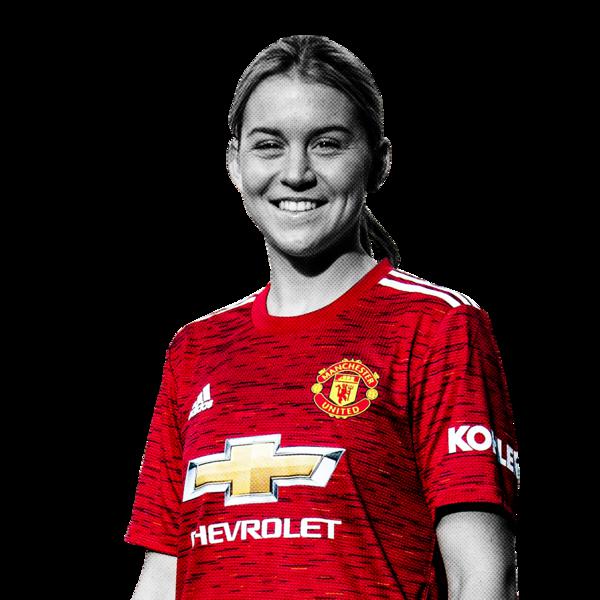 Signed in September 2020, the United forward brings a wealth of international experience having been capped at every age-group for England.

Alessia penned a two-year deal with the Reds after spending three years in the US with North Carolina Tar Heels, representing the University of North Carolina in the Atlantic Coast Conference.

She previously had spells at Brighton and Chelsea as a youngster and while Russo was at Charlton Athletic’s Centre of Excellence, she was a mascot for her future United manager Casey Stoney, who was captain of the Addicks at the time.

Russo’s talent was recognised early on when she was selected for England’s Under-15s. Thereafter she represented her country at every age level and was part of the squad that won bronze at the 2018 Under-20 FIFA Women’s World Cup. She made her senior debut in March 2020 against Spain in the 2020 SheBelieves Cup, and was part of the senior Lionesses’ September 2020 training camp.

A dynamic and powerful forward with a wealth of pace, Alessia brings a real added threat to United’s attack.

The striker picked up the problem during Friday’s pre-match training session.

The United Women's pair have been nominated for October league awards, after an impressive month.

We've got the first official photos of Alessia Russo in United colours.