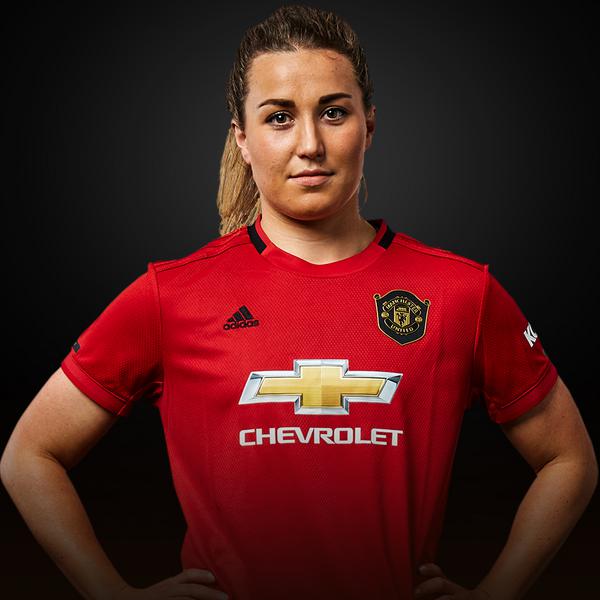 A tough-tackling defender who has modelled her game on United legend Nemanja Vidic.

Turner’s defensive robustness and ability to play out from the back meant Casey Stoney jumped at the opportunity to sign her when creating her United squad in 2018. Formerly of Notts County, for whom she played while writing her dissertation at Sheffield Hallam University, and Liverpool, Turner made 24 appearances in all competitions in her first season with the Reds, playing an integral role in our FA Women’s Championship title success. The centre-back ended the 2018/19 campaign with two goals in two games, including the fifth in our final day victory over Lewes.

Amy Turner and Kirsty Hanson scooped individual prizes from both the PFA and WSL last month.

Casey Stoney was delighted to come away with three points against Everton.