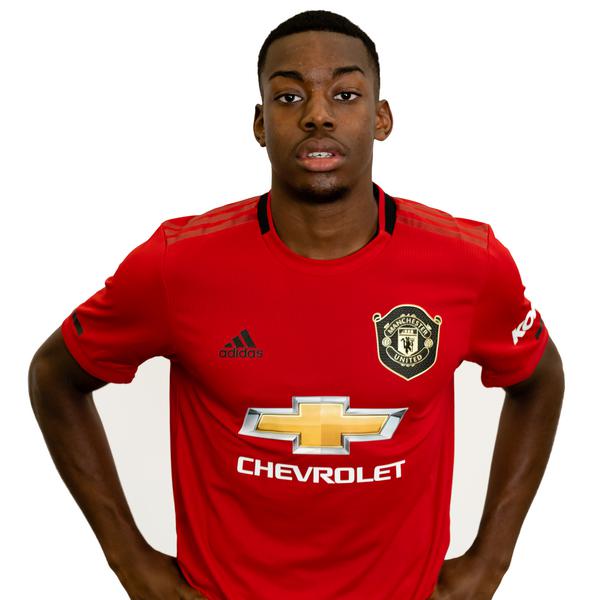 Swedish-born wide player with plenty of talent and unpredictability.

The youngster has pace to burn and is capable of creating havoc down the flanks. He made his Under-18s Premier League North debut as a schoolboy, coming on as a substitute in the final match of the division at Liverpool.

He made his mark during the 2018/19 term as a first-year scholar, scoring four times in 22 appearances for Neil Ryan's side, including a Goal-of-the Month contender against Newcastle United in March, following a mazy dribble.

Neil Wood provides an update on Anthony Elanga and Amad Diallo ahead of the live MUTV game on Saturday.

United lose out 4-2 to Leicester with Anthony Elanga unluckily injured after scoring twice in the first half.

Anthony at it again! video

See how Anthony Elanga pulled a goal back for United Under-23s at Leicester...

Watch Pellistri and Elanga's excellent goals in the Papa John's Trophy, plus a round-up of the Leipzig reaction...

Pellistri off the mark as U23s seal win Article

Check out Anthony Elanga's strike in the Under-23s' clash with Southampton...

Elanga unlucky not to score video

Watch one of the Reds' best first-half chances against West Ham's Under-23s...

The Under-23s earned another win in Premier League 2, courtesy of goals from Shoretire, Puigmal (2) and Elanga…

Watch the key moments, including that audacious Elanga overhead kick, as the Reds lose narrowly in the semi-final...

Watch all the goals, plus reaction from coach Neil Wood, after the Reds' fine win in Premier League 2...

The Reds' Under-23s came from behind to triumph in Premier League 2 for the first time this season.

See the action from Friday’s game at Leigh, including goals from Elanga, Hannibal and McCann…