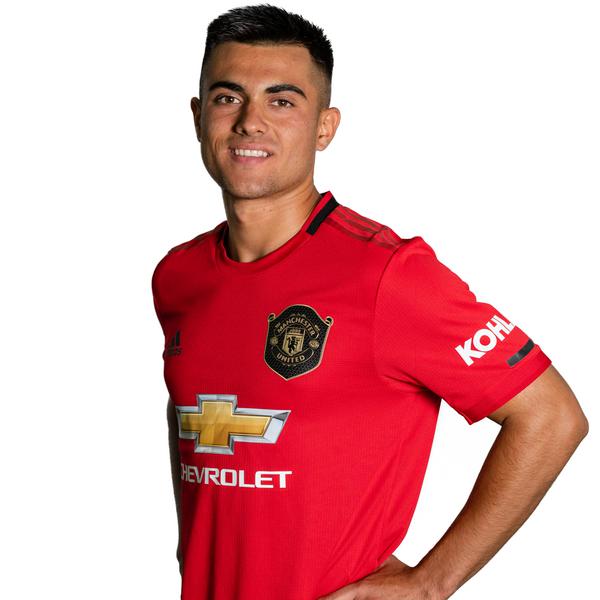 Spanish prospect who impressed against United for Espanyol in the 2017 Med Cup to earn a move to Old Trafford.

Although being part of the squad that trained in Austria over that summer, he had to wait until September for his international clearance to be processed.

The boy from Barcelona has quick feet and is calm on the ball, originally performing in midfield.

Puigmal made valuable contributions to the United squad during the 2017/18 campaign, appearing 16 times in all competitions, scoring three goals. The Spaniard's first goal came in a 1-1 draw against Newcastle, before scoring a dramatic stoppage-time equaliser in a 2-2 draw against Liverpool. The midfielder's third goal in United colours came as the Reds ran riot against Wolves in a 6-1 victory.

Injury and international commitments hampered the end of his 2017/18 season with United and he had to show his versatility in 2018/19. He was often selected at right-back to develop areas of his game and it had the desired effect as he remained a threat going forward but added some defensive acumen to his style.

International recognition with Spain's youth teams continued, illustrating the respect he has garnered, and finished with 14 appearances at league level, one goal and two assists.

Puigmal was selected as part of the travelling squad for United's match against FC Astana in the UEFA Europa League in November 2019, although he was an unused substitute during the Reds' 2-1 defeat.

Under-23s take on the Gunners Article

Pellistri off the mark as U23s seal win Article

The Under-23s earned another win in Premier League 2, courtesy of goals from Shoretire, Puigmal (2) and Elanga…

Watch the goals from the Under-23s' entertaining 3-3 draw with Arsenal...

Arnau Puigmal (2) and Joe Hugill are both on target as our Under-23s draw with the Gunners.

The work done in lockdown by James Garner, Teden Mengi and their U23 team-mates ensured they'll be ready if called upon.

U23s: Reds wrap up the year with Royals rout Article

Watch all four United goals and read our report as the Under-23s sign off 2019 in style.