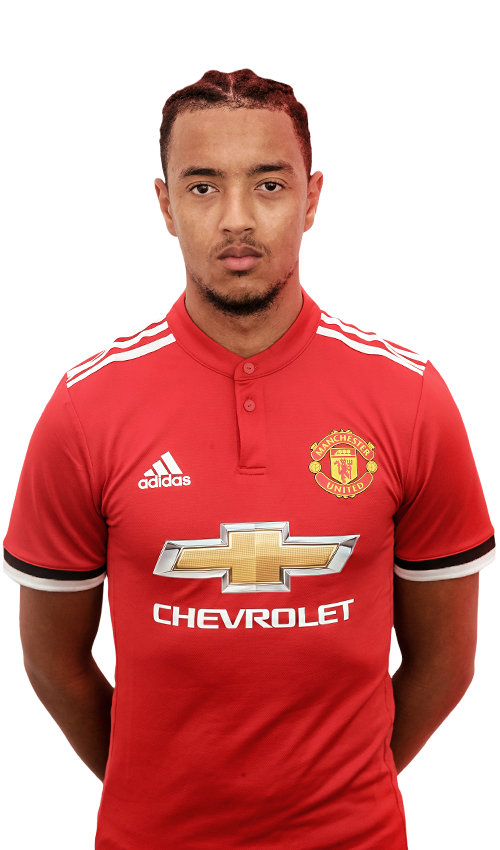 The defender is comfortable playing as a left-footed centre-back and at left-back.

The Flixton-born Red made his United Under-21s debut aged just 16, as a second-half substitute against Bolton Wanderers, and adapted well to first-team football when called upon during Louis van Gaal’s reign. A shock senior debut came as a substitute at home to West Bromwich Albion on 7 November 2015, and the unflappable defender impressed with a nerveless display of real composure. By the end of the 2015/16 campaign United’s no.43 had 14 first-team outings to his name, including appearances against Chelsea and Liverpool, and the season culminated with him being awarded the Denzil Haroun Reserve Player of the Year trophy. His crossing ability had earned many plaudits. In May 2016, the defender signed a new contract tying him to Old Trafford until 2020, with an option to extend it a further year. He was then sent to Championship outfit Wolverhampton Wanderers on loan to gain some experience, putting in some good showings in his seven games. Following last season’s spell at Wolves, Borthwick-Jackson spent the first half of 2017/18 on loan at another Championship club, Leeds United, before returning to Old Trafford in January 2018 where he spent the rest of the season playing for the Reds' Under-23s. During the summer of 2018, he moved to Scunthorpe United on loan for the season and the highlight was clearly his first goals in senior football, which came in the same game as he bagged a brace in a win over Charlton Athletic. Although The Iron were relegated on the final day, he settled well and held down the left-back slot. Borthwick-Jackson made another temporary move away from the club on 2 September 2019, joining League One team Tranmere Rovers for the remainder of 2019/20. Another loan was arranged in January, when he linked up with Oldham Athletic.

Borthwick-Jackson back from loan spell Article

Cameron Borthwick-Jackson has returned to the Reds after a stint at Tranmere Rovers.

The Academy graduate will play for the League One club during 2019/20.

Reds on loan: Their season so far Article

The nine United men currently plying their trade away from Old Trafford are continuing to gain valuable experience.

Reds defender Cameron Borthwick-Jackson will spend the 2018/19 season on loan in League One.