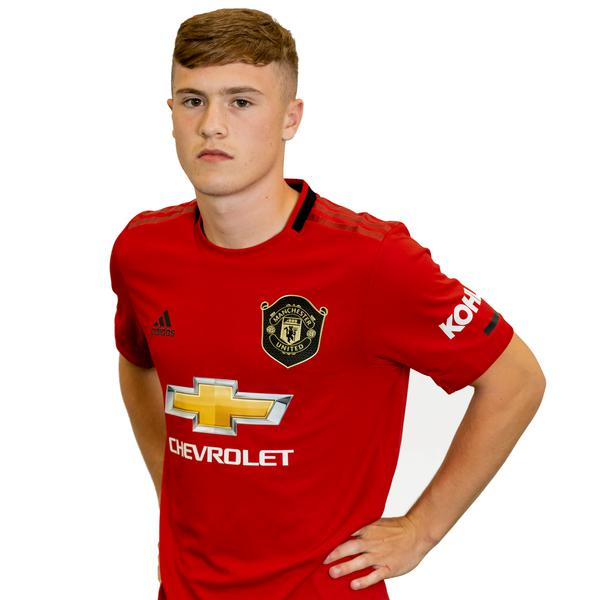 A creative ball-playing midfielder who joined the club from Coventry City in 2017/18.

The youngster is a United fan who jumped at the chance to come to Old Trafford and continue to learn his trade at the Aon Training Complex.

He was named on the bench for the Under-18s for the 6-1 win over West Brom in March 2018 and racked up 24 appearances at that level in 2018/19 under head coach Neil Ryan, scoring five goals.

McCann represented Republic of Ireland at the Under-17 European Championship.

Read our report - and watch both United goals - as the Reds claim a comeback win on the south coast.

See the key moments from our PL2 defeat at Southport, including Charlie McCann's superb strike for the Reds...

A triple from Everton's captain inflicts a harsh defeat on United in Premier League 2.

See the action from Friday’s game at Leigh, including goals from Elanga, Hannibal and McCann…

Under-23s' friendly to be screened by MUTV Article

MUTV's first live match of the season will be our visit to Huddersfield on Saturday afternoon.

Watch all the goals as Neil Ryan's young Reds rack up our biggest U18s win of the season so far...

Watch the goals from Charlie McCann and Teden Mengi that clinched our Under-18s' FA Youth Cup victory on Tuesday...

Neil Ryan's side twice came from behind but ultimately fell to a 5-3 defeat at West Brom in the U18s Premier League.

Our Academy boys showed great character to come from two goals down to beat West Brom on Tuesday afternoon.

Under-18s: Reds rally to pick up a point Article

Neil Ryan's young United side came from behind to improve on the previous result against Wolves.

Our U18s were unlucky to lose 3-2 to Everton at home. Here you can see all the goals, as shown live on MUTV...