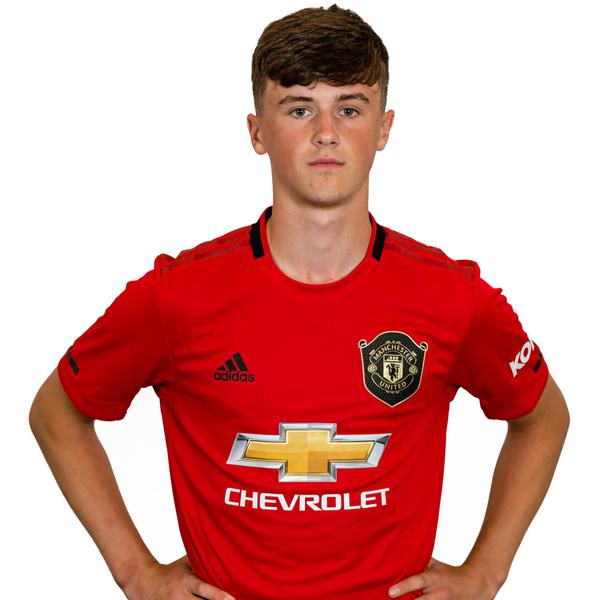 A midfielder with a good range of passing who was promoted from the Under-16s in the summer of 2019.

As a first-year scholar, he is taking the steps towards full-time professional football and was part of the squad that travelled to Austria for a training camp close to Vienna. He quickly earned a place in Neil Ryan's side and scored his first goal in the 3-0 win over Sunderland in the season opener. Two more strikes followed, in the 4-3 defeat to Liverpool, and he was spotted training with the first team ahead of the Europa League clash with Astana in September.

Our U18s were unlucky to lose 3-2 to Everton at home. Here you can see all the goals, as shown live on MUTV...

Ole has provided the latest news on Daniel James after the winger missed training on Wednesday.

See the goals and hear from coach Neil Ryan as the Under-18s beat Sunderland in our first fixture of 2019/20...

A winning start for the Under-18s Article

Goals from Charlie McCann, Anthony Elanga and Charlie Wellens give Neil Ryan's side victory at the Aon Training Complex.