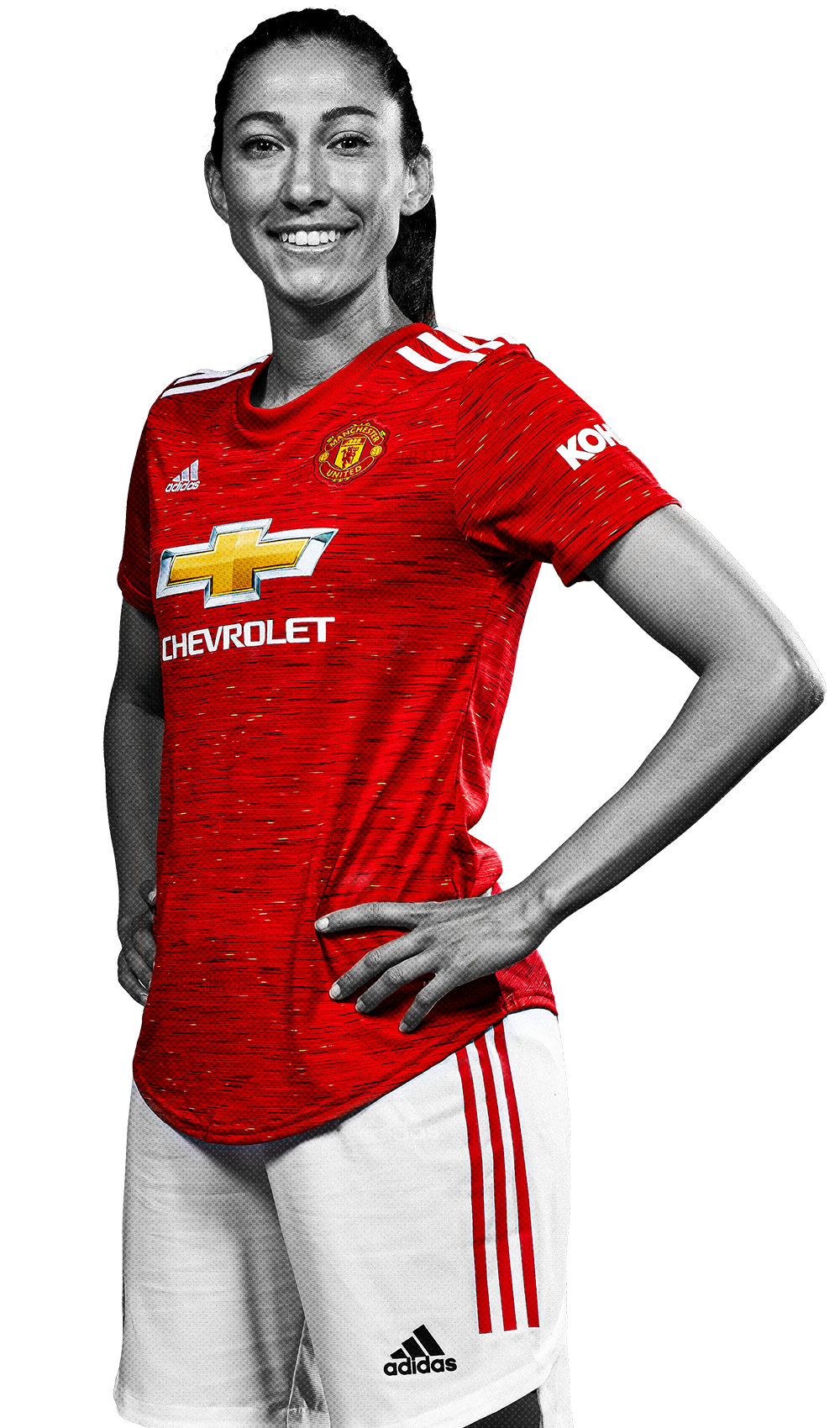 One of two American World Cup-winners to join the Reds during the summer of 2020, Christen is a world-class striker with years of experience at the game’s highest level.

Press left Utah Royals to sign up with Casey Stoney’s side for the 2020/21 season, at the same time as fellow US star Tobin Heath.

Christen was part of the USA’s back-to-back successes at the last two World Cups, and scored the opening goal in her country’s 2-1 victory over England in the 2019 semi-final.

Her record at international level stretches back to 2013, when she made her debut in a friendly against Scotland. Since then she has netted an impressive 58 goals in 138 appearances – a tally which currently places her 10th in the USWNT’s all-time goalscoring list.

At club level, Press has spent the majority of her career in her home country (magicJack, Chicago Red Stars, Utah Royals) and Sweden (Kopparbergs/Goteborg and Tyreso).

A versatile player, Christen has built her reputation as a traditional striker, but can also play in midfield and out wide. With an eye for goal, and for creating chances for others, she offers the kind of all-round threat that will add rich depth to the United attack.

Away from the game, Press is an animal lover, a yoga enthusiast, and has even received the honour of being created as a Simpsons character – alongside fellow USWNT legends Abby Wambach and Alex Morgan.

Also a talented track athlete and tennis player, and a confident Spanish speaker, the 31-year-old brings a wealth of intelligence and enterprise to the MU Women set-up.

The World Cup winner explains why she's so excited to be playing at the Theatre of Dreams this weekend.

Smile Christen, you're a Red! Gallery

Check out these 15 snaps of our new signing, Christen Press.

Press: I still have so much to learn Article

United’s new signing is excited by the challenge of a different culture and lifestyle in the WSL.

The Reds have added an international striker to Casey Stoney's squad.