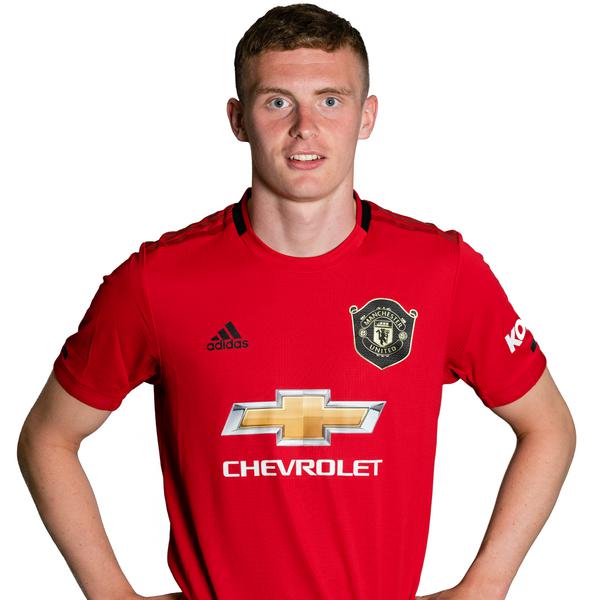 Scot who joined United when turning 16 after playing for Hutchison Vale, a local boys club the Reds have dealt with before as Darren Fletcher also represented the Edinburgh-based youth team.

After captaining the Under-18s, he was fast-tracked into the Reserves squad - setting up Josh Harrop's winner against Villarreal in the Premier League International Cup on his first start at that level. Further evidence of his progress came with a call-up to the Scotland Under-19 squad in October 2016, his first involvement at international level since the Under-16 age group. Hamilton finished the 2016/17 season in fine form and ended up with an excellent return of eight goals in 21 starts for the Under-18s, with more experienced gained from his eight outings in the Reserves. Steady progress under Ricky Sbragia, whom he knew from working with Scotland, the following year led to a dream first call-up by Jose Mourinho, for the Emirates FA Cup tie at Huddersfield Town, when he replaced Paul Pogba as a substitute when the Frenchman was forced to pull out of the squad. He enjoyed a superb season at underage level and was shortlisted for the Denzil Haroun Player of the Year award after racking up 20 appearances (plus another two as a sub) and scoring once. He also netted the winner in the Premier League International Cup against Athletic Club. In 2018/19, Hamilton became one of the first names on the team sheet for the Under-23 side and played all of the Reds’ first 14 league games of the season. So impressive was the youngster’s form, he joined League One side Rochdale on loan in January 2019 for the remainder of the campaign. He did extremely well, scoring a stunner on his debut against Peterborough and helping the Lancashire side avoid relegation. Hamilton joined Southend United ahead of the 2019/20 campaign, making his debut for the Shrimpers at Lincoln City on 17 August. After returning from the Essex club, he soon found a new club, Bolton Wanderers, again on a loan basis.

The midfielder will move to the League One side for the remainder of the season.

Young midfielder Ethan Hamilton is back with the Reds after a temporary stint at Southend.

Find out how the Reds' on-loan players got on for their temporary clubs over the weekend.

There were plenty of positives to take from the Reds' campaign in Premier League 2.

Three coaches discuss whether other players will join Hamilton and Poole in making moves during this transfer window.

Hard-working midfielder Ethan Hamilton will spend the rest of 2018/19 with a League One club.