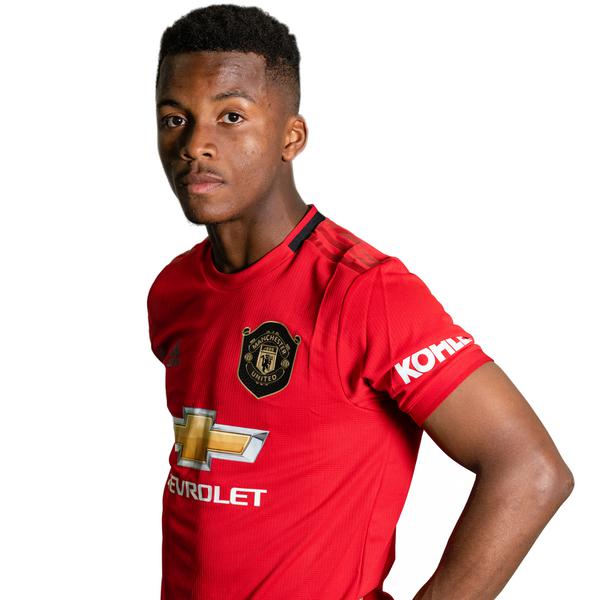 A powerful runner who has been with the club since a very young age and has worked his way through the ranks.

Laird is a full-back with plenty of pace, who has shown his defensive qualities in the younger age groups. His excellent acceleration enables him to link up with the attack to good effect, and he showed his ability to get forward with a goal in the friendly win over MSK Zilina in 2016. The 2017/18 term marked his breakthrough as a first-year scholar as he quickly made a real impact. Capped by England Under-17s, he shows great determination to get forward and scored in the final game of the division against Liverpool. He also operated in the centre of defence towards the end of the campaign. Despite being the youngest player in United's academy intake for 2017, he ended up with 19 appearances to his name and also gained further experience in the Under-23s and UEFA Youth League. In 2018/19, he suffered injury problems and only registered 11 outings for the Under-18s but scored twice and continued to provide assists for his colleagues. After being namechecked by Ole Gunnar Solskjaer as one to watch for the future, he was wisely treated carefully and prepared for a full pre-season of hard work. After an explosive start to 2019/20, including the club's first-ever goal in the EFL Trophy (Leasing.com Trophy), in a win at Rotherham United, he bounced back from another injury setback to make his full senior debut in the Europa League match against Astana in Kazakhstan at the end of November. A second outing was soon forthcoming, in the home win over AZ Alkmaar in the same competition, and he signed a new contract in February 2020.

Two members of Neil Wood's squad have signed fresh deals with the Reds.

We dissect the major points of interest from an impressive European night at Old Trafford.

Watch the best action from our Europa League game plus post-match interviews and analysis.

Lingard happy to get off the mark Article

Our captain for the evening struck his first goal of the season during United's narrow defeat to Astana.

The boss gives his reaction to the Astana defeat and reflects on how United's debutants fared.

As expected, the line-up named by Ole at the Astana Arena is a very youthful one.

Find out which players Solskjaer is taking to Serbia for our latest Europa League group game.

Ethan Laird was buzzing after scoring United's first-ever goal in the EFL Trophy, at Rotherham.