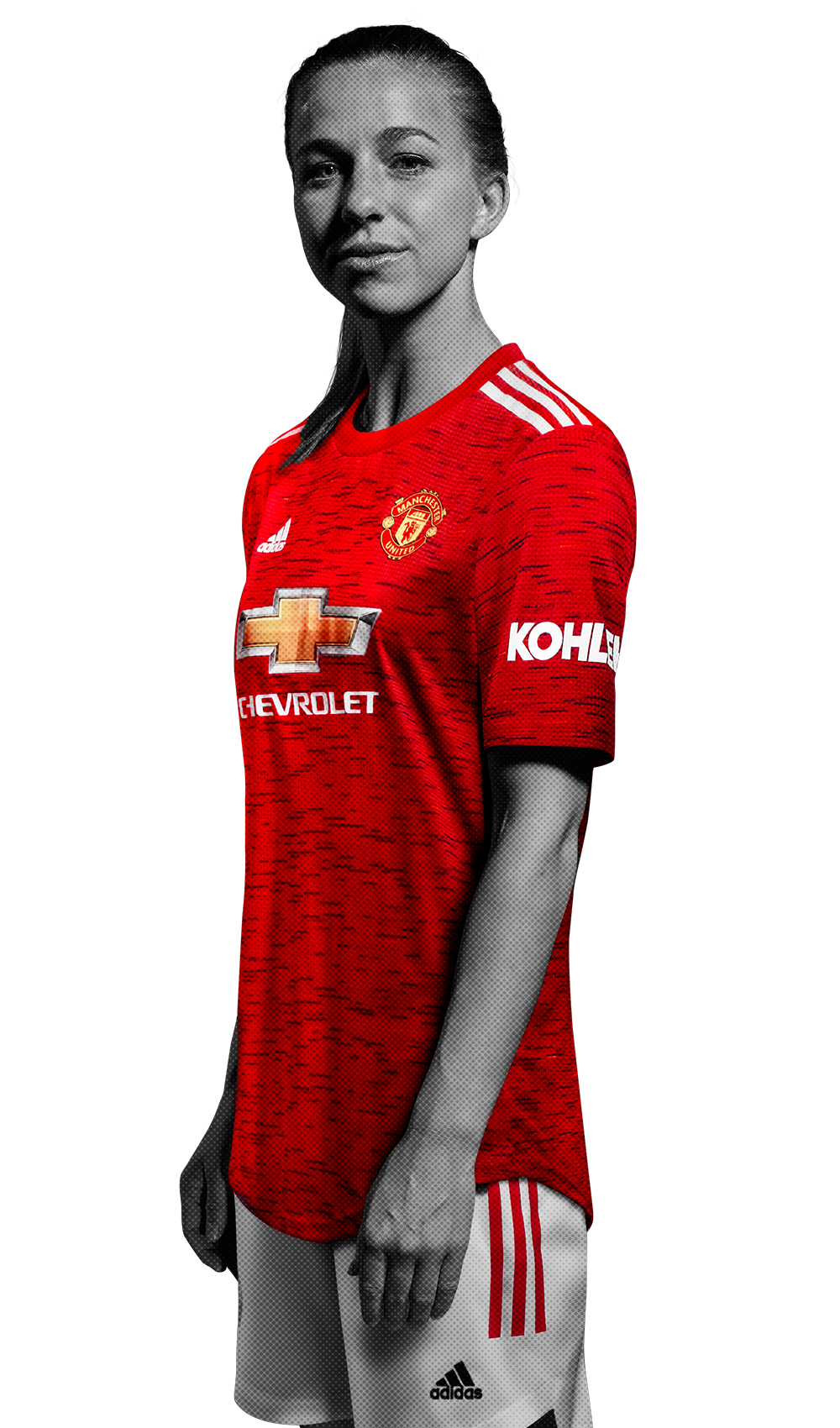 The first overseas player to sign for the Reds, Jackie joined United before the 2019/20 campaign.

Ahead of her first season with the club, the midfielder had a busy summer at the 2019 Women’s World Cup and helped the Netherlands reach the final.

Groenen played in all of her country's seven games at the tournament in France and netted the decisive goal in the semi-final stage against Sweden, to secure her country’s spot in the final, which they ultimately lost 2-0 to the USA.

It was the culmination of a successful two years on the international stage - Jackie also played a pivotal role at the 2017 European Women's Championship and the Algarve Cup 12 months later, with the Netherlands emerging as champions of both competitions.

At club level, Jackie also has a wealth of experience and made her competitive first-team debut for German side SGS Essen in 2011, at the age of just 16. She went on to play for Duisburg, Chelsea and FFC Frankfurt, leaving the latter to sign for United.

The central midfielder has an excellent range of passing and an ability to dictate the pace and flow of a match. She also has an eye for a goal and netted 16 times in 95 appearances for previous employers Frankfurt.

As a youngster Jackie was also talented at judo and represented her country in the sport, before turning her attention solely to football at the age of 17.

Jackie Groenen reflects on her route into women's football, as our #ChooseToChallenge campaign kicks off.

"Football was the thing I loved to do the most, but I never saw a career path in it. At that time it wasn’t something you could see."

"They take us seriously now, they see us as athletes. It is only fair, because we put in the same effort."

"I would dribble the ball past boys on the other team if they were annoying me. I loved to embarrass them!"

Casey: Every game now is a must-win Article

The Reds boss wants to see a fresh United squad after the international break.

Casey: The next game is our toughest test Article

Casey Stoney and Jackie Groenen have shared their thoughts ahead of the women's Manchester derby.

Although there weren't any goals, both teams will gain a lot from this solid workout ahead of the new 2020/21 campaign.

Marcus Rashford and Jackie Groenen have been honoured for their charitable work in 2019/20.

The Dutch midfielder opens up on how she's settled in at Man United and her new surroundings in Manchester.

Read the thoughts of our Dutch international after Saturday's defeat to rivals Manchester City.

Keep up to date with the latest comings and goings in Casey Stoney's squad ahead of the 2019/20 season.

Our first overseas signing, Jackie Groenen, explains her ambitions to win silverware with the Reds.

Jackie was the hero for the Netherlands after scoring their extra-time winner in the semi-final against Sweden.