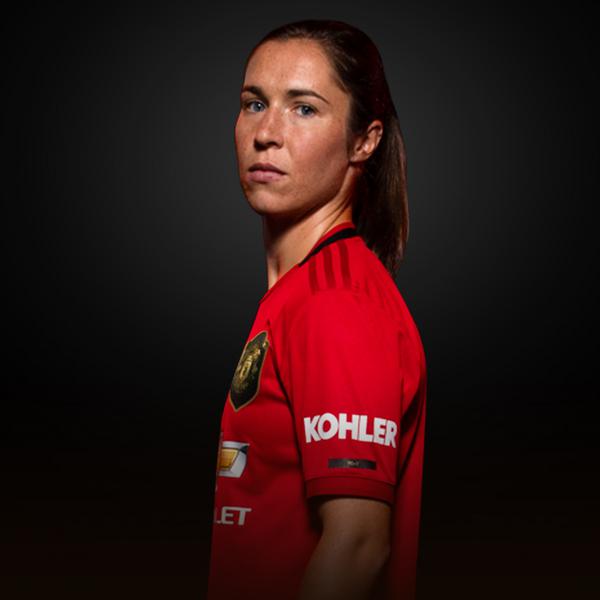 A forward who brings a wealth of experience to the side, Ross scores goals wherever she plays.

The Rothesay-born striker joined Casey Stoney’s Reds in the summer of 2019 after a season with Women’s Super League club West Ham United. Ross led the Hammers to a first-ever Women’s FA Cup final at Wembley, where they lost to her former club Manchester City. The 29-year-old spent two-and-a-half years at our crosstown rivals, winning all three of the domestic trophies and claiming a place in the Women's Super League Team of the Year in 2016/17. Ross is used to claiming silverware: at her first club, Glasgow City, for whom she played between 2006 and 2012, she won six Scottish Women’s Premier League titles, three Scottish Cups and three League Cups. The striker made her full Scotland debut against England in 2009 and has since appeared more than 100 times, taking part in her country’s first-ever international tournament at the 2017 European Championship. Like her United team-mates Kirsty Smith and Lizzie Arnot, she was also a member of Shelley Kerr’s squad at the 2019 FIFA Women’s World Cup and played in the 2-1 defeat by Japan.

The Reds' striker has shared these images of how she's been keeping active in recent weeks.

At home with Jane Ross Article

Our series continues with the Scotland international forward, who's self-isolating in a picturesque part of the UK.

Ross behind the scenes Gallery

Check out these exclusive pictures of our latest recruit.

The Scotland international is looking forward to the big season opener against her former side, Manchester City.

Jane Ross has completed a move to join Casey Stoney’s side ahead of the 2019/20 season in the Women’s Super League.