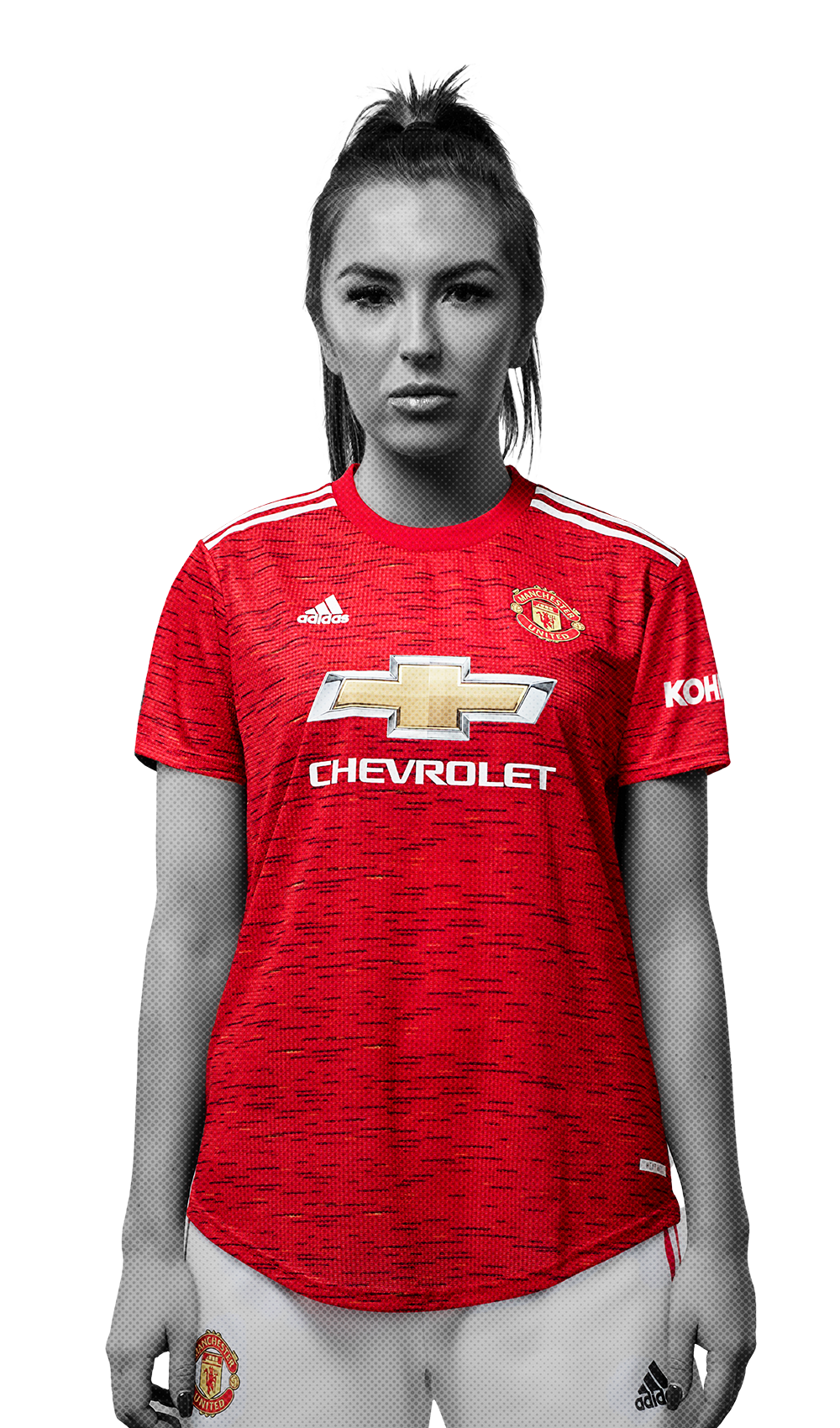 United's captain, Katie is a goalscoring midfielder who swapped Turin for Manchester when signing for the Reds.

Zelem came through the United youth system before joining Liverpool in 2013, aged just 17.

A year later she made her first-team debut and was voted the club’s Young Player of the Year in her first season, as Liverpool won the WSL.

Zelem has experienced joining a newly-formed team before, when she signed for Juventus in 2017. Despite enjoying her time in Italy, she couldn’t turn down the chance of returning of returning to United after a year on the continent.

One of the most technical players in last season's Women's Championship, Zelem showcased her ability to unpick even the most resilient of backlines notching up 11 goals from 23 appearances in all competitions.

Katie's contribution on the pitch towards United winning the Championship title saw her win Player of the Month in March 2019 and the inaugural Women's Player of the Year award and she was named club captain by Casey Stoney after the departure of Alex Greenwood.

The Reds rack up the goals to bring three WSL points back from the Midlands.

Katie Zelem: I can't wait for our Chelsea game Article

Our women's team captain looks forward to facing the WSL champions on Sunday, in the first game of 2020/21.

At home with Zelem and Sigsworth Article

The United duo joined us for a video chat recently to tell us how they're coping with life at home without football.

The Reds rack up three points in the Women's Super League with three second-half goals.

Here are 10 sensational strikes from the 10th month of the year - which one's your favourite?

Read our match report - and watch the highlights - after James and Zelem score in our first-ever WSL win.

Zelem: We're here to compete in the WSL Article

Read our new captain's thoughts on the Manchester derby and our upcoming game against reigning champions Arsenal.

Casey Stoney says her Reds are raring to go for this weekend's exciting WSL opener against Manchester City.

Zelem is United Women's Player of the Year Article

Katie Zelem has claimed the inaugural award after an impressive season for Casey Stoney's side.

Stoney: Our mentality must be right Article