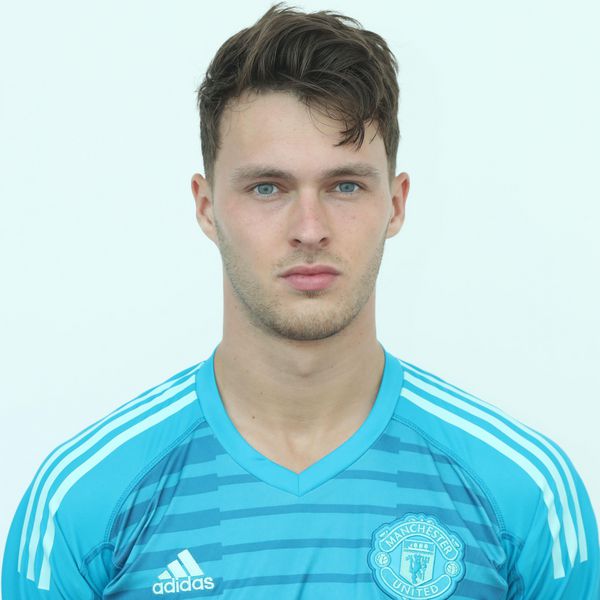 Kieran O'Hara joined Manchester United as an eight-year-old and signed his first professional contract in 2014.

A work-experience loan with Trafford FC provided invaluable experience and showed he is capable of progressing at United. Goalkeeper coach Alan Fettis described the success of the spell with the nearby non-league outfit: "I must say it was a great experience for Kieran and we’ve been really pleased with how he has progressed and matured. I've just seen him grow physically and mentally."

Another temporary deal was set up in the closing hours of the summer transfer window as he joined Morecambe in order to gain more valuable experience and he rejoined the Shrimps on the same basis in January 2016. O'Hara joined a fine debut second time around as he came on as a substitute in the 13th minute and saved Jay Simpson's penalty for Leyton Orient with his first touch.

The former English Schools FA Under-18 international made five appearances in total for Morecambe and, in September 2016, he received a first call-up for Republic of Ireland at Under-21 level and he racked up 10 Reserves appearances in all for United over the course of the season. Throughout 2017/18, he was the no.1 for the Under-23s and was promoted to the senior Irish squad.

All in all, he made 20 appearances for the Reserves and was shortlisted for the Denzil Haroun Player of the Year award.

After starting the 2018/19 season in fine form with an impressive display against Fulham in the Reds' Premier League 2 opener, the homegrown talent joined Macclesfield Town on a season-long loan.

It proved to be a shrewd move for all parties as the keeper won three individual player awards at Moss Rose and the club staved off relegation out of the EFL following ex-England international Sol Campbell's appointment as manager.

He made another loan switch in the summer of 2019, joining Burton Albion for the season.

On 10 September 2019, the young stopper made his senior international debut for the Republic of Ireland when he was introduced as a second-half substitute in a friendly against Bulgaria.

How did the Reds fare on international duty? Article

Find out how the Reds’ first-team players got on with their various nations during the two-week break.

Kieran O'Hara's first senior game for the Republic of Ireland is a feather in the young United goalkeeper's cap.

United's young keeper Kieran O'Hara has secured a temporary move to a League One side.

Young keeper Kieran O'Hara can look back on his campaign with a great deal of satisfaction.

The inside line on the work that goes into ensuring young players develop while away from Old Trafford.

Reds on loan: Their season so far Article

The nine United men currently plying their trade away from Old Trafford are continuing to gain valuable experience.