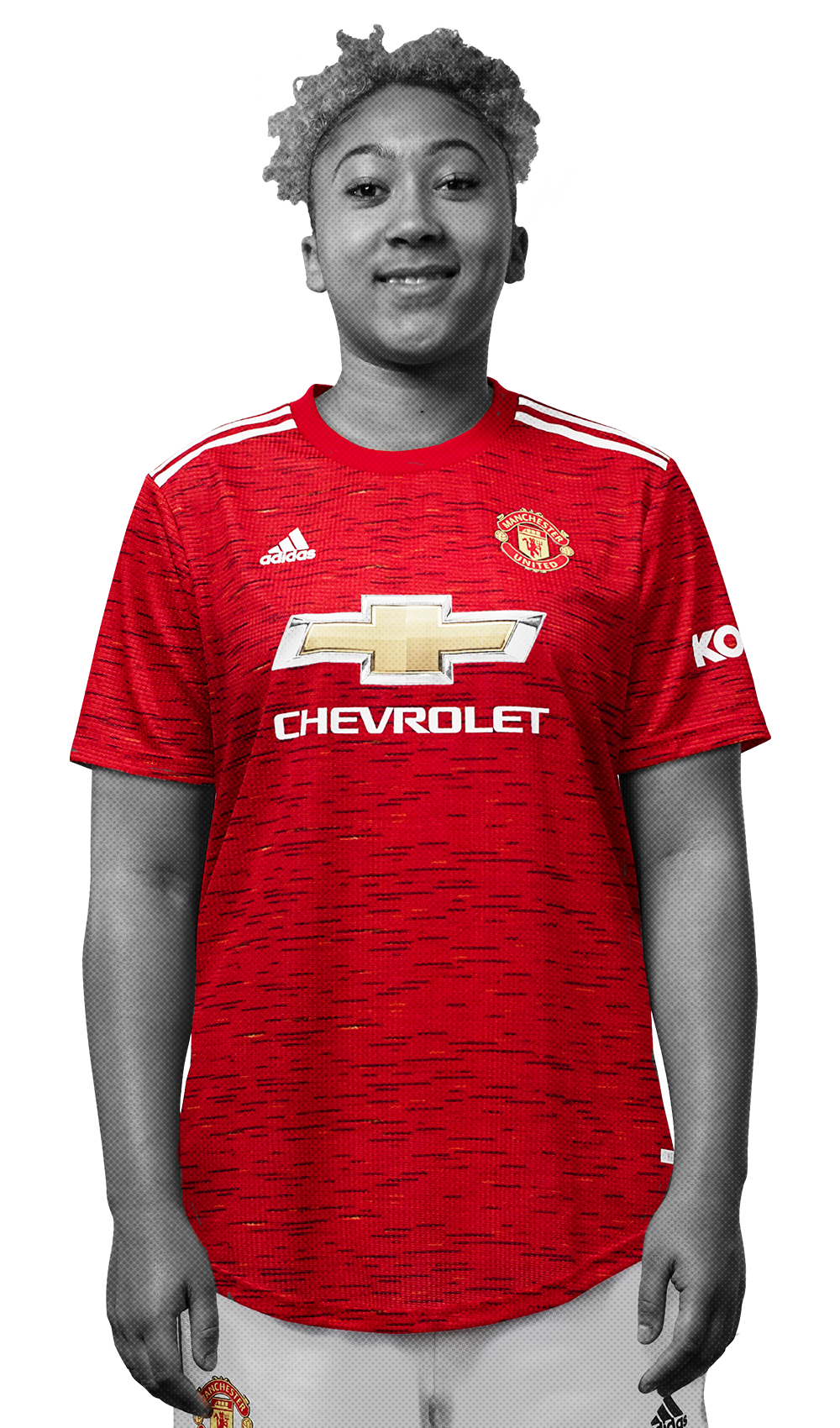 The youngest player in the squad, who is eager to make a name for herself.

James joined United from Arsenal, where she became the second-youngest player in the club’s history in October 2017.

A very technical player who is excellent at using her body to shield the ball, she was named the FA Women's Championship Player of the Month for September 2018 after netting three goals in United's opening four matches.

She went on to score 14 times as the Reds were promoted to the top flight at the first time of asking, earning a call-up to the England Under-19 squad for the 2019 UEFA Under-19 Championship in doing so.

A day before her 18th birthday, James made history by scoring our first-ever goal in the Women's Super League, to put us on our way to a 2-0 win over Liverpool.

The players were buzzing for Daniel on Sunday after the popular United midfielder dropped an announcement on IG.

The boss provides updates on Daniel James and Anthony Martial before our final home game of the season.

After a superb loan at Nottingham Forest, young midfielder James remains determined to make it at Old Trafford.

Ole has news on Maguire and discusses his plans for the rearranged visit of the Merseysiders.

The United youngster closed out his loan spell at Nottingham Forest with a pearler against Preston.

What's the latest on Martial? Article

Ole's semi-final team news includes an update on Anthony, while another attacker has been ruled out of the Roma tie.

Italian football expert James Horncastle fills us in on a tie that would have befitted next month's Gdansk final.

Ole Gunnar Solskjaer tells MUTV about his one change for the clash at Elland Road.

The boss has given an update on the fitness of our Wales international after he was left out of the matchday squad.

Daniel James believes the Reds have built a strong foundation by winning in Spain.

A switch to the States is confirmed while two domestic-based Reds sparkle over the Easter period.