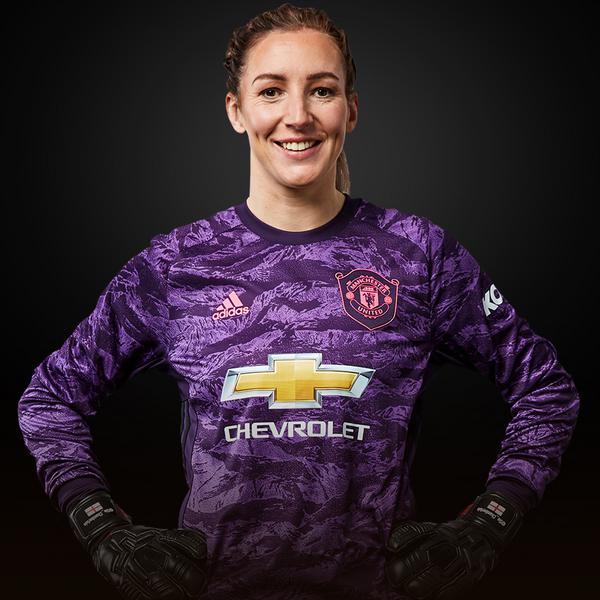 An experienced goalkeeper who has played in the Champions League and World Cup.

Siobhan joined United in 2018 from Liverpool - where she was team-mates with Casey Stoney - and has since proved to be one of the biggest and most popular characters in the dressing room.

During a career which has spanned over 15 years, the keeper has previously represented sides such as Chelsea, Fulham and Liverpool, and has also been selected for several major tournament with England.

Chamberlain played in all bar two of United’s games during the 2018/19 season and kept an impressive 19 clean sheets in 27 appearances.

One of the highlights of campaign for the keeper was saving a Danni Buet penalty in February’s FA Cup clash against Brighton and Hove Albion, but her calmness and leadership qualities throughout the whole season helped steer United’s young team towards the Championship title during our maiden campaign.

It was announced in July 2019 that Siobhan is expecting her first child.

United Women goalkeeper Siobhan Chamberlain is due to give birth in the New Year.

The Reds rack up an emphatic away win to go four points clear at the top of the Women's Championship.

The Reds put up a great fight, leading twice in extra-time with Alex Greenwood's pen and an own goal, before bowing out to top-flight opposition. Report to follow.

The Reds put up a great fight before bowing out of the SSE Women's FA Cup to top-flight opposition.

'We want to test ourselves against the best' Article

The Reds made a winning start in the Women's FA Cup on Sunday, thanks to a second-half double by sub Lauren James.

Siobhan Chamberlain has been drafted into the latest England Women squad to replace the injured Karen Bardsley.

History will be made when Casey Stoney's exciting side play their first match, against Liverpool today.

The latest on women's team goalkeeper Siobhan Chamberlain's condition after she sustained a suspected serious injury.