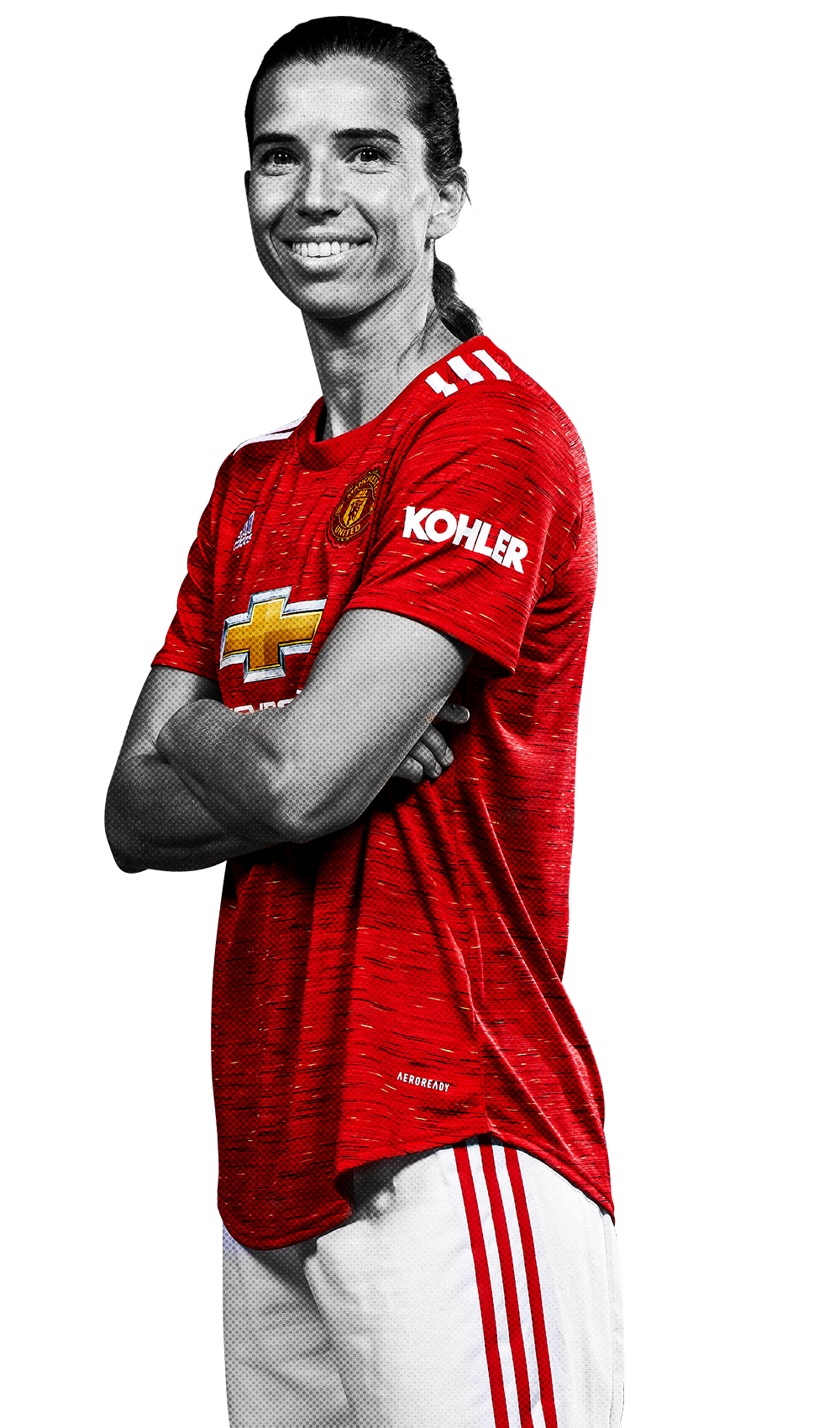 An established name in women’s football, Tobin Heath brings a wealth of experience to the Manchester United ranks.

The attacker joined the Reds ahead of the 2020/21 campaign, having spent the previous seven years at Portland Thorns in her native United States.

As well as her undoubted talent, Tobin’s never-say-die attitude and tireless work rate have seen her reach the very pinnacle of the world game.

Not that her triumphs are consigned solely to the international scene, and Tobin twice won the NWSL Championship with Portland, while also claiming the NWSL Shield in 2016.

On an individual level, Heath has been selected in the NWSL Best XI on three occasions and in 2016 was voted U.S. Soccer Female Athlete of the Year.

Tobin also has the distinction of attending the White House, something she and her international team-mates did after success in the 2015 World Cup.

Tobin Heath was asked about her recent injury, in the latest edition of UTD Podcast - and her response is inspirational!

In the latest UTD Podcast, Tobin Heath reveals her special ritual ahead of matches with the US national side.

United will celebrate Christmas as WSL leaders after a resounding victory.

Our American winger has been recognised at The Best FIFA Football Awards.

The United pair have been recognised for their efforts during a month in which the Reds rose to the top of the WSL.

Stoney and Heath up for WSL awards Article

A brilliant November for the United Women could be rounded off with individual awards.

Heath: I hope there is a lot of pressure Article

During an impressive introductory interview, Tobin looks forward to the expectation that comes with playing for United.

Tobin Heath is a Red Gallery

The USA international and two-time World Cup-winner is ready to start life with United Women.

We can now confirm what Tobin Heath and Christen Press will wear on the back of their new United shirts.

The Reds are delighted to welcome the USA international to the club, subject to a work permit.