Wan-Bissaka's diary: I feel proud to give back 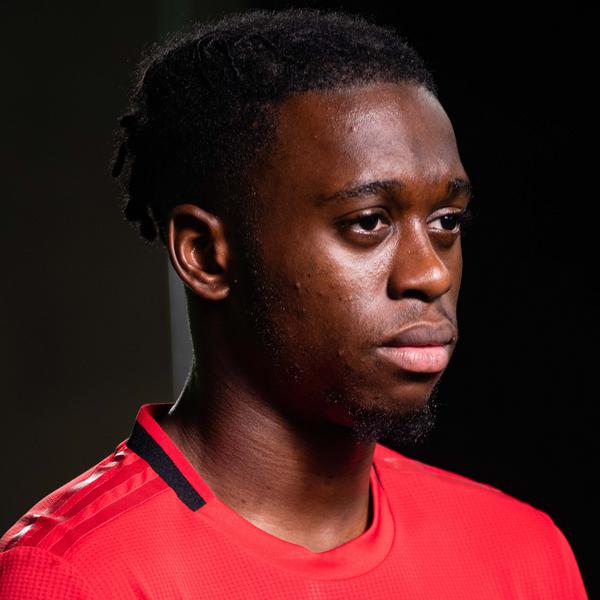 Hi everyone. The good weather here in Manchester has definitely made lockdown harder from a footballer’s point of view. We all just want to get out there!

Normally at this time of year we’d be playing two or three important games a week, so every day we’d be coming out of our houses knowing that we’d be getting ready for them and looking forward to trying to get some big results. Instead, we’re just waking up to train. You have to be as productive as you can but basically you just want to get the day over and done with so we’re one day closer to being back to normality. I just really want to get out there and get back to doing what I love.

In terms of coping with the current situation, my daily bike rides have been a big help. From a young age I’ve always enjoyed riding a bike. Of course, in my younger days it was just about riding it rather than doing it for fitness, but now it’s important in terms of staying on top of my fitness. And, since we only get an hour a day of outdoor exercise, I’ve learnt to really enjoy getting out there.
Aaron Wan-Bissaka says

"These are strange times for all footballers, but we don’t have it that hard in comparison to a lot of people. We all recognise that, which has been reflected in the charity work we’ve been doing during lockdown."

It’s quite difficult doing gym work without the rest of the players, because quite often you keep each other going and push each other on, but the coaching staff are still in touch every day providing different programmes for a bit of variety. I’m starting to enjoy parts of that which I wouldn’t have expected. I’ve never really been a fan of core work when I’ve done it before, but now that’s something I’ve started really looking forward to.

In the meantime, the United lads are still spending a lot of time on the group chat. Everyone’s still getting involved. You’ve got quite a few jokers – Jesse, Scott, Phil and a lot of others. Literally the whole squad gets involved, keeping everyone updated and it’s definitely helpful that we’re in touch so much. It reminds us all that we’re not alone, we’re sticking together and getting through this as a squad.

These are strange times for all footballers, but obviously I know we don’t have it that hard in comparison to a lot of people. We all recognise that, which I think has been reflected in the charity work we’ve been doing during lockdown.

Harry has been helping to feed the elderly in his hometown, and that’s really good to see. It’s so good to have your captain setting that kind of example for you. It’s always good to give something back to communities. It makes me feel proud to give back. It’s great that a lot of footballers from different clubs have all come together as part of the #PlayersTogether movement during this crisis. I’ve spoken here before about how important it is for everyone to appreciate the NHS, but it’s great to be able to go further than just applauding them every Thursday night.

"A lot of kids look at footballers as heroes, but hopefully they can see that heroes aren’t necessarily just the ones they see on TV. Everyone can see what NHS and frontline workers are doing for us all."

A lot of kids look at footballers as heroes, but hopefully now they can see that heroes aren’t necessarily just the ones they see on TV every day. Everyone can see now what NHS and frontline workers are doing for us all. My best friend’s mum works for the NHS, so I’ve been well aware for a long time of the hours they put in to save lives. It’s non-stop, they literally hardly get any time to sleep or rest and they’re doing it for society. Now we’ve got to keep giving them all the help and praise we can, because we can see the work that they’re putting in for everyone to get us all through this crisis together.

While these heroes are out risking themselves for everyone else, for us footballers the situation is the same as it is for everyone else: stay inside, stay safe and we will give ourselves the best chance of getting back to normal sooner rather than later.

"When I first joined United and came up against him in training, he was doing things that I just really didn’t expect. I thought he’d go a certain way and he’d go the other way!"

If you could play alongside one former United legend who would it be? (via @hiyab05994416)
Wow, that’s quite difficult! There have been a lot, but … I’ll say Paul Scholes. I always enjoyed watching him, particularly his technique and his composure on the ball, but his finishing was special. I always used to really like watching him playing for United and he’d be great to play alongside.

Any advice for a young RB on defending? (@Macca_MUFC)
I only became a defender quite late in my own development, and it took a lot of patience. You have to keep working on yourself non-stop, you have to keep testing yourself, even if it doesn’t go right. It took time for me to get success as a defender so, if you stick with it, eventually it will go right. Push yourself, always have faith and believe in yourself.

Who’s your toughest opponent in training? (via @thereddevil1012)
I’d say Marcus, yeah. He’s just so unpredictable. When I first joined United and came up against him in training, he was doing things that I just really didn’t expect. I thought he’d go a certain way and he’d go the other way, or I thought he was about to do one thing and he did another, so he’s really tricky to play against. I enjoy that though; it’s been really good for my own development to test myself against him and the other attackers we have at the club.

ASK AWB – YOUR QUESTIONS NEEDED Each week during his stint as our guest contributor, Aaron will be answering supporters’ questions, so visit Twitter and post your questions using the hashtag #AskAWB and check back next week to see if yours was answered.