June's Inside United is on sale now 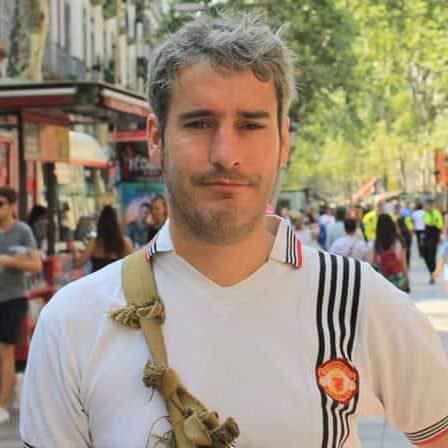 The new issue of our official club magazine, Inside United, is on sale now.

The June 2022 edition of the monthly publication stars Jadon Sancho on the front cover and, inside, is packed with Reds reading, with Erik ten Hag, Cristiano Ronaldo and Nemanja Matic among the names to feature.

Ten Hag is welcomed to the club in anticipation of his arrival, with a background piece telling his story so far, which saw him rise through the managerial ranks in the Netherlands (plus a stint working with Pep Guardiola at Bayern Munich) before his resounding successes with Ajax.

There’s also added insight into the man and his methods, plus some opinion from his homeland thanks to the Dutch Mancunians MUFC Supporters' Club.

Buy Now
Milestone machine Cristiano hit yet another recently, notching his 100th league goal for the Reds. That landmark gives Inside United the cue to look back on Ronny’s century of strikes in the Premier League – going back to 2003! – and pick out some special ones on the way to the ton.

On the back of that, the magazine lists and profiles the 13 players in club history to have reached the 100 league goals milestone prior to Cristiano, from the first, Joe Spence, to the previous most recent, Wayne Rooney, via the likes of George Best, Denis Law, Bobby Charlton and Ryan Giggs – a killer cast of club goalscoring royalty.
Cover star Jadon Sancho is also in the mix inside, giving his quickfire answers to questions sent in by United supporters (you’ll hear about the past Old Trafford legends he’d love to have played alongside, his favourite film… and why he loves cats but not dogs).

Jadon also reflects on his first season as a Manchester United player, promising that he is “only going to get better and better” as he works hard and develops.
Sancho’s five United goals so far Video

Watch all five of Jadon’s strikes in a red shirt to date - including his equaliser at City...

There’s plenty more in the issue too, including a tribute to the ever-classy Nemanja Matic as he bids farewell to United this summer, a Dutch seam that includes a picture gallery of our Netherlands connections (we have all kinds – yes, including Rotterdam ’91) and an archive interview with Ruud van Nistelrooy from the December 2002 issue of the mag (a fascinating snapshot in time).

Plus, there’s a tribute to 1970s stalwart Martin Buchan honouring the 50th anniversary of the Scottish centre-back’s Reds debut.

Our incoming manager took charge of the Dutch champions as they closed out the Eredivisie season.

With United Women and the FA Youth Cup-winning Academy side also covered, as well as evocative vintage supporter shots from the United Fan Culture Archive, there’s a ton of Reds content to be had in the issue.

Inside United June 2022 edition is on sale in shops and newsagents, in the Megastore at Old Trafford, and can be bought online or subscribed to here.