Jaap Stam: How I seized my moment to join United 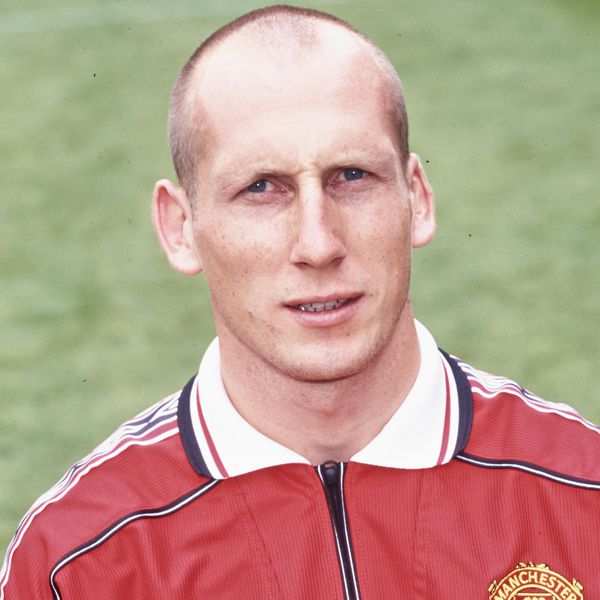 My move to United was a long time coming.

The season before I joined, my agent phoned me and told me that United were showing some interest to get me over to England. At the time, like everybody probably knows, I didn’t feel I was ready yet to sign, to make that step up. First I wanted to establish myself in Holland and at PSV and become an international. Hopefully after that I could think about going abroad to the UK, to United.

The first time around, we said we were happy to wait. PSV gave me a new contract over there, but sometimes things can go very quickly in football. Six months later, I told the club that I wanted to go because United were still following me and they were still in contact with my agent. Now I felt that I was ready to make the step.

I’ve always been a fan of English football and especially United. Everybody knows United in Holland, so it’s huge here. To get the opportunity to play for that team, you want to grab it with both hands and take that opportunity because also in football you don’t always get what you want. You can be a fan of a club but it’s never a certainty that that club wants to sign you. Sometimes you need a bit of luck as well, and that was the case for myself. I was delighted that they had come in for me again.

However, the PSV chairman, Harry van Raaij, was making it very hard for myself and for United because I’d signed that new deal six months earlier. He said: “Okay, you can leave the club, but I want to have 50million Guilders,” and that was a lot of money at that time [around £15million]. Of course, no club was going to pay that, but United were really determined to make it happen. We all wanted it to happen.

I had to make it happen.

"To get the opportunity to play for United, you want to grab it with both hands because in football you don’t always get what you want."

Normally in your contract, you’re entitled to certain clauses to maybe get a certain percentage of the transfer fee, and I was no different. I was entitled to a large amount of money if I moved to United, but for me, it was never about making money. Of course, your salary needs to be okay – that’s the same for everybody – but the most important thing for myself was to go to a big club, succeed, hopefully win trophies.

When United came, a very big club with great players, I was very excited to go over there and join them. My first thought was joining them and being a success, not making as much money as I could, so I decided that I had to give up the money to make that step to United.

They still paid a lot of money for me at that time, you know, but I was, of course, very happy that the deal went through. When I found out it was finally happening, I felt a mixture of everything. Obviously there had been a lot of stress – my wife was very pregnant through all of this – so it was a huge sense of relief and excitement to have it all finalised.

Though really, it was just the start of a busy summer. The deal was done before the World Cup, so there was a lot of pressure on me going into that tournament. Suddenly everyone knew that I was the most expensive defender in the world, so people were following my performances. Every single game, that brings something extra for you.

For me, then it was on to United. Two or three days before we went on our pre-season tour of Norway, my wife gave birth to Lisa, our first child. I went on the tour and she stayed at home, of course, but after we’d got back home to Manchester, Fergie said to me: “Go and enjoy your family and join us in a few days.”

That was very helpful. To be honest, I found everybody very welcoming when I came over to Manchester. I was lucky that Jordi Cruyff was there as well – half Spanish, half Dutch – and he was able to introduce me to everybody. He showed me around as well, because he knew Manchester and also knew his way around the club; where to go, what to do, so that was a very good thing and that made things very easy for me to get adjusted.

All the other players were very welcoming as well. Very polite, helping me with everything that I needed to do. For a big club like United, the players weren’t only looking at themselves, you know, and that was one of the main strengths of the team. Take care of the squad. Take care of each other. Help each other. Work hard for each other. With the ability that we had, that would win you games.

It was very good for me, for my development, to train against the players who were at the club at that time. When you look at the strikers we had – Ole, Teddy, Coley, Yorkie – then you need to think quick, act quick in what you want to do against them in training, because these guys can make things very difficult for you in training.

"It was very good for me to train against the players we had. When you look at the strikers – Ole, Teddy, Coley, Yorkie – then you need to think quick, act quick."

It is a big test, but that’s why you want to go abroad. Sometimes when you’re playing in Holland and everything is going so easily in what you want to do, you want to make that next step, prove yourself in Europe, in a different league, at a bigger club. Of course, a lot of countries know PSV a little bit, but everybody in the world knows United.

In the beginning, it’s quite hard. You need to have your time to get adjusted to everything in the UK. I’d gone from one country to another, quite young, starting a family, I needed to get used to the English mentality, the country, speaking English all the time rather than just occasionally. Totally different league, a lot more quality in the league, more physicality, the pace, the speed of the game is a lot higher, a lot more intense.

Why we all loved Jaap Stam Video

Why we all loved Jaap Stam

So it takes a few weeks, a month maybe, within the league to get adjusted to everything. I think that’s quite normal, especially if you come from the Dutch league because the level there – although it was ok at that time – was lower than the English league, so that gives you the opportunity to show yourself to everybody over there as well: what you can do, what you can bring, that you can be an asset to the club.

When I was lining up to make my United debut, it gave me such a great feeling. Wearing that shirt, looking around and looking at the other players on your team. There’s a lot of tension, you’re looking around, at the opposition and the quality that they have, but when you look back it’s a great experience. For a player to go over there and play against these teams, these players, it’s beautiful. Of course, it takes time to adjust to the game, the team, the opposition, but after a couple of weeks, maybe a month, everything settled down.

After that… well, everybody knows the story.

Flick through pics from Jaap Stam's successful three-year spell with the Reds.