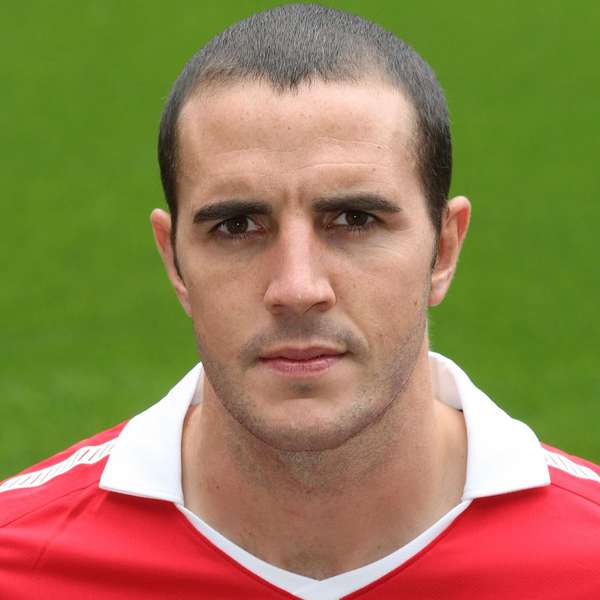 "Not many people get to live out their dreams like Liam Miller did.

As a kid, Liam dreamed of playing for Celtic and United, and he did it. He did it his way, too. He did it with so much laughter, and the smile that he had on his face for so much of it. He worked so hard to get to such a high level and play for his country too, but he was also able to enjoy it. He recognised what he had.

The fact that he left us so young is obviously an unbelievable tragedy – it’s impossible to get your head around the fact that he’s no longer with us – but let me tell you, he managed to pack so much living into his life.

Liam and I practically began our international careers together. We first met with Ireland's Under-15s and the relationship started from then. Both from Munster, both from the south-east of Ireland; Cork is next-door neighbours with Waterford and we got on great from almost the very first time we met.

I was very close to going to play with him at Celtic just before I joined United. We’d been successful with Ireland at Under-16 level, winning the European Championships, and I was very close to going up to Celtic after that, but in the end I chose United. In the meantime, we continued to meet up every so often with the international teams, from Under-17s, 18s, 21s and then finally to the senior team together.

Every time we used to meet up with Ireland, at whatever level, Liam used to bombard me with questions. He wanted to know about the United players. Asking about Roy Keane, asking about Paul Scholes, asking about midfield players because they were the ones he was mainly interested in.

In late 2003 and early 2004, there were a lot of rumours that Sir Alex had been up to watch Liam playing for Celtic in the Champions League and that he was interested in signing him. I still vividly remember the day I heard for sure that he was coming to United. I was in the canteen at Carrington, having a bit of toast, and the manager came in.

It was a great moment, hearing that.

Denis Irwin, Paul Scholes, Ryan Giggs and Roy Keane were among the legends who played in Tuesday's game for Liam Miller.

Obviously, when you have a friend like that join the club you’re at, you try to help him settle in as much as possible. He came down with his wife Clare and a young family, he found a house to settle in and you’re doing all you can to make him at ease. I have to say, it wasn’t just me, though; the whole dressing room tried to help him settle because it was that type of place. Whether you knew players in the squad or not, all the lads made you feel welcome.

Liam always seemed very quiet initially when people met him, but once you got to know him, he was a great, funny lad and we all got to see that in time. It took him a little while to settle in Manchester, but that’s just the norm because of the challenge that he had to get into the team as well. It was such a tough task he had to get into that midfield.

There’s a perception that Liam was always a quiet lad, but he had the type of persona that people outside looking in wouldn’t have been able to understand. In the dressing room he was very lively, great fun to be around, whether with club or country. Remember, it’s always the quiet ones you have to watch. He was always up to something. He always seemed to be able to get away with it, too!

There’d have been some practical jokes going on in the dressing room and you’d be looking around to see who’d been behind it. You’d look at Liam and he’d just have that face that would make you think:

He should have been top of the list when you were looking for the culprit.

When the players went out as a group together, he had this incredible ability to just disappear when he’d had enough. He’d just vanish away. You’d try to get a message to him but then you’d realise he’d had enough and decided time was up. It’s quite a skill, that - I think he learnt it from Scholesy!

Off the field, Liam was a great lad, but we can’t forget that he was an extremely talented player, too. I’d seen his ability for years. It was tough for him to get into the United team at that time because the competition was so fierce. Sometimes he was playing out to the right-hand side when he would have preferred to be in the middle, but it was so hard to get in. He knew that competition existed when he came down from Celtic, but he was willing to take that challenge on because he had faith in his ability to make an impact and prove himself at United. He was a really exciting box-to-box midfielder and he could score great goals too - I remember one he scored for Ireland at home to Sweden; he turned, ran with the ball and just stuck it in the top corner from around 25 yards out. It was a very special goal.

He was a top professional, too. So energetic and unbelievably fit. In fitness tests, he’d smash the bleep test and be right up among the top results. His energy was incredible. That’s one of the reasons it’s so hard to comprehend what happened with his illness. It makes it even sadder because he had amazing fitness levels.

I’d stayed in touch with Liam towards the end of his career when he’d travelled around and played in Australia and America – sending each other messages and so on – but towards the end of his life, it was Graham Barrett, our former team-mate in the international youth teams, who was keeping me up to date on how things were going. He’d pass messages to Liam for me, then I’d have other lads from the Irish youth teams messaging me to find out the latest because they’d been hearing all sorts of inaccurate things on social media. It was an absolutely horrible time, I’m sure one of the saddest parts from the family’s point of view was that people were trying to guess what was going on.

The big thing for Liam at that time was that he had an amazing family around him, who just gave him the most unbelievable support. He came back to Ireland for Clare and the kids to have that support with his family. I’ve known Liam’s mam and dad, Bridie and Billy, for a long time and they were so, so, so strong for everyone. It was incredible. That’s what Clare and the kids will get huge comfort from now: the support from Liam’s family around Cork, or Clare’s family in Glasgow. They’re amazing, they’re never far away and they’ll always be there for them.

Funerals tell you a lot about a person’s life and how they were viewed, and Liam’s certainly did. The turnout was amazing. The football families of United, Celtic, Ireland, Sunderland… even his youth teams were represented. It was an unbelievable tribute to him and one befitting of a very popular young man.

That Irish youth team that won the European Championship 20 years ago met up for a reunion earlier this year and the big thing we spoke about was Liam, and how we could remember him in the right way. He was a big part of that team and we all agreed to keep meeting up every year or so and to ensure we remember him.

Since Liam left us, his family and friends have already been trying to stress that he got so much into his life. For his kids, as they grow older, I think they’ll realise what special things he achieved, to reach the level of the game that he did. To play for his country, win things, play for the top teams in Scotland and England, it was an amazing achievement. Those are memories that his kids and family will always be able to cherish and look up to.

They can all be so proud, and every day, of the life Liam lived – it was the life he dreamed of living."

*This article was first published on Tuesday 25 September 2018.