eFootball.Pro: The season so far 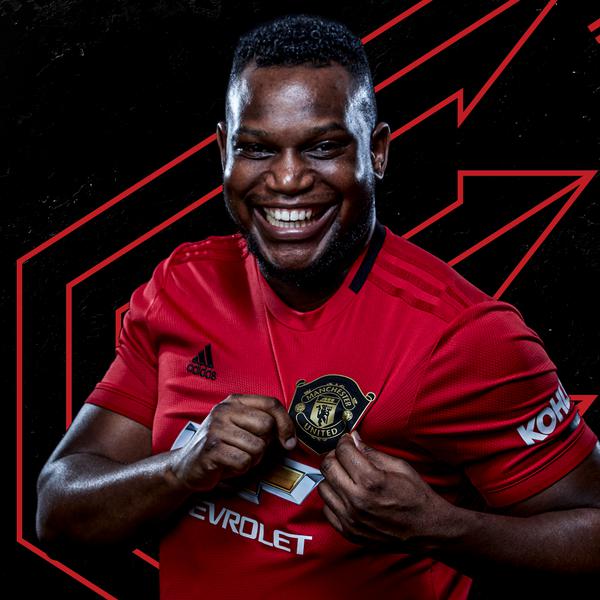 Our Konami eFootball.Pro campaign looked destined to start well after a positive pre-season.

During the 10-day training camp we played practice games against a number of teams competing in the tournament, of which we won most of them. So our confidence was high when the competition officially started.

We were confident enough that we would finish in the top three during the regular season. But then, the overall ratings of many players were adjusted and we had to adjust our team accordingly, using a different line-up and spending time training with it.

Even so, we still did really well with all these changes. And our confidence didn’t falter.

After the 10-day camp, there was still one week left before we had our first match day. During this week in practice we lost many training sessions, which was a bit surprising, but we reassured each other so that our confidence didn't drop.

It was time fly out for the first match day against Bayern Munich. Ahead of the games we knew that they were a relatively new team and it would be a good time to play them and hopefully get some points on the board. Early into our practice sessions, though, we found out that some of the formations and tactics we had created did not work and we had little time to try new ones.

So Kams, Mikolaj and myself focused mainly on one tactic and we played really well. It resulted in four points against Bayern. The first game we won 3-2 by scoring the winning goal in the 83rd minute. The second game we drew 0-0. Bayern Munich had so many chances, but we were saved by David de Gea.

As a team we were so happy with the four points because Bayern Munich are a contender to win the tournament. These results meant that we were in third place after the first match day.

For our second match day, we were up against Arsenal. During the two weeks of training there was a lot of banter between the Gunners and ourselves. Their captain and Kams are friends so there is also a little friendly rivalry. We wanted to win this game really bad, so we trained a lot.

During those sessions we changed some tactics, the formation and the line-up. From originally playing with wingers and two up front, we went on to use three centre forwards. It went well in practice. So we believed we should not get anything less than all six points.

When we arrived in Barcelona again for the match we heard that we got the best goal of match day one, scored by Mikolaj. This boosted our confidence. We practiced with different teams and it went well but on the day of the match we trained so much that during the game none of us reached our normal level. Nervousness might also have played a big part because of the rivalry.

We did not play a good game even though we had some good chances, so we only managed to win one of the two games, securing three points out of a possible six against the team who were bottom of the table at the time. But we still managed to stay in top six and we were in fourth place.

We decided to change things for the next match day and played with a different set up. Mikolaj, Kams and myself had competed against Bayern and Arsenal, but for our two matches against Celtic we decided to go with Kams Wishal and myself. It would be a game against my former esports team and teammates.

For Wishal this game meant his debut in the eFootball.Pro competition. We have four great players in our squad, so it’s great to have options to change players and tactics, but with hindsight maybe a lack of practice with this line-up cost us.

We believed that it was very possible to get good results against Celtic. After match day two they were in last place with just one point. On the day of arrival in Barcelona we had some great practice sessions. Unfortunately we did not get the results we wanted. We played two very strong games against the Hoops, but three personal defensive errors cost us all six points. The first game saw us leading 2-1 lead, but a goal in the 92nd minute by not marking the player that made the run ended up in us drawing.

In the second game, passing the ball to our opponent resulted in the equalising goal. And failing to clear the ball led to us losing the game, which meant we walked away with just one point. The disappointment was huge. For the second match day in a row we had gifted points to the team at the bottom of the table.

Some hard but true words were said amongst us. We left with mixed feelings because even after getting one point we were still in fourth place in the standings, although we could have had five points more and our next opponents were one of the best teams in Juventus.

For this match day, we decided to change the setup again. After getting only one point due to personal errors and missed chances we knew that we needed the goals of Mikolaj again. So we decided to go with Kams, me and Mikolaj.

We decided to keep the same tactics and formation because we felt our overall performance was strong. However, our practice session in Barcelona before the match day was not so good as we did not win many games.

Our level was very inconsistent so it might have effected our confidence a bit. We started the first game in sloppy fashion and Juventus scored two quick-fire goals. However we didn't give up and managed to half the deficit at 2-1 and 3-2 but than we missed a clear cut chance to draw level at 3-3.

The second game was an even contest with not many chances, but two of us did not reach the usual level. This could be because of us taking part in a practice game just before our first match. It is very hard at this level to play three games in-a-row with the highest focus.

We had the chance to take the lead but again a chance that should have been a certain goal was missed. Shortly after we conceded and lost the game 1-0. As captain I felt so disappointed and humiliated that I had to get breath of fresh air first before doing the post match interview.

Getting zero points for the first team really was a mental blow to the team. The results meant that we dropped to the seventh place, with the top six advancing to the playoff finals. We still have everything in our own hands but getting zero points hurt us. A lot.

In each practice game we tried new things, We lost many practice sessions as a result. After three days of practice we found a new system that worked well until the latest patch came out which meant that it did not work so well anymore.

With only five days left to go before the next match day I started tweaking our style of play again. All of the players had worked really hard to achieve the correct level of focus, discipline and performance, so I, as captain, had another difficult decision to make on which team to select for the match against Nantes.

Thankfully a session against Celtic convinced me that the tactics were good, so with three days to go I made the decision to play alongside Mikolaj and Kams. The first practice session with this setup against Bayern Munich was so good that they gave us lots of compliments. But the defensive tactics did not work at all a day after against Juventus. So again, the formation was tweaked a little and it resulted in a win against Juventus.

These two weeks of practice have been a rollercoaster. It is hard to make a prediction. Nantes are getting points in almost every match day and they have a good team who are full of confidence. We are trying to get back in top six, but we will have to see how these two weeks have affected us. Because we have practiced so much, we hope that we have not overplayed.

Hopefully mentally everyone is ready and on the same page. It is important to forget everything that has happened before and start with a clean slate. Because now it is time to show the world what we are made of.