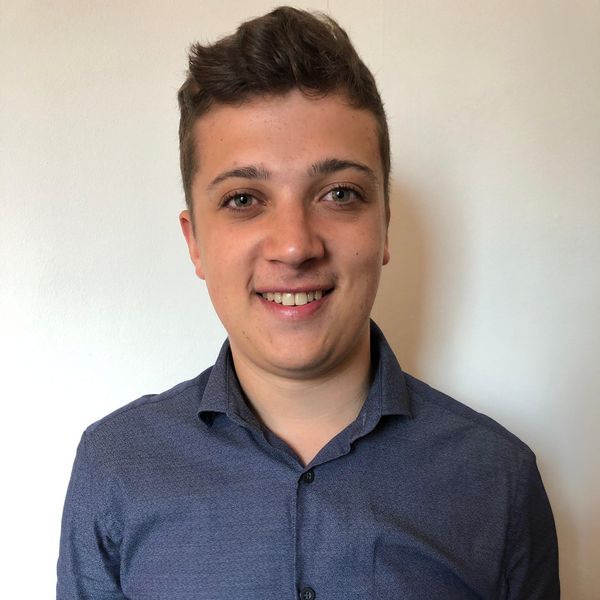 After a disappointing derby defeat against Manchester City, Manchester United will be eager to bounce back on Sunday afternoon when we welcome fellow top-four contenders Chelsea to Old Trafford.

The Blues make the 202-mile journey north on the back of a 2-2 draw at home to Burnley, while victory is essential for Ole Gunnar Solskjaer’s men if we are to maintain our bid to secure a top-four finish.

Encouragingly, we have faced Chelsea twice this season and are unbeaten in both encounters at Stamford Bridge. The Reds drew 2-2 in the league back in October, when only a last-gasp Ross Barkley goal denied us victory, before we advanced to the quarter-finals of the Emirates FA Cup with a 2-0 win in February.

Chelsea have managed just one win at Old Trafford in their last 10 games, and a win would move us level on points with Maurizio Sarri’s side.

The game kicks off at 16:30 BST on Sunday. MUTV subscribers will have access to live build-up on ‘Match Day’ from 15:00 BST, followed by live commentary. You can also follow the action on ManUtd.com and in the Official App, which you can download here.

Solskjaer confirmed on Friday that Ander Herrera could return for the game against Chelsea. "He'll probably be involved,” said the boss. “I think he's fit enough to be involved on Sunday. I can't guarantee it, because there's still two days left, but he's trained the last two days. There is also doubt surrounding the availability of fellow midfielder Scott McTominay, who missed the City game through injury. “Scott failed a fitness test on Wednesday morning,” said Ole. “So he’s going to have another one today [Friday] probably to see if he’s available.” However, the squad was bolstered by Luke Shaw's return from suspension against during the week, following his two-match domestic ban after he accumulated 10 yellow cards in the league. Fellow defender Matteo Darmian returned to the starting XI as well against City, making his first appearance since 19 January after recovering from injury. Eric Bailly and Antonio Valencia have all been absent recently, while Phil Jones missed the City game after sustaining a knee problem against Everton. Ole could provide an update on his squad in his pre-match press conference on Friday morning.

Our opponents will be without their promising England international Callum Hudson-Odoi, who recently underwent surgery after rupturing his Achilles tendon in their 2-2 draw with Burnley at Stamford Bridge on Monday night. Chelsea manager Maurizio Sarri said on Friday: "The operation of Callum went in the right way. He will be back here in one or two days. He needs time now. Callum is a very young man, physically and mentally. I am sure he will be able to return better than before." The Italian also admitted influential midfielder N'Golo Kante could miss the clash after he was replaced at half-time against Burnley with a rib injury. "We are trying to recover Kante but I am not sure at the moment," he said. Elsewhere, left-back Marcus Alonso is a major doubt after suffering a hamstring strain, but defender Antonio Rudiger, who has missed Chelsea’s last two games, is expected to return.

HOW ARE THEY GETTING ON?

The Blues' draw against Burnley was enough for them to move up to fourth place with three games remaining, before Arsenal lost 3-1 at Wolves on Wednesday evening. Chelsea have lost just one of their last seven games in all competitions, which was a 2-0 defeat against Liverpool at Anfield in their last away match. Despite the West London club occupying a Champions League qualification position, Blues fans have become disgruntled over Sarri’s possession style of football and lack of goals. However, their season could be counted as a success if the Italian can guide his side to Europa League glory. Chelsea face German outfit Frankfurt in the two-legged semi-final, which begins next week, before a possible final against either Arsenal or Valencia.

The Reds beat the Blues 3-1 in an incident-packed game at Old Trafford. Chris Smalling, Nani and Wayne Rooney scored for United while Rooney missed a penalty. Fernando Torres netted for Chelsea and missed an open net.

Eden Hazard has been the Blues' talismanic figure again this season and has had his best campaign in a Chelsea shirt, having assisted 13 goals - the most in the Premier League - as well as scoring 16 himself. The Belgium international has amassed 85 goals in 242 appearances for his club since joining in 2012, as well as scoring 30 goals in 100 appearances for his country. Of course, he scored the winner against the Reds in last season's FA Cup final at Wembley.

This will be the 183rd time that United and Chelsea have faced each other in all competitions, with the first meeting taking place in 1905. The Reds have won 75 of these previous encounters, drawn 54 and lost 53. We have emerged victorious in 10 of our 26 matches at home to Chelsea in the Premier League, with Chelsea only managing to record two wins at Old Trafford since November 2005. The majority of matches with Chelsea in recent years have been low-scoring, but our biggest victory came in 1960 when we won 6-0 at home courtesy of Alex Dawson’s hat-trick, James Nicholson’s brace and Bobby Charlton’s solitary goal. The Reds came from behind to beat Chelsea 2-1 in last season's corresponding fixture at Old Trafford. Watch the highlights below...

You can now watch the highlights of United's pivotal triumph over Chelsea in the Premier League...

Juan Mata could face his former club on what will be his 31st birthday. Nemanja Matic and Romelu Lukaku might also feature against their old employers once again.

Martin Atkinson will take control of the game on Sunday. The 48-year-old from Bradford oversaw United’s 3-1 defeat at Anfield in December and 3-1 win at Crystal Palace in February. He will be assisted by Stephen Child and Lee Betts, with Jon Moss taking up the position as the fourth official.

Our top-four rivals are all in action this weekend. Tottenham Hotspur take centre stage first, as Mauricio Pochettino’s side host West Ham United in a London derby at the Tottenham Hotspur Stadium. Unai Emery’s Arsenal side then face a difficult test as they travel to the East Midlands on Sunday to face Brendan Rodgers’s resurgent Leicester team, who still have ambitions of finishing seventh. Here's the full fixture list...

All kick-off times are 15:00 BST unless stated otherwise.