Pete Boyle: Cantona is streets ahead of everyone 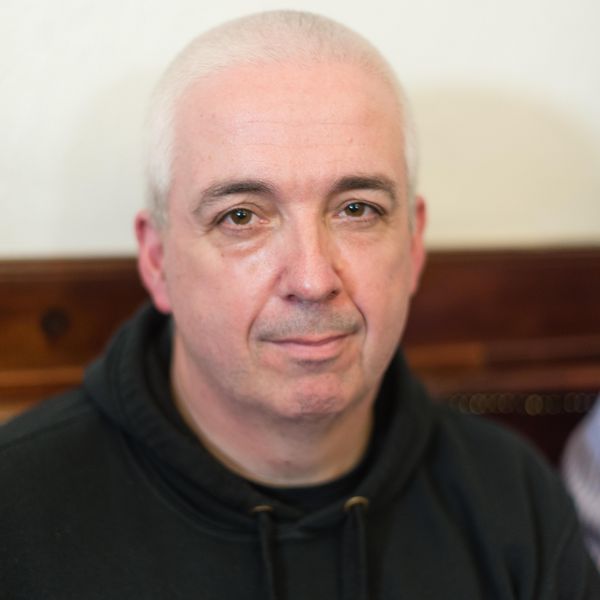 Honestly, in the summer of '92, I thought that we'd never win the league again. As daft as that seems.

Leeds had pipped us the season before, and we were 25 years without a title. And the start of the 1992/93 season wasn’t promising.
We lost away to Sheffield United, at home to Everton and then drew with Ipswich in our third game. We started to get the odd result away, but we weren't convincing.
But the signing of Eric transformed us, the league and the fans.
How would you describe King Eric? Video

How would you describe King Eric?

United supporters share their memories of the great Eric Cantona...

The day the news broke was quite mundane, really. It wasn’t like today: there were few mobiles phones, we didn't have 24-hour news. Radio 5 had been launched, but it wasn’t 5 Live like now, with camera crews and journalists everywhere.
Then it came on the news, on the sports bulletins. It wasn’t like a newsflash or anything.
Eric had done well at Leeds in his short time, but it wasn't like we'd signed a big deal, like later with Rooney or Van Persie. It was a bit of amusement, really. No-one could really believe it! We had to wait until Look Northwest or Granada Reports at six o’clock to get it properly confirmed.
Everyone thought: 'Why would Leeds sell Cantona to United?' It didn't make sense. It was almost like an April Fool’s, in the days before you had rolling news coverage.
He'd played against us at Old Trafford, and there was something about him. But you wouldn’t have beat yourself up if we hadn’t signed him.
But as soon as he came, he had this swagger. Even warming up for his debut against City at half-time, wearing no.12, you felt there was something. Then his first goal against Chelsea. Then that game against Tottenham – the 4-1 in January of 1993. He scored a header in the first half at the Stretford End, and then there was the famous pass for Irwin.

He just came into his own so quickly.
My dad's favourite players had been Jack Rowley and Denis Law. He liked the rebels. I'm an atheist myself, but my dad named me Peter because he thought of Peter as a bit of a rebel in the Bible!
I think I just associated with Eric being different. In the early days, long before the collars and ll that, I liked the fact that he was ordinary in terms of going into a pub like the Peveril of the Peak.
Generally speaking, players used to go to bars in Hale or Worsley. Posher bars. Eric went in the Bridgewater near where he lived. He quoted The Doors. He quoted artists. Growing up back in the day, reading Shoot and Match, before FourFourTwo, every footballer – with the exception of the odd one like McClair and Pat Nevin – you could have cut and pasted their comments. Favourite food? Steak or lasagne. Favourite music? Lionel Richie or Luther Vandross. The picture alongside the article would be of the player in his 1980s wool jumper, sat with his wife, looking like something off Midsomer Murders. Everything nice. Everything was safe.
All of sudden, you got Cantona, who was like Rimbaud or Jim Morrison. Someone genuinely different and outspoken about things. I liked that.

Presenting a collection of memorable images from Cantona's United career.

View Gallery
I first met him in a hotel in Budapest in '93. I was just a fan in a hotel. Everyone was getting a photo with the players, who were very friendly.
But then I met him again, when I was recording Songs from the Bathtub [an album of United songs]. You couldn't just record on your computer in your house like you can nowadays. To go into a recording studio, you had to ring round the Yellow Pages and see what you could afford.
The landlady of the Pev, her son Maurice, when we'd had a few beers after the match, he used to get his accordion out and play along with a few terrace hits – 'Oh, me lads, you should have seen us coming' [Matt Busby's Aces] and 'Eric the King’, which he learned. So we used to play all the time. There'd been football songs before, like Chas & Dave and even New Order, but there'd never been any proper fans' anthems recorded by a load of lads, without cutting all the swearing out.
One Tuesday night we went down to the Pev to rehearse. It was when Eric was injured. He had the cast on his arm, on his wrist. I think he’d missed a game. Manchester wasn't a 24-hour city like it is now; the Pev was absolutely dead. We were upstairs in the flat – Maurice playing his accordion and me singing along to these lyrics I’d typed out – and I was singing 'Eric the King'. Nancy the landlady came up and said: 'Boys, there's somebody in the vault you might want to meet.'
Yeah, whatever.
‘No, you better come down.'
So we go down into the vault, and playing table football was Eric and three guys. On a Tuesday night. A lot of people will know me, and that I'm far from shy and retiring! But I just sat down in the pub, nursing my drink, dead quiet, smiling. The guy behind the bar, Danny, went: 'I've never seen Pete Boyle so quiet! Eh, Eric, he writes songs about you!'
Eric stops the table football and goes: 'Do you?'
'Yeah'. And I had all these lyrics in my hand. He looked at me, a bit stunned.
All The Goals: Eric Cantona Video

All The Goals: Eric Cantona

Watch all 82 of Eric Cantona's goals for United during his unforgettable reign at Old Trafford...

It was just so surreal. The night that I chose to go and rehearse for the first Songs from the Bathtub, Eric's in the pub. We got chatting and his friend, Claude [Boli], started a bit of a friendship with me.
Claude used to tell me stuff. He said he'd go for a beer or a meal with Eric in Manchester, and women would come up and go: 'Eric, I'll have your children. Now.' And they were with their husbands! Eric would just smile and be polite. And the husbands would just be accepting of it, because it was Eric! I think most people had respect for him, United or City. Even Liverpool!
But on the pitch, there were so many memorable moments. I remember losing at Chelsea in ’93, but Eric nearly scored from the halfway line. Chelsea was a moody place in those days, but even their fans were applauding. I remember John Motson's commentary: 'Who needs Pele?’
The 3-2 'Galatasaray' derby game, when we came from two down at half-time. The City fans were taunting us, then Eric scored twice in the second half, before Keane got the winner. I think it was Martin Tyler on the commentary that time: 'It's like Cantona's got a baton in his hand, conducting the orchestra.’
To me, the 1995/96 season was almost perfect. We’d all thought Eric might be going, but he came back from his ban. He didn't single-handedly win us the league, but he played such a significant part with all those 1-0 wins. And then he scores the goal that makes us the first club to win two Doubles.
Liverpool could have done it three times in the 1980s, but we got there first by beating them in the final that year, with Eric scoring the winner, with five minutes to go! It doesn't get better than that. If you add on City's relegation as well... it's a perfect season, isn't it?!

Toasting The King of Old Trafford

We went to one of Eric's favourite pubs - the Peveril of the Peak - to reminisce about all things Cantona.

He could have stayed another four or five years – he could have won the Treble! But Eric, in his own way, felt that he'd maybe peaked in that 1995/96 season. He felt himself starting to decline.
Personally, I think Eric called it too soon, but at the same time, it’s very rock 'n' roll to do that. To say: I'm going to quit because I'm not quite as good as I was, and I don't want to cheat the United fans… That says so much about him.
They always say: 'Never meet your heroes, they only let you down.’ But, fortunately, Eric hasn't done that yet. He's stayed true to himself and kept that going, right up until now.
My adoration for him is on every level, really. If you listed his goalscoring record, others would argue that other players are ahead of him. But as far as his impact on Manchester United goes – and me, personally – Eric is streets ahead in my lifetime.
There's so many cliches you can say about him. But he was here for five years and the only year we didn’t win anything was when he was out.

His legacy is incredible.

Born is the King: Eric Cantona