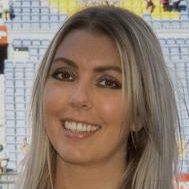 Following the United Women's visit on Monday, the players went to Royal Manchester Children’s Hospital, Francis House Children’s Hospice and The Christie, where they were delighted to help raise spirits during the Christmas period.

Harry Maguire joined his team-mates for the hospital visits for the first time since joining the club in August.

Alongside Luke Shaw, Mason Greenwood, Phil Jones and James Garner, he attended The Christie’s Palatine Treatment Centre, which is home to the teenage and young adult unit, as well as the haematology and transplant inpatient unit, where they surprised patients who are going through a difficult time in this festive period.

Harry said: “This is my first year at Manchester United but it’s a classy club and they always make sure they look after the community and local hospitals at this time of year. It’s a nice gesture, to surprise everyone, bring gifts and put smiles on faces - that’s what it is all about.”

See what happened when the Reds visited three Manchester hospitals to meet some inspirational children in need.

View Gallery
Juan Mata and Lee Grant spent time with children at Francis House in Didsbury, while the remainder of the first-team squad headed to the Royal Manchester Children’s Hospital, which is the largest single-site children's hospital in the UK, providing specialist healthcare services for children and young people throughout the North West.

Speaking at the Royal Manchester Children’s Hospital, Scott McTominay said: “It’s such a humbling experience coming here and seeing the kids with smiles on their faces. It’s one of the most important things that we do as players and staff, especially around Christmas time; these are the things we love doing the most and it’s amazing to give back to charities and the hospital.”

After his time at Francis House, Mata said: “I think it is important to give back at any time, but now it’s Christmas and obviously it’s a very important time for a lot of us and our families, so we are grateful to be able to help kids that are not able to have the happy Christmas that we normally have.”

At each site the players gave out a number of United-themed presents including signed shirts, hats and scarves, to the delight of the young patients facing a tough Christmas period.

Joe, 18, a patient at the Christie and huge United fan, was thrilled to meet the players.

“It was really good fun," he said. "They brought some really good gifts and presents and to be honest it’s certainly made my month. Having treatment isn’t the most exciting thing in the world so this sort of treat has been a real bonus – especially after our win at the weekend!”

Find out more about our annual hospital visits by visiting mufoundation.org.

Solskjaer: Get behind our FA Youth Cup campaign