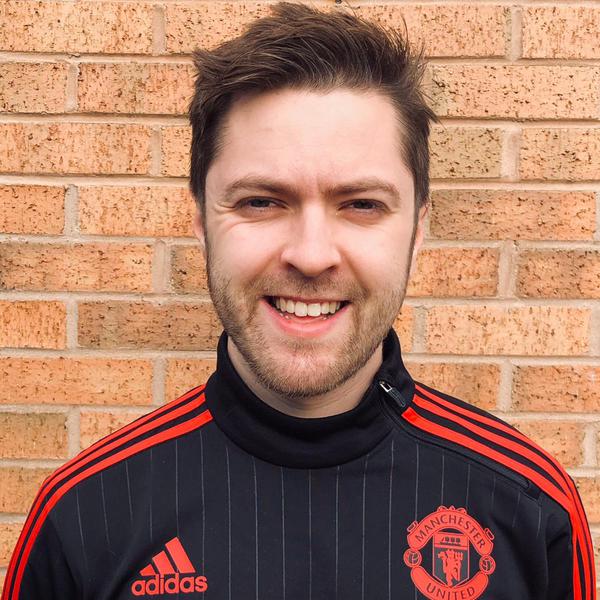 A Manchester United Foundation support fund has enabled its partner schools to provide essential IT equipment for students throughout the Covid-19 pandemic.

The importance of community has never been more pivotal than over the past 10 months during a global pandemic. As ever, the Foundation has sought to engage with our partner schools, helping out in numerous ways including providing financial support for vital IT resource.

A donation of £10,000 was made to each of our partner secondary schools and colleges at the start of the pandemic, and with classrooms suddenly made redundant and learning now a home-based activity, many opted to spend a large portion of the fund to provide students with access to laptops, tablets and other devices. This resource has never been more essential to ensure that the students’ educational development remains unhampered during their time away from the classroom.
Conor Muldoon, the Foundation’s school partnership officer at Brentwood Special School and Community College in Sale, highlighted how the IT resource is crucial, not only for the educational development of the pupils, but for their day-to-day living.

“The donation from the Foundation has been life-changing for some of our pupils,” Conor said. “For many, the resources that have been provided are the difference between having access to learning, and not having access to it. It would otherwise be left to the parents to fund the device and many would simply not be able to afford it.

“The tablets that we have given to our students enable them to interact with teachers and classmates and allow their learning to continue, despite the obstacles posed by the pandemic. Additionally, some of our students are non-verbal and will use the device to communicate to their siblings and parents at home – improving their quality of life immeasurably.”
The Foundation's support has also been well received by staff and parents alike, with teachers recognising the stability and continuation of a normal routine that the laptops and tablets provide.

Nic Reeves, a college teacher at Brentwood, said: “Without this very generous donation from Manchester United Foundation, pupils of ours such as Nishaan would have had to share a device with his siblings who are also home-learning.

“Nishaan is a non-verbal communicator and also has sensory needs, so he enjoys using the art and music apps for sensory stimulation. I know that his family were so very grateful to receive the tablet at the start of the first lockdown.”

Edwin, another non-verbal student at the school, has been able to enjoy listening to stories on his tablet that have been recorded by his teachers.

“As soon as he heard the teacher’s voice he immediately started shuffling towards the iPad,” Bejoy, Edwin’s dad, said. “He’s thoroughly enjoyed the learning material that the school have provided him with and there was lots of smiling and clapping whilst he was listening to the story. Had he been in school, I know he would have given his teacher a big hug!”
Elsewhere, at Waterhead Academy in Oldham, our resident school partnership officer Adam Turner explains how the funding went even further than providing just the devices alone.

“Our school spent over £7,000 ensuring that those pupils who did not have access to IT equipment were able to continue their learning at home: we provided laptops, carrying bags and covered the warranty on the items,” Adam told us.

“In other schools, money has gone towards ensuring pupils have the suitable infrastructure in their home, such as dongles for those with limited internet access. These are things that many of us take for granted, but not everybody has access to. Following the changes that the pandemic has enforced on everyday life, it is now an absolute necessity.”
Back in July, the Foundation also teamed up with Trafford Council to help facilitate the distribution of hundreds of laptops to disadvantaged children, families and young adults in the local area. Of the 646 laptops allocated to the council, Manchester United Foundation volunteers helped deliver 318 to 36 schools across the borough.

With difficult months still on the horizon, the Foundation continues to support its partner schools and young people in the community in any way possible.

If you would like to donate to ensure that we can continue our work, please follow this link: www.mufoundation.org/donate.