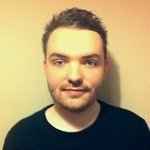 The cool finish beyond Ederson was Rashford’s 16th goal of the season in all competitions.

The homegrown hero's latest strike also brought with it a swathe of notable stats that highlight the 25-year-old’s remarkable consistency and place in the history books.

'Let's keep the momentum going!' | Marcus Rashford speaks to MUTV after our 2-1 win over Manchester City...

Rashford has netted eight in seven matches since returning from the World Cup in Qatar, and he now just needs to score in the next home game against Reading on 28 January to break a long-standing club record.

The goal against City means Rashford has now scored in nine consecutive home games, matching the feat of Dennis Viollet, who did the same in 1959. The Reds face three consecutive away games before he will get the opportunity to elevate himself above Viollet’s heroics.

Rashford’s home run is even more impressive when you consider he is now well clear of Wayne Rooney, Ruud van Nistelrooy and Cristiano Ronaldo, who all put together runs of six consecutive home games with a goal during their time at the club.

It is also worth noting that Teddy Sheringham scored in nine successive appearances at Old Trafford in 2000, but not in nine consecutive United home fixtures, as he missed the Reds' 3-0 win over Leeds in the midst of his hot streak.

Rashford has also matched van Nistelrooy’s run of seven consecutive games with a goal, counting home-and-away matches, so will be in a position, if fit after his knock on Saturday, to break the Dutchman’s number against Crystal Palace on Wednesday.

Ten Hag was nearly without his star man for the second half against City after Rashford went down apparently complaining of a hip injury. He battled on and re-emerged for the second-half, though, before sending the home crowd into ecstasy with his late winner.

Rashford has shown himself as a clutch player for us this season, scoring vital goals in wins over Liverpool, Arsenal and now City.

His pace threatened Pep Guardiola’s side all afternoon and his goal was a deserved reward for his efforts to get into the box to latch onto Alejandro Garnacho’s cross. Palace are now in his sights.

Ten Hag: All my players were brilliant