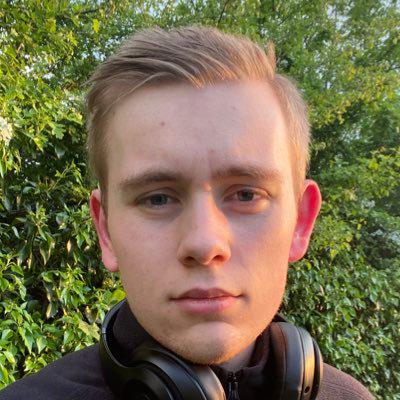 Manchester United travel to Turin to face Real Sociedad in the first leg of our UEFA Europa League round of 32, at the Allianz Stadium.

It’s a competition we know well, having won it in 2017 and made it to the semi-finals last term.

If the Reds want to qualify for the latter stages of the tournament this time around, we’ll have to navigate past tricky opposition in Real Sociedad, a side who enjoyed spells at the top of La Liga earlier this season.

Ahead of our trip to Italy for Thursday’s game, here’s all the key pre-match details.

The first leg was originally scheduled to take place at the Reale Arena in San Sebastian but travel restrictions imposed by the Spanish government saw it moved to Italy.

As usual, the tie will still be contested over two legs, including the second at Old Trafford on February 25, and will include both VAR and the away goals rule should the teams be level after 180 minutes.

If the sides also are level on away goals, the tie will be determined by 30 minutes of extra-time and, if needed, penalties. Teams are also able to make up to five substitutes in Europa League games this season.

The winner after two legs will move on to the last 16, which will be played on 11 and 18 March, with the draw to be made on 26 February.
Don't miss MUTV Group Chat with Scholesy Video

Our latest episode of MUTV Group Chat is a 26-minute belter with Paul Scholes, who is typically honest in his views...

The game kicks off at 17:55 GMT on Thursday evening and will be broadcast live in the UK via BT Sport. You can also follow the action via ManUtd.com and our Official App, where you’ll be able to enjoy live, in-game data through our Match Centre. MUTV will also be providing build-up, live radio commentary and post-match reaction, and will show full reruns of the 90 minutes from the following day. The Match Day Live show on the channel starts at 16:50 GMT.

THE STORY SO FAR

Our 2020/21 European campaign started in Group H of the Champions League, alongside Paris Saint-Germain, RB Leipzig and Istanbul Basaksehir.

A good start to the group stage saw us pick up impressive victories over both PSG and Leipzig in our opening two fixtures; a 2-1 away win in Paris and a 5-0 demolition of Leipzig at Old Trafford.

But three defeats from our next four games meant that we would finish third in the group and would transfer over to the Europa League.

As for Real Sociedad, they qualified to the knockout stages after finishing second in tough group alongside Napoli, AZ Alkmaar and Croatian side HNK Rijeka.

After becoming the surprise leaders of La Liga at the start of this season, Real Sociedad have experienced a slight dip in their early season form, winning three of their last 13 league games to leave them currently fifth in the table.

Despite this, the Spanish side have won their last two matches, including last weekend’s 1-0 victory over Getafe.

Meanwhile, United are unbeaten in our last five in all competitions, but did suffer a disappointing 1-1 draw against West Bromwich Albion at the weekend.

It was widely reported last week that key man Mikel Oyarzabal would miss the first leg through injury, but the winger made a shock return to the team at the weekend, and played 79 minutes in the 1-0 victory over Getafe.

As for the Reds, Paul Pogba and Phil Jones remain unavailable through injury. Ole may opt to rotate his squad for Thursday’s match and is expected to give an update during Wednesday’s pre-match press conference.

👉 The premise is simple but the game is tough: read five cryptic clues and try to identify the mystery United player...

The Reds could come up against former United winger Adnan Januzaj on Thursday.

Januzaj has featured 21 times for Real Sociedad in all competitions so far this season and has scored twice.

Fans will also recognise former Manchester City midfielder David Silva, a man who left the Premier League last summer following a decade with the Citizens, while ex-Arsenal defender Nacho Monreal is also included in their ranks.

Our only two previous meetings against Real Sociedad both came in the group stages of the 2013-14 Champions League.

The Reds beat La Real 1-0 at Old Trafford thanks to a second-minute own-goal from Inigo Martinez, while we played out a goalless draw in San Sebastian.

Manager Imanol Alguacil has spent the best part of a decade involved in the Real Sociedad coaching set-up, and was given the senior job in December 2018.

He guided the club to ninth in his first campaign and finished sixth last season, while also leading the club to the currently postponed final of last season’s Copa Del Rey against rivals Athletic Bilbao.

Video
How well do you remember our last trip to Turin?
WHEN ARE THE OTHER TIES?

All 16 first legs will be played on Thursday, with the games spread across two kick-off times. Premier League rivals Arsenal, Tottenham Hotspur and Leicester City have made it to this stage of the competition, as have Scottish side Rangers. Here is the full list of fixtures…