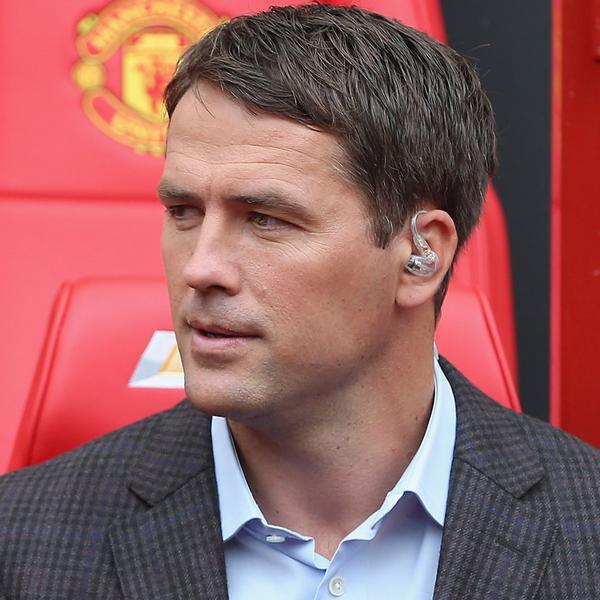 The Manchester derby of September 20th is a match that’ll go down in footballing folklore – more for the red side of Manchester than the sky blue of course.

City were undeniably on the rise, but still just the noisy, upstart neighbours.

Carlos Tevez had just moved from United to City; there were billboards all around the city that read ‘Welcome To Manchester’.

Mark Hughes thought they had the potential to claim bragging rights in the city. Sir Alex thought otherwise and was at pains to say so in the build-up.

There was more bad blood in the game than there had been for a long time. The scene was set for a classic – and for once the action exceeded the hype.
Classic Match: United 4 City 3
Michael Owen says

"City were undeniably on the rise, but still just the noisy, upstart neighbours. Carlos Tevez had just moved from United to City; there were billboards all around the city that read ‘Welcome To Manchester’."

As I sat on the bench watching the action pulsate from end to end in a sold-out Old Trafford, I thought, this is exactly why I signed.

As Sir Alex gestured for me to get ready after 78 minutes with the score hanging in the balance at 3-3, I thought, I’m scoring the winner here…

From what I remember, play had broken down and the ball had been cleared. As I was jogging back out to get back onside, I suddenly noticed that Micah Richards was horrifically out of position.

Meanwhile, the right-back was far too wide.
Normally, there would be no space to thread a ball in this situation. City had just cleared a ball and had numbers back. However, as play developed and Giggsy took a touch, I could smell an opportunity arising.

Micah Richards was over covering and there was a void in the right-back position. I was at pains to show no emotion. Waving my hands too early would have alerted somebody to the danger.

At this point, I could easily have stayed where I was and made Giggsy’s pass harder. Of course, he would have played it. There isn’t a ball Giggsy can’t play. But I had to maximise our chances of scoring. I pulled out as much as I dared, to give him an extra three or four yard channel to pass into.

In these split seconds I was weighing up angles and percentages. Pull out too wide and I’d make his pass easy but my finish harder from a tighter angle. Stay narrow and I’d make Giggsy’s pass a difficult one.
Classic Match: United 4 City 3
Michael Owen says

"I could easily have stayed where I was and made Giggsy’s pass harder. Of course, he would have played it. There isn’t a ball Giggsy can’t play. But I had to maximise our chances of scoring."

Calculations made, it was time to angle my body to give Giggsy the sign that I was ready. Even still, he had to rap it into me hard. Openings on the edge of the box rarely last more than two seconds. He had to smash it at me as hard as he dared, but not so hard that it made my first touch too difficult.

I put both hands in the air at the last moment, just to make certain that he’d spotted me… and he just lifted his head and swung that cultured left foot. He literally had ten yards of space to hit it in. It sounds easy, and for Giggsy it is easy – but you’ve still got to do it under pressure. And he did.

As soon as he hit the pass, I knew exactly what the picture was. From there, all I had to do was concentrate on the first touch. I knew that, if I took it too wide, I’d have a one in 10 chance of scoring. I had no choice but to receive the ball on the outside of my right foot and kill it dead. From there, it would be, in theory, automatic mode.

All of this sounds easy, but as soon as I saw Giggsy lift his head, every ounce of my body was screaming, oh my God… goal!
Classic Match: United 4 City 3
Michael Owen says

"All of this sounds easy, but as soon as I saw Giggsy lift his head, every ounce of my body was screaming, oh my God… goal!"

As much as my eyes lit up and my heart was pounding, I wish I could explain how cold you’ve got to be in that situation. I’ve often thought about how I learned to control myself when the footballing equivalent of a million pounds is in front of me and all I need to do is reach out my hand. With hindsight, I think it’s a combination of inherent ability and practice.

Obviously I’d seen every conceivable kind of finish over the years. There was no nervousness about the practical act of scoring. But still, in a situation like I was in, 3-3 in a Manchester derby, you just can’t help being overcome by the enormity of the situation.

So, during the one and a half seconds it took for the ball to arrive, I shut everything out apart from total focus on the first touch. Giggsy was gone. As everyone in the stadium’s heart rate went up, mine, the goalscorer’s heart, went the opposite way. The crowd…didn’t exist.

Shaun Wright-Phillips, scrambling back to challenge me – forget it. At that moment it was just me left in the Old Trafford penalty area – alone in my head with just that first touch for company.
Classic Match: United 4 City 3
Michael Owen says

"Old Trafford exploded. The manager and my fellow players besieged me. Rio Ferdinand was the most relieved man in the world because it was his mistake that led to City’s third goal."

It all happened in a split second. Again, the target was tiny. The odds were stacked against me, in favour of City keeper Shay Given. The first touch was bob-on. Then I hit it – a straight prod with my right foot because that was all I could do – and, again, that thought, that’s in…

And then I let the world back in again.

The manager and my fellow players besieged me.

Rio Ferdinand was the most relieved man in the world because it was his mistake that led to City’s third goal. I remember during the celebration near the corner flag some emotional and highly-charged words from him along the lines of ‘you just saved my f****** life, mate.’

In the moments and hours after the game, there was a huge feeling of joy and relief. I’d scored an iconic goal in such an important game.

I knew right then that it was a moment I’d always be remembered for.

'Michael Owen: Reboot – My Life, My Time', published by Reach Sport, is on sale now in hardback, ebook and audiobook.