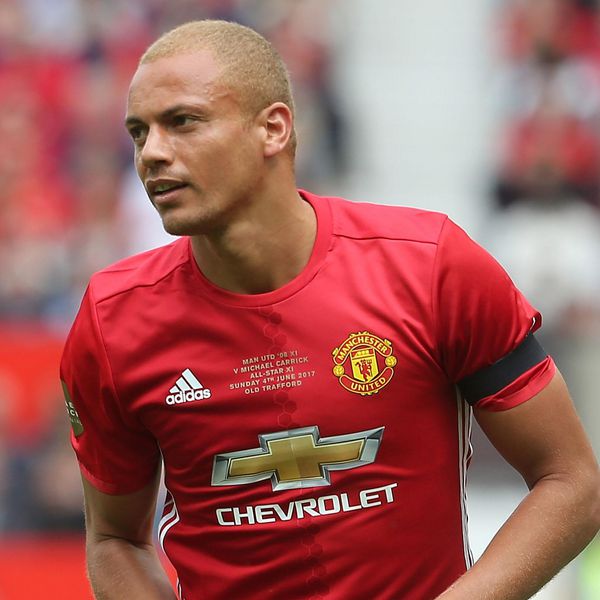 With former Manchester United defender Wes Brown celebrating his 40th birthday, we look back at his exclusive 'My Football Life' interview from earlier this year.

In the chat with our matchday programme United Review, the MUTV pundit reveals how he swapped karate for football, idolised Danny Wallace and lived for defending…

My earliest proper memories are when Danny Wallace was still playing. I used to play right wing then, probably at 10 or 11, and when we played in the street I wanted to be like Danny Wallace. The first World Cup I can remember was 1986, but the first one I really watched was 1990 in Italy.

My path was a little bit different. I didn’t start playing for a Sunday league team until I was about 11. Before that I used to go to Shotokan Karate, trying to build up all my belts, but I failed my black belt twice when I was nine, I think, so I told my dad I didn’t want to do it anymore. I only used to play football on the street and then I started at Fletcher Moss. That’s where I was spotted by United. From there I was involved with the national centre at Lilleshall and I signed professional with United when I turned 17.

#TBT to 1997 and an incredible photoshoot round at Wes Brown's house.

We trained on the Friday and big Pally [Gary Pallister], being the joker that he is, said I was starting, so I honestly didn’t sleep at all that night. The next day I got to the ground and I wasn’t starting – so that was a relief straight away! You’re nervous, of course, but funnily enough I wasn’t tired even though I hadn’t slept. Eventually around the 60th minute, the gaffer just said: 'Warm up, you’re coming on'. You don’t really think about it at the time, you just concentrate, so you’re not really taking it all in until after the game. It was against Leeds, in the next to last game of 1997/98. Arsenal had already won the league so the gaffer started putting a few of the younger lads on the bench and I came on for Pally. Me and Jimmy Floyd Hasselbaink had a race to the ball and I beat him, and I always remember telling my mates afterwards that after I’d knocked the ball out, Jimmy ran past me and said: 'Wes, slow down son!' I was just buzzing that he knew my name!

It’s probably 1998/99, just for the fact that it was my first full season and so much happened. We played against so many fantastic teams, not just in the Premier League, but in Europe too. I didn’t play in the latter stages of Europe, from the quarter-finals onwards, but I was involved in the group stages and it’s an experience that, believe me, if it’s your first one, it’s going to be difficult to beat. Probably my best footballing season was 2007/08 when we won the Champions League again, but nothing quite tops the Treble season.
Greatest game

I always liked the [2008] Champions League semi-final against Barcelona. When Scholesy scored that screamer, I was right behind it, centre-back with Rio, and what a goal. Even after that, it was difficult because of the quality of the opposition and if they scored, we were probably out. But our whole team was focused. It was something we all wanted to do and we had the players to do it. When you get to that stage, that late on in the season and you want it so much, the team in general just brings a little bit more out of themselves and gets the job done.

There’s a few, but I’ll probably go for John O’Shea. I basically played my whole career with Sheasy – even when I left United we went together to Sunderland! There’s a good bunch of us who are really close: me, Sheasy, Fletch, Rio, Wazza, Patrice… there are more as well. We’re all still in touch to this day, chatting in our little group on WhatsApp, so we’re all still good mates.
Wes Brown says

“Anything can go wrong when you make your debut: you could have a bad game and things go a different way, but luckily I had a few good games and suddenly I was in the squad.”

Probably my debut, maybe scoring my first goal. As a kid, you leave school at 16 and if someone tells you that in two years you’ll be playing in the first team, it’s hard to believe. Just putting on the shirt… anything can go wrong when you make your debut: you could have a bad game and things go a different way, but luckily I had a few good games and suddenly I was in the squad, ready to play as many as possible.

Arsenal at one point, then Chelsea. Liverpool was always my favourite game but they weren’t really pushing for titles at that point. The hardest player I’ve played against was Zinedine Zidane because I just couldn’t get near him. He played left midfield and I was right-back. When I went tight on him he just opened up everything else down my side, then when I didn’t go tight it gave him more time on the ball. He was very clever. I remember walking off the pitch after that game feeling like I hadn’t played. I hadn’t touched anyone, kicked anyone or been involved. He was elite. He knew exactly what to do all the time and his team-mates knew that too, so they were just getting into the holes that I’d left. One of my toughest games was against big John Hartson… also Duncan Ferguson. I like to play tough and these guys are trying even harder. You learn along the way that you play them a little bit different. At that time I was only young, trying to fight them. I was a little kid at the time, so they were good learning sessions for me.
International recognition

I was in England’s squad for nearly 11 years and although I didn’t play that many games, it was good to be a part of it. We had some fantastic players coming through and I enjoyed it when I did play. Going to the 2002 World Cup was good as well, but the highlight has to be scoring against Czech Republic at Wembley [in August 2008].

Defending. That’s it. I just love defending. I wasn’t really bothered about going forward at all. If a goal went in against us, even if it wasn’t on my side, I’d be so disappointed. Our main focus was always keeping clean sheets and I loved that. Making tackles, smashing a clearance away, winning anything in the air, putting your body on the line, anything that was necessary.
Wes Brown says

"Playing a little bit injured, you can’t do that at United. They need the best players performing top end all the time. Looking back, I had two really bad injuries early on but managed to get over them and back in the team – so I can’t complain."

There’s a point when you know it’s going to come. The gaffer brought in Chris Smalling, Fabio, Rafa, and I kept getting little niggles so I couldn’t play every game. When you’re playing at United, you need to be fit and ready to be picked for every match. My last game was against Bolton in 2011 and I think I knew after that. I wasn’t really up to my standards, playing a little bit injured, and you can’t do that at United. They need the best players performing top end all the time. Looking back, I had two really bad injuries early on but managed to get over them and get back in the team – so I can’t really complain!

I go to games all the time. I didn’t go when I played with other clubs, just out of respect, really, but I’m lucky enough to do stuff with the club now, go to all parts of the world like on the recent pre-season tour, and when I did come back it was just like I’d never left. I’ve been impressed by what I’ve seen in pre-season, Ole knows the club inside out so hopefully we’ll be in for a good season this time around. I’m looking forward to it.

Internationals: Which Reds are in action?