UTD Unscripted: 'The Day I Kept My Feet' 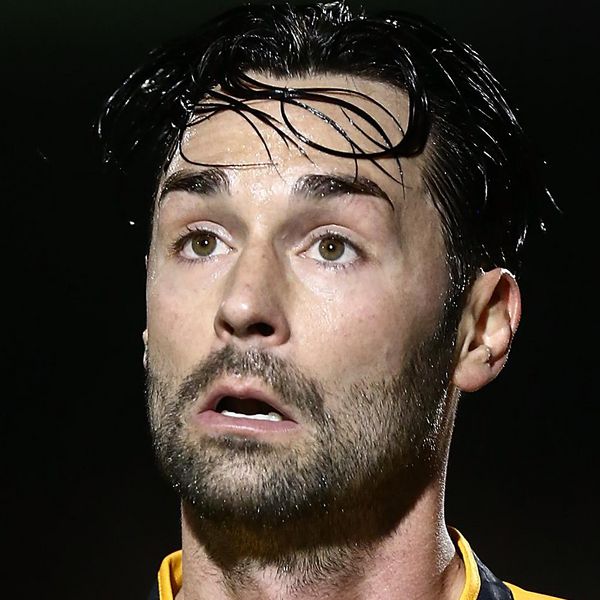 Firstly, I need to clear something up.

That day at Goodison Park, it was my studs. It was Albert Morgan’s fault.

But I’ll get to that.

There’s only one club for me and it’s always been Man United. I’ve always followed United. As a young kid, I remember watching at home when they were in the green and yellow kit, Giggsy when he had his long, curly hair and his big hairy chest. The sponsor was Sharp, the shirt had the big shoelaces in the neck. Later on they had Old Trafford printed in the background of the shirt. I’d be sitting there at home, watching these amazing players in these awesome kits, and thinking:

So when I was scouted by Malcolm Fidgeon, the same man who scouted David Beckham for United, you can imagine how I felt. I absolutely loved it. I remember everything about my time at United, even my first day at Littleton Road and my first day at Ashton on Mersey school. I moved to Sale to live in digs with a foster family and everybody around there was a United fan. It was a dream. Even now, I only live in Hale, so I still go over and see my foster family once a week.

Fraizer Campbell was living there too. I’m still great mates with him, one of my best mates. He’s just moved back up to Hull from Crystal Palace so I’ll be seeing him more now. Danny Webber as well. Loads of the lads I played with. I’ve been to other clubs in my career and I genuinely believe there’s a special bond you get at United. You never lose friendships, it’s very strange. That all came from Sir Alex Ferguson and whatever he did to the club. For me, Sir Alex is God, because he created everything. He’s the one. The godfather. He’s such a genuine guy, so nice, but even now, when I see him, I feel like a 14-year-old kid. He’s so intimidating, even though he’s such a great guy. He’s the boss.

“There was no arrogance in the squad, no egos, it was all just banter. The banter was a joke, non-stop every day.”

I don’t want this to sound cringey, but he was my father figure in Manchester. My Dad did my deal with United for me, and he looked after me until my money started getting serious, but Sir Alex always looked out for me. He used to speak to my Mum and Dad, and I think that’s why he gave me extra love.

It was harsh love, at times.

He used to walk past me and just slap the back of my head. At the time I was like: ‘Why’s he hitting me?’ but I knew he loved me. It was special.

Sir Alex loved players who could do individual things and if you didn’t do that then he would shout at you. He liked exciting football and he loved winning. He loved that about me, that I’d try stupid stuff. Sir Alex was really the only manager who encouraged me to do that. I just go out on the pitch and try stuff, and most managers don’t like that. They like players who will follow orders. I am arrogant on the pitch, but that’s me doing my job. That’s a persona. Off it, I like taking the p*** out of myself and I want people to know that. I never forget my roots, never ever change the way I play and if people don’t like that then I can still hold my head up high.

The spirit around the place was unbelievable. Everyone was so close knit in the youth team and the first team. This is what I always try to get across to people when I talk about my time at United: there was no arrogance, no egos, it was all just banter. The banter was a joke, non-stop every day. We used to glue people’s shoes to the floor. People would come in with new watches, phones, and we would just put it all on a float and push it out to the middle of the swimming pool. We’d put watches in the steam room to see if they blew up.

I was put in the first-team dressing room at 17, mixing with the senior lads. Sir Alex used to make everybody eat together – all the first team, youth teams and so on – to integrate. If you step up to the first team without that familiarity, you'll s*** yourself.
UTD Unscripted
Chris Eagles says

“I paid particular attention to Cristiano. Giggsy and Scholesy too. You played your own games as yourself, obviously, but you watched what they all did to make sure they played regularly.”

Actually, that almost happened in the canteen once when we did the annual Christmas play. Every year, the youth team would have to stage a play for the benefit of the senior players and staff. I’ll never forget one year when I played Ruud van Nistelrooy, and I wore one of those rubber horse’s heads. I was sweating buckets in there, looking out of the eyeholes and seeing nobody laughing. I could have died.

For the most part, though, I was comfortable around the first team. I would study all of them because they all had something to teach. All the time you’re watching everything the first team are doing, picking up things on a day to day basis. Those players had won everything. You look at everyone in different ways and learn off them all, but in terms of the way I play, I paid particular attention to Cristiano. Giggsy and Scholesy too. You played your own games as yourself, obviously, but you watched what they all did to make sure they played regularly.

My first game in the first team, I was only 17 and it was a League Cup win at Leeds. I came on after an hour, it went to extra-time and Eric Djemba-Djemba scored a winner right at the death. I’ll never forget that night.

After that, I had to wait almost another four years to make my Premier League debut.

It was worth the wait.

We went to Everton on a baking hot Saturday in April 2007 with four games left in the league season. We were three points clear of Chelsea, who were playing Bolton at Stamford Bridge at the same time.

I was on the bench, so was Ronaldo. Nothing was going through my head during the game, other than wanting us to win. I wasn’t even thinking about getting on. We knew that if we won that then we would be in with a great shout of winning the league. We were watching the Chelsea game on the bench because Albert Morgan, the kitman, had it on his phone, so we were getting updates all the time. We went 2-0 down and there was half an hour to go. Chelsea were drawing 2-2.

We equalise straight away.

Then Wayne scores and we go bananas.
I was buzzing, but I still wasn’t even thinking I about playing. There was something like four minutes to go and Ole went down with cramp.

Sir Alex looked at me and just literally went:

I didn’t even have time to warm up. I got on, and within my first five seconds, I think it was Gaz Nev who gave me the ball and I just ran with it. That broke the ice and gave me confidence.

A couple of minutes later, Wayne picked up the ball in the centre, I made a diagonal run and he put me through.

Everyone thinks I nearly tripped, but what happened was, Albert had packed my metal studded boots and I always wore mouldies. It was so dry that he didn’t even pack them. It was boiling that day. My foot wasn’t going through the grass because it was so dry. My stud got caught in the floor, so it almost took me down.

In that moment, nothing is going through your head. I just felt like I was going to fall over. But I steadied myself.

In years of finishing at United, you were taught to go for the corners. So once I was steady, the rest was instinct. That’s all it was.

As soon as it left my foot, I knew it was in.

“Once I was steady, the rest was instinct. That’s all it was. As soon as it left my foot, I knew it was in. And then I went nuts!”

I started screaming. I didn’t know what to do. You’ve just got to go with the moment!

I went to jump in the crowd but Giggsy ripped me back. Giggsy, who I watched on telly as a kid. Wazza, who I’d played against all the time as kids when we played Everton, who had been a mate since he’d arrived at the club, he had set me up and he was buzzing. It was surreal. We all went nuts.

Then we found out that Chelsea had drawn. We’d virtually won the league.

We were still going nuts inside the dressing room when Sir Alex came over and said to me:

“You’ve got college on Monday.”

(I didn’t mind - I just made sure I had about a hundred toilet breaks so I could wander by all the classrooms and make sure the girls saw me!)

Eight days later, we beat City, Chelsea drew at Arsenal and we were champions. That meant we went to Stamford Bridge the following week with nothing riding on the game. We were clapped onto the pitch by Chelsea’s players, which was unbelievable. A lot of my family are Chelsea fans, which made it even more special. You don’t forget things like that.
Chris Eagles says

“We were clapped onto the pitch by Chelsea’s players, which was unbelievable. A lot of my family are Chelsea fans, which made it even more special. You don’t forget things like that.”

The next year, I still got around the first team and made four Premier League appearances in 2007/08. I even started against Roma in the Stadio Olimpico. Just being around that squad, that amazing collection of players, was unbelievable. They were such good times.

Sir Alex offered me a five-year extension but I was 21; I just wanted to show people what I was about. Ronaldo, Nani, Giggsy were all in the squad and I was never confident that I would get a long enough run in the first team to show my abilities. I had to decide whether I wanted that, or to go somewhere, play more games and show people what talent I’d actually got. For me, I just wanted to make my own name. Some people sit there for years and years at top clubs and play 10 games a season, get a bit of money, but that wasn’t enough for me.

To be fair, Sir Alex backed me on that. He knew how much I loved playing the game. I was always first out and last in from training. He just went:

“Go and prove it to everybody.”

I think I did. I got promoted with Burnley, played in the Prem with them and Bolton. Those years were amazing. Every player would love to have done what Giggsy did, spend your whole career at United and win everything, but it doesn’t happen that way.

Sometimes I look at what might have happened if I’d never left, because I could still be there at United now. I’ll never know, but I just enjoy what I had. Being at such an amazing club for so long, with so many unbelievable players. They were good days that nobody can take away.

Least of all that day at Goodison.