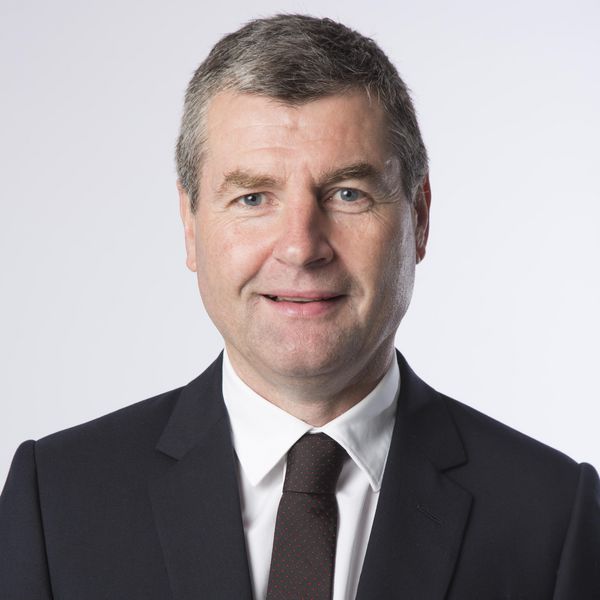 There’s nobody in the Premier League today who play football like Wimbledon used to play in the late 80s and early 90s.

They were very good at what they did. Going back to 1988, beating Liverpool at Wembley in the FA Cup final as vast underdogs tells you that they were organised, physical, really difficult to beat. That was particularly the case on their turf, whether it was Plough Lane in the late 80s or Selhurst Park after that. You knew you were going to be in for a battle.

You’d look at the team sheet and see Mick Harford, Eric Young, John Fashanu, Vinnie Jones, Dennis Wise, Marcus Gayle, Lawrie Sanchez… the list goes on. They always had tough, tough players, a lot of them over six foot. Lots of big, hard men with one or two silky ones mixed in there as well to provide the ammunition. Wise could play, Robbie Earle was a good midfielder, Terry Phelan was down there at the time and he was a good footballer.

You had to be prepared for them. The odd occasion, we used to get the reserve team to try to play like Wimbledon against us in a mini practice match, which is a bit alien for players at Manchester United. They naturally want to get the ball down and pass it about, so to get a young lad in the reserves to be picking out long diagonals wasn’t easy, it was out of their comfort zone, but we had to do it. We actually prepared for Wimbledon games as much as we would prepare for games against Arsenal.

“Wimbledon were organised, physical, really difficult to beat. That was particularly the case on their turf. You knew you were going to be in for a battle.”

I think it was my first season at United when we won down there, but I didn’t play because the manager played Mal Donaghy, a centre-half, at left-back, because he wanted to combat their aerial threat. I just watched on. They made it so difficult.

In the future, whenever I played there I’d have to be prepared for a lot of high balls, a lot of aerial duels. Whether I was left-back or right-back I’d be up against a winger who was six foot something –Gayle springs to mind, and he was particularly good in the air. I had a lot of tough games against them but, believe it or not, nobody ever left one on me. That honour always belonged to Pally and Brucey!

They were much better at home because they were playing on their turf, which was an experience in itself. They didn’t particularly want to water the grass, which meant it was always a bumpy pitch. We always seemed to play down there on a warm day, which made it even more difficult. Selhurst Park isn’t the easiest stadium to get to; we’d have to drive around the M25 and stay somewhere or drive through the city on a Friday afternoon which, as you can imagine, wasn’t a nice experience. The coach trip could be anything from four to seven hours and you just had to get your head around it.

It was going to be different, it was going to be tough. That was the beauty of the Premier League back then; there were teams with different natures in terms of the way they’d play, whether it was Arsenal or Liverpool who wanted to play football, or Wimbledon who you’d have to combat and fight against first before you could hopefully let your football take over. They were good experiences that built character.

We had a lot of tough encounters with them, lost plenty of games and if we won down there, we always seemed to crawl over the line in the end. As we progressed through the 90s our football came to the fore, but certainly in 1993/94 it was still a hell of a battle, so when we drew them in the FA Cup, we knew exactly what to expect.

By that stage, we had the players ready for that battle. We could look after ourselves.

For me, the 93/94 team was our most physical side that I played in, by a distance. You needed a physical side to win the league; you couldn’t just out-football teams, you needed a bit of both. When you look at the spine of our team: big Pete, Brucey, Pally, Robbo, Incey, Keaney, Sparky, they were all physical boys. The same went for Parks at right-back, Nev when he came in, myself, Giggsy wasn’t afraid to put a tackle in, Sharpey could look after himself, so could Choccy… it was a team of leaders. It already was, then Roy came over! We had players who were willing to scrap.

In terms of our hardest, our three midfielders could probably fight it out for that honour. Probably Robbo and Keaney would be the toughest. Keaney in those days was a young, barnstorming box-to-box player and he was tough. Robbo in the mid-90s was probably coming to the end of his United career but what a leader he was. He wasn’t afraid to battle up and take the fight to anybody. That’s what you need in the middle of the park because that’s where the game’s played out, basically, second balls, and Robbo and Keaney were excellent at that. If our clearing headers weren’t quite right, they were brilliant at cleaning up those second balls. You could count on them to win that particular fight. I also felt that we had a very intelligent team as well that could read football, which is part and parcel in a battle.

So, going into the FA Cup tie at Selhurst Park, we were ready for anything.

After about 20 minutes, Vinnie sent Eric into orbit. Clattered him right up in the air. Nothing new there.

“When you look at the spine of our team: big Pete, Brucey, Pally, Robbo, Incey, Keaney, Sparky, they were all physical boys. We had players who were willing to scrap.”

Eric didn’t have the longest of fuses, but he just got on with it because he prepared for it. He knew he’d have to take kicks and stand his ground. We all knew what they were going to do, try to upset us, try to upset our main man because he was our biggest creator, and it’s just part and parcel of football in that era. Giggsy, Eric, Sharpey, Kanchelskis, those playmakers were the ones who’d be targeted. They’d kick them, try to upset them. Giggsy was very young so it was a great learning curve for him and probably a big part of the career he went on to have.

Eric’s reaction to being kicked was just typical of him. Just before half-time, I put a cross in towards him from the left, but he dropped off instead. He read the situation perfectly. The clearing header from the defender wasn’t great, it went straight to him. Eric controlled it flush on his instep, teed it up for himself and volleyed it into the far top corner from about 20, 25 yards. An unbelievable goal, but that’s Eric. He had unbelievable quality. And that was just the perfect response to Vinnie trying to kick him out of the ground.

“Eric’s reaction to being kicked was just typical of him. Just before half-time, I put a cross in towards him... Eric controlled it flush on his instep, teed it up for himself and volleyed it into the far top corner from about 20, 25 yards. An unbelievable goal.”

Not too long into the second half, Incey scored our second with a header from a corner and that gave us some breathing room. It was the kind of game that he relished too, like Keaney and Robbo. Incey wasn’t afraid to put his foot in, wasn’t afraid to shout and holler and all that. He was physical, quick, strong, he was a good player, a good foil for Robbo. I think towards the end of his United career he had two years with Keaney and they were great for each other; both mobile, both put their foot in. When he played with Robbo, he was off the leash a little bit because Robbo would play in the hole. It was roles reversed a little bit when Keaney came in because he was storming box-to-box. He was a very underrated player, Incey, and a player of that era who could put his foot in, score goals and get around the field.

Two goals up with less than half an hour left, we were in a really good position. It helped that, because Wimbledon weren’t the best supported club, we always had an incredible following down there. We used to outnumber their fans massively, which was brilliant for us. The year before when we won the first league, our fans were everywhere. There were so many that there was a pitch invasion when Robbo scored!

So the fans were really enjoying themselves in the build-up to our third goal, which I scored.

On this day in 1994, Denis Irwin capped off a fine display from the Reds with this fantastic effort against Wimbledon...

Everybody thinks my favourite goal is the one at Liverpool, which is special, don’t get me wrong. Anfield away, hit a free-kick like that with nobody in the box, but that one at Wimbledon was brilliant for me. It’s top of my tree. It’s a team goal. The passes beforehand, the way we kept the ball… we just had to see the game out, so we kept possession for a while and the crowd were shouting ‘ole’ with every pass. I don’t think the manager would have liked that. We were trying to waste a bit of time, but he didn’t like any showboating, which was fair enough. He just wanted the players to play.

We kept the ball, encouraged them onto us. When I got the ball and realised that Vinnie, who was very combative still, was probably not the most mobile, I just started off. An injection of pace from Irwin! I played a one-two with Incey, went into the box, went past one defender, then Warren Barton, and slotted it very nicely in the far corner. It doesn’t look like it – it looks like I bobbled it! – but no keeper’s going to save that. It’s by far my favourite goal, the way I skipped past a couple of their defenders and tucked it away in the far corner.

It’s easily forgotten about, in fairness, because Eric scored that goal in the same game. It’s a bit like a couple of years later when I scored a decent goal at Wimbledon on the opening day of the season and then Mr Beckham went and scored from our own half and took the glory away from me! But when I look back on my career, that was my favourite goal in my favourite team in my favourite era.