UTD Unscripted: My journey with Keano 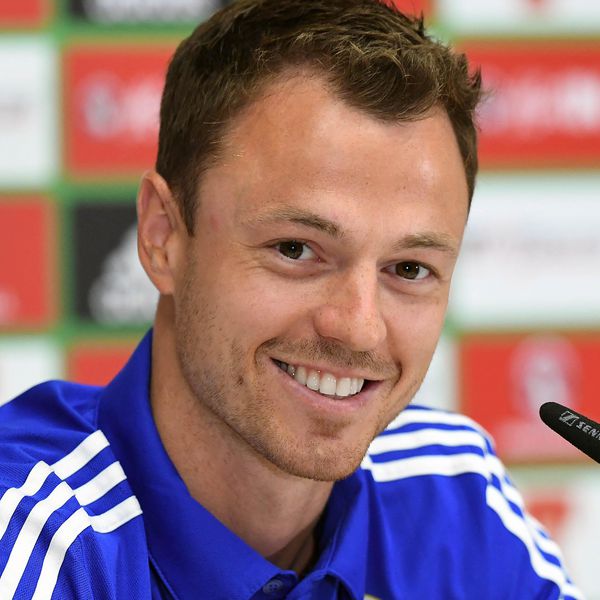 Being absolutely Manchester United daft as a kid growing up in Northern Ireland, it was pretty inevitable that Roy Keane was my hero.

What an unbelievable player he was. We had this incredible team with all these star players, and he was the leader of them all, hard as nails… he was just there to be idolised. Just this huge, influential character. I idolised him.

I remember when I was doing my YTS at United, they’d always give us pieces of work to do. In this particular case, I think during the first year of the course, it was some material from a level two coaching course, and you had to fill in an analysis of a player. So, you have all of the player’s attributes down the left-hand column, then on a scale of 1-20 we all had to rate how good this player was in that particular field. There were, if I remember right, around 15 categories that you had to score the player on. Alex Ferguson had filled in a few of these forms on different first-team players, as examples to compare them on all the different categories. One of those examples was Roy Keane, and every single box was right near the top.

Fergie was basically saying to everyone: This guy has got everything.
Jonny Evans says

"Everyone knows Roy was a real leader who inspired other players, but he was also an unbelievable player in his own right. "

Everyone knows Roy was a real leader who inspired other players, but he was also an unbelievable player in his own right. Without a doubt, he could play in any team at any time, even today. I’ve spoken to Darren Fletcher about this at length when we used to commute together to West Brom. I didn’t really get the chance to train with Roy at close quarters, but Fletch did, and he said that Roy’s touch and technique were so underrated. Everyone thought he was a midfield enforcer going around tackling people, but I think he had abilities that were just way beyond everyone.

That’s why it was such a massive shock when he suddenly left United in late 2005.

It all happened after that infamous Middlesbrough away game when we’d been heavily beaten. I was just coming into the fringes of the squad at the time. I was involved in the debrief afterwards, even though I wasn’t involved in the game. After that I think we played Lille in the Champions League and Claude Puel, my future manager at Leicester, was their manager that night. We lost that game too and the whole mood around the club wasn’t great at the time.

So we were training as normal one Friday a couple of weeks afterwards and suddenly word starts to spread around the training ground that Roy had left the club. You don’t always believe everything you hear, but soon it was confirmed and the news was everywhere. That was a big moment in United’s history, and surreal for me to experience as a part of the club.

It wasn’t long before Roy was playing at Celtic and then he went straight into management at Sunderland at the start of the 2006/07 season. Meanwhile, United started the season really well and I went to Royal Antwerp on loan with a few other lads, including Danny Simpson. That was going well, but they had a winter break in Belgium and both Simmo and I were told we would be going back to England with a view to joining a Championship club on loan.

When it came up in conversation that Roy wanted us both to join Sunderland, that was a no-brainer.

I went up to the Stadium of Light to watch a game right at the end of December, I think it was a Saturday game against Preston. I drove up by myself in my Mini. Halfway up the motorway on the way to the game, the steering wheel locked, so I had to pull in – well, drift gently in – to the services and get a taxi the rest of the way to the game. I just left the car there.

Luckily for me, Roy had also approached one of our coaches, Neil Bailey, about taking a job at the same time, and Neil was at the same game. I didn’t know him too well, but we knew of each other from working at United. I’d heard a lot of good things about him. We got talking at the game and he gave me a lift back down the road.

The next week, a day before my birthday, Roy called me.

“We want you up to sign tomorrow, make your way up to Sunderland to training and we’ll get you into a hotel.”

"When it came up in conversation that Roy wanted us both [Danny Simpson and I] to join Sunderland, that was a no-brainer."

Which was fine, but obviously my car was still at the services on the A1 at that point, so I told him I’d be struggling.

“Right, I’ll come round and pick you up.”

At that time, Roy was still coming back from Sunderland to see his family in Hale a lot of the time, so it was easy enough for him to come and get me. So, that day, Roy Keane drove round to Sale, pulled up outside my mum and dad’s house, knocked on and drove me up to Sunderland. You can imagine what that trip was like for me. From start to finish, I just knew that I was in the middle of an unbelievable conversation. On one hand, I was desperate to play it cool, trying not to ask or say anything daft… but on the other hand, there were so many questions, as a United fan who idolised him, that I’d always wanted to ask him. I’d always thought: Right, if I ever get the chance, I’ll ask him about this and that.

Even if he was going to be my manager, I knew I’d never get that chance again to chat with him for three hours straight. The next time we spoke, he might be having a go at me for something I’d done on the pitch, so this would be the last time we’d ever speak on anything like a normal level. So I asked him a lot of questions, mainly United-related. Roy was great. He made me feel totally comfortable, answered every question and we had a great chat about football in general. He had such great insight and that was a really big experience for me.

"Playing under Roy was fantastic, I loved it. He was very demanding of his players, but that’s how it should be. That’s what I wanted, what I was used to. "

I signed on to spend the rest of the season on loan at Sunderland, Simmo came up a week or two later, and what a few months we had. That was such a fantastic period of my career. We went on an unbelievable run – I think we lost one game from the January transfer window onwards – and stormed to the Championship title.

Playing under Roy was fantastic, I loved it. He was very demanding of his players, but that’s how it should be. That’s what I wanted, what I was used to. From a young age, playing at Manchester United growing up, all our coaches were demanding. No time for slacking off or anything, so it was normal for me to have that. Roy can maybe be a bit more ruthless or cut-throat in how he approaches things and gets things across, but, for me, it was fine and I could handle it, no problem. Everything went so well that he didn’t really have a chance to have a go at me or anyone else. I certainly didn’t experience the Roy Keane wrath that everybody talks about.

Like I say, he set high standards and that’s what I was always aiming for anyway. Personally, I value it as a really great achievement in my career so far, winning the Championship. To have won that and the Premier League is pretty rare - Giggsy and Scholesy never won it, did they?! It’s a really tough division to get out of, never mind win, and it was a big step in my career progression. The following year, I spent the second half of the 2007/08 season at Sunderland and picked up a lot of invaluable experience before stepping up to make United’s squad.

"I wouldn’t say I went in as a loud person, but when I went out on the pitch, I was demanding of myself and my team-mates, people who had been there a long time. "

In the years that have followed, Roy has been quite complimentary about me, especially in his book, which is a bit surreal, but obviously really nice. You’d have to ask Roy what it is about me that he liked. If I was to speculate, I think it began with the way I came in at Sunderland, even as a kid, with this blinkered determination to win games, be a success and not let anything stand in my way. I went into a Sunderland dressing room filled with senior professionals and, looking back, I think I went in there with a lot of confidence. I wouldn’t say I went in as a loud person, but when I went out on the pitch, I was demanding of myself and my team-mates, people who had been there a long time. Little things like that were maybe the things that he liked.

Everyone knows that Roy had this unbelievable determination to win every single game and hated losing with a passion. I think Roy had aspirations for me and wanted me to do well, so he was always pushing me to push myself as well. When you’ve got someone like that backing you and showing you the way, you couldn’t ask for a better example.