UTD Unscripted: On top of the world 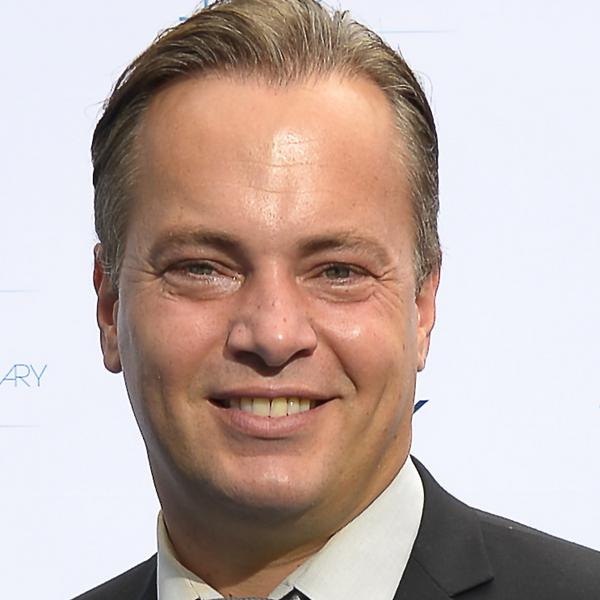 Australians want to be the best in the world at everything. It’s in the blood.

When I was a kid growing up, I always used to watch the Intercontinental Cup final. The European Cup winners against the Copa Libertadores winners; best team in Europe against best team in South America, going up against each other in Japan for the right to be the best team in the world. As a kid, those games were very, very dear to me. Playing in that game was just a dream.

Fast forward to 1998 and, after one conversation with Sir Alex Ferguson, I was pretty certain I was going to re-join United in 1999/2000. I was watching when they then went on to win the Champions League – I was especially delighted for my best friend, Dwight Yorke – and I signed a few days later, meaning that we had an appearance in the Intercontinental Cup final to come before the end of 1999.

When I joined, I definitely had a feeling of unfinished business with United. I’d been lucky enough to play three games for the club as a young player, but this time around I wanted to win trophies. United had just won the Treble, so where do you go from there? Well, you try to win it all again and become world champions too. There was so much for me to look forward to.

Coming back to United really did feel like coming home.  We were still based at the Cliff for the first six months before we moved to Carrington, and I used to live five minutes’ walk away on Lower Broughton Road. It felt great to be back.

Pretty much straight away, I was back to my other home. We came back for a little bit of a start to pre-season and then it was the big long trek to Australia. I’d just been over during the summer, so it was a big, long trek to be going almost straight back.

I remember, because I’d had so much time out with injuries the season before, Sir Alex asked if I thought I should go; he thought that maybe I should stay in Manchester. I remember saying that I didn’t think it would be received too well back home if I didn’t turn up! I knew it was a lot of travelling, but I stressed that I would train twice a day and do as much as I could to ensure I was ready.

For me, it was the opportunity to go back to Australia with the club that I went to as a boy, and that was very, very special for me. We took in Melbourne first, Sydney second and from there we went to Shanghai, then Hong Kong. I still remember flying in to Hong Kong, coming in to land between buildings about 200 metres to your left and right, which was just amazing.

"For me, that tour was the opportunity to go back to Australia with the club that I went to as a boy, and that was very, very special for me."

The tour was a little bit different to normal because Sir Alex wasn’t there, so Steve McClaren was in charge. To say we were a little bit off the leash is something of an understatement! I still remember us getting a warning before our last night in Hong Kong. A few years earlier, there was that infamous incident before Euro ’96 where the England players had been photographed drinking in a dentist’s chair in a bar in Hong Kong, so Steve made us aware that the boss had sent a clear message:

If anybody gets pictured in a dentist’s chair, don’t bother coming back!

Nobody did and, while we really enjoyed ourselves off the pitch, we also won all our tour games quite convincingly, without conceding a goal. For me, it felt great to be back, and what a squad to be a part of. The whole setup was geared towards scoring as many goals as possible. I think, looking back, that squad had perhaps the most open style of play in all of Sir Alex’s time as United manager, and everywhere you turned, there were quality players.

For me, it was great having Yorkie there. We spent so much time together. He’s an absolutely terrific guy who gives off such good vibes. Everyone always talks about the smile on his face, but it’s the good heart inside him that matters most. People can recognise that and pick that up.

There had maybe been a bit of destiny involved in me and Yorkie. I’d actually played against him in the U20s World Cup in 1991. We were in the same group, Australia and Trinidad & Tobago, and we beat them 2-0. I’d also played against him for United Reserves and Aston Villa Reserves before, so we’d already crossed paths, then suddenly we ended up sat right next to each other in the Villa dressing room. Everyone has their ups and downs and their edges and so forth, but you could say that we both had similar situations; both coming from a long way away, both coming from countries with strong ties to the UK, especially with the cricket as well, so Yorkie’s a kindred spirit, so to speak, for me.

"Yorkie gives off such good vibes. Everyone always talks about the smile on his face, but it’s the good heart inside him that matters most."

He’d been a massive reason behind United winning the Treble before I arrived and, like I said, the ambition for everyone was clear: keep winning more trophies. We wanted to repeat the Premier League, the European Cup and add the Intercontinental Cup.

We flew to Japan in November 1999 and it was such a special experience; we were flying out to try to become world champions.

Sometimes people in Australia… I wouldn’t say they get upset when I say this, but it doesn’t always go down so well. Let’s put it this way: during my playing time, I was realistic enough to know that I didn’t think Australia would win the World Cup. Some people in Australia turn their noses up at that, but I think I’m right in saying that.

For me, growing up, I knew that the best opportunity I’d get would be to win the Intercontinental Cup. I’d watched some fantastic teams like Juventus win it previously and I was well aware when I came to United that no British team had ever won it, so I had it deep down in my own mind that it would be such a fantastic thing to win. We were up against Palmeiras, from Brazil, and the way things went that night, I couldn’t have been happier.

I really did feel sorry for their goalkeeper when he missed a cross in the first half, Keano popped the ball in and put us ahead. After that it was a bit of an onslaught from them. I was very fortunate to have the likes of Jaap Stam and Henning Berg in front of me, which made a big difference as well. When you’re in those situations where the opposition keep coming and keep coming, there’s only so much a goalkeeper can do. There are so many little things that go on during the game where those defenders make a difference: a little bit of a tackle, pushing someone a little further away to a different angle and so on, and I was very fortunate to play behind those two.

Personally, that was one of my best performances for United; a couple of times Palmeiras had really good openings from close range, and both times I was out quickly to make the save. They were just reflex actions. I used to try to half-anticipate, a little bit like when you’re sparring with somebody in boxing, because If you can half-anticipate what somebody is going to do, you’ve got every chance. The bottom line is that if the ball goes in a position where you’re not anticipating, then you’ve got no chance. You have to have a bit of luck, coupled with heaps and heaps of practice.

You train all your life for those types of situations, so when they come off in the biggest games, you get a real good sense of satisfaction. Not during the game, because if you get too satisfied during the game then you’ll cop one, but when the final whistle goes, then you can relax and enjoy the moment. After that, it was a fantastic experience, walking off that pitch knowing that you were part of the best club in the world.

"No British team had ever won the Intercontinental Cup, so I had it deep down in my own mind that it would be such a fantastic thing to win."

That season wasn’t perfect, but I was very happy to end up with a couple of big medals. I enjoyed some of the really crucial games, particularly a 1-0 win at Leeds in the league when Coley scored the only goal, plus a 0-0 draw we had with Real Madrid in Spain. That one sticks with me because I remember how upset Sir Alex was that we hadn’t scored an away goal. I’ll never forget the directors walked in and he was in the middle of letting fly because we hadn’t scored! In the end he was right. Unfortunately I got injured before the second leg, which we lost 3-2 at Old Trafford and it proved absolutely crucial that we didn’t get that away goal.

While it was disappointing that we fell short in Europe, at the end of the season we could at least look back on retaining the Premier League title by a big margin. Plus, we’d become the first British world champions. Number one team in the world.

That feeling, knowing you’re a world champion… let me tell you, you can’t beat it.

No matter what you do for the rest of your life, you just can’t beat it.