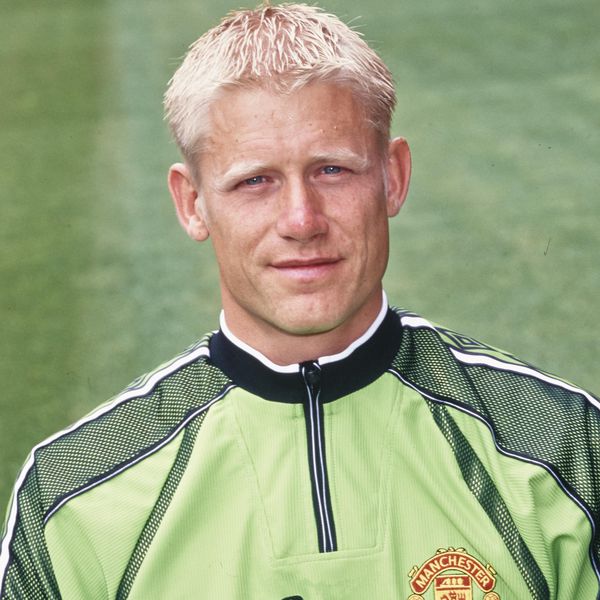 When I left United, I always felt that Edwin van der Sar was the natural choice to replace me. The perfect choice.

He was a very steady goalkeeper in that you knew what level he would always perform at. I think the way he worked with his feet was the natural progression for how goalkeeping was going and how it needed to be at Manchester United. It took longer to get him to the club than perhaps it should, and I don’t know why he wasn’t prioritised, but, when he came, it was absolutely brilliant.

Ever since I’ve been connected with the club, I’ve heard about how important the goalkeeping position is at United.  I know how important it is because the quality of the goalkeeper, in many ways, dictates how the team can play. That’s not me speaking as a former goalkeeper and trying to make that position the most important, but if you have somebody who’s not trusted by his team-mates, they’re going to be reluctant to steal those one or two yards that can maybe make a difference further up the field, they might be reluctant to go forward because they’re worrying about what might happen if they do. They’ll be thinking: I’d better stay here, better stay safe.

In my time, every time we won the Premier League was when we were taking those chances, always gambling, which you can do as long as you’re in the knowledge that if it goes wrong, you have someone who can either stall or delay or, in the case of the goalkeeper, save the situation. When you look at teams who win the league, that’s almost always the case, even now.
UTD Unscripted
Peter Schmeichel says

"Ever since I’ve been connected with the club, I’ve heard about how important the goalkeeping position is at United. I know how important it is because the quality of the goalkeeper, in many ways, dictates how the team can play."

So, I don’t know why signing Edwin wasn’t prioritised when I left, but I think the club learned some lessons from that and they did a really good job when he left.

They knew it was so important to get it right and not spend years chasing the situation. At the time, I actually thought there was an obvious answer. You had to look at how we play and ask: right, where’s the guy that’s going to slot in? To me, we’d very recently seen the answer.

I thought Manuel Neuer was a perfect fit for us.

He’d just been up against United with Schalke in the Champions League and, even though Schalke lost the tie, he’d shown us precisely what he could do. He was a very aggressive goalkeeper. He played like I played. I played to my strengths. I knew where my weaknesses were and I tried desperately not to end up in situations where they might be exposed. I was always trying to get my defenders to protect me from that. I really liked the way Neuer played – it might be because I played like that myself – and to me, it felt like a natural move. He suited us well and we wouldn’t have had to change how we played.

Of course, I knew about David De Gea because he was a young player already playing for Atletico Madrid’s first team, so you just knew he obviously had something special, but I didn’t think we’d be going for him.

So when we did move for him, I honestly couldn’t understand why we’d gone down that route. I thought the experience of what had happened between me and Edwin would have been used, so it looked unusual to me.

Then, of course, it didn’t go particularly well for him in his first couple of games and, suddenly, the press were all over him. He was the most written-about person in English football for six months. “What the hell are United doing?” and stuff like that, and it got worse and worse.

He was so bad, according to the media. A huge mistake.

But then he became so good, and I can tell you the moment that everything changed for David.

It was at Stamford Bridge in his first season. We’d gone 3-0 down and fought back to 3-3, and then, right at the end of the game, he clawed away a free-kick from Juan Mata, right in the top corner, and saved a point for us right at the end.

From that point on, I was looking at David and thinking: this guy… he’s something special.

This guy’s mentality is incredible.

You can’t break him.

That’s how you need to be when you’re in goal for Manchester United. You have to be as strong as anything. Any little mistake is a headline tomorrow. If you can’t deal with that, then it’ll break you.

David? He went to a really tough school and came out the other side, in no time at all really.

I realised my thinking was wrong. And United were right. They’d done a really good job in bringing him to Manchester.

"Against Chelsea, we’d gone 3-0 down and fought back to 3-3, and then right at the end of the game he clawed away a free-kick from Juan Mata, right in the top corner, and saved a point for us. From that point on, I was looking at David and thinking: this guy… he’s something special."

David didn’t do what Neuer did or what I did; he’s not that type of goalkeeper. He’s a different type.

He wants to save the shots. I didn’t. I didn’t want to face any shots! When you are the last man standing, when you’re as good as David is in that situation, of course you come out on top more often that not. But I would always rather avoid the shots. I didn’t like the pressure. I didn’t like when another team was camping out in front of our box, didn’t like it at all. I didn’t feel comfortable. I would much rather have my team pushing up, further out, so I could kind of predict what would be happening next. It’s a very individual thing, where you’re comfortable.

I think back to when Leicester won the Premier League, and obviously  I have an incredible amount of feelings invested in that because of my son Kasper, and the way they won it was to defend, defend and then break so quickly. It was a tough, tough watch for me because they were under pressure all the time. I put myself in Kasper’s position and I would not have enjoyed that, but he did. David enjoys that as well.

"He’s been Player of the Year in almost half the seasons he’s been at the club, and some of the saves he has made have been absolutely phenomenal. There are too many to list..."

He plays in a certain way and it works for the team. There’s no debate about it: he’s been fantastic since he came to the club. He’s been Player of the Year in almost half the seasons he’s been at the club, and some of the saves he has made have been absolutely phenomenal. There are too many to list, but obviously the free-kick from Mata stands out in my mind for being a turning point in his United career, and so does the save at Anfield from Joel Matip, the one he made with his foot. His reactions are just unbelievable at times.

There have been trophies over the last nine years and David will want more of those before he’s done. He’d far rather pick up a few more winners' medals than Player-of-the-Year trophies, I’m certain. His success as an individual shows the challenges United have had in recent seasons. It doesn’t matter how good your goalkeeper is – he could be the best in the world – you don’t want him to be your Player of the Year. I really hate to think what the league tables would have looked like if David hadn’t played the way he has played over the years.
We want to challenge for titles and you win them with clean sheets and goals. If you make saves and keep a clean sheet, that guarantees you one point, that’s it. But if you score goals then you’ve got a better chance of winning three points. For United, it’s all about scoring goals and scoring goals. Always has been, and that’s the way Ole has got things going now. Going forward, we look incredibly exciting, incredibly strong – now the priority is making sure we don’t leak goals through individual errors.

This team is evolving under Ole and that means that David’s role is changing too. If you’re a goalkeeper that has been busy for years, and now you’re not busy, you have to change your game a little bit. You need to find new ways of keeping your concentration, of staying with the game. There’s no doubt that the way the team is playing now, as opposed to when a team plays more defensively, we’re conceding the type of chances that fit into David’s best skills.

Nine years at Manchester United is a long time and reaching 400 appearances for the club is a huge landmark which very few players have managed to do, but David’s got a long way still to go. He’s a young lad. He could play on here for another 10 years. It’s been great to watch his development here and it’ll be very exciting to see him use those experiences to play a big part in United’s future.