My dream move to England 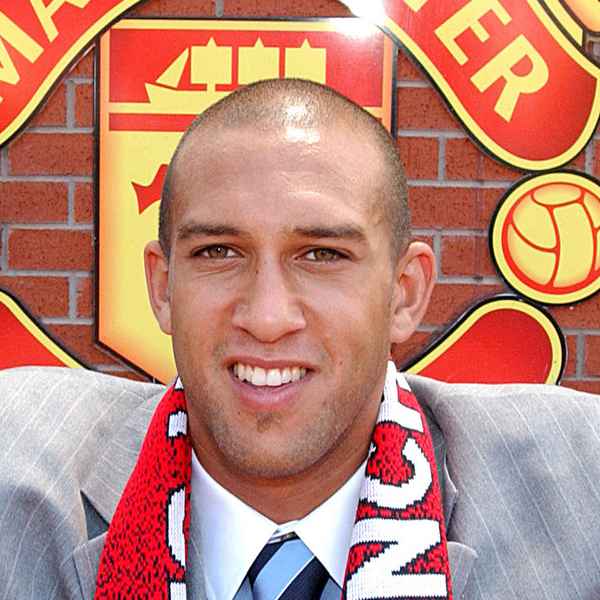 I was probably around 15 or 16 when I decided I wanted to pursue a career in football, but back then there was no roadmap for someone like me. For a kid growing up in the New York and New Jersey area in the 1990s, it was just a dream.

I had no idea where or how, but that was my dream. Play football.

By that stage, I’d been hooked on football for around 10 years. There are so many sports to choose from in America. I was told to choose one, I went for soccer and that was it. I loved the sport from the first day I played.

Big kid goes in goal, always. I was the big kid, so that was me. My coaches would let me play half in goal, half outfield, just to keep me happy, but over time I grew to love being in goal.

Growing up in the area that I did, the only football on television was Serie A, so I watched a lot of that. Although, simply because of the size of Manchester United, I also knew they had this huge guy in a green shirt in goal. I later learned that this was Peter Schmeichel. But I had no idols, no posters of players in my room, nothing like that. I just had my dream.

"I just knew that I wanted to play in Europe. Put me on a plane to Europe and that’ll do. "

I was in the MLS for five years with Metrostars, and in the last year I was starting games. By that stage I’d also started getting a look-in with the senior national team. Bruce Arena gave me good experiences training with Kasey Keller and Brad Friedel. It was at one of those training camps in January 2003 when I was in my hotel room that the phone rang.

He told me that United were watching me and were going to keep watching me, and that I should keep doing what I was doing. If I did, they’d be in touch. That was it. End of conversation.

Obviously, I immediately called my agent, then my mom, then I told all my team-mates. I’m not sure who believed me, or even if I believed what had happened, but just having had the phone call was enough for me. Knowing that Manchester United were looking at me made me feel incredible.

A few months later, in May, TC came to watch me play one of my first senior internationals, against Mexico, and I had a pretty good game. That summer, the deal happened, I got a work permit and that was the start of it all for me. There were a couple of early hiccups – Sir Alex had a word with my manager at Metrostars because, after signing my deal with United, he didn’t want me playing in my final MLS game, then I wore a sky blue shirt and tie at my unveiling, which I only realised later was boneheaded – but apart from that, the first season was amazing.


Since they were coincidentally out on pre-season tour in the US, I met the team in Portland, Oregon. By this stage, I knew all about United and who these players were, so to be in the dressing room with them was very strange indeed. Roy Keane, Ruud van Nistelrooy, Scholesy, Giggsy, Ole Gunnar Solskjaer… looking back, what a privilege it was to be around players of that level.

At that stage, I was young but I’d been playing for a long time, improving all the time, so I thought I was a decent goalkeeper. Those early shooting practices at the end of training were an education. I couldn’t even see the ball half the time, never mind keep it out of the goal, and when I did get my hand to the ball it would hurt, so that made me realise how high the standard was and how much I’d have to improve. Quickly.

Talk about sink or swim!

Fortunately, I got settled, things got better and Sir Alex decided to give me my competitive debut, against Arsenal, of all teams, in the Community Shield. What a day that was. When I look back, I wonder how I was even playing, what made Sir Alex pick me, but I have no complaints! The game finished 1-1 and went to a penalty shootout, I made a couple of saves and we won the Community Shield… talk about a fairytale story.

"I wore a sky blue shirt and tie at my unveiling, which I only realised later was boneheaded, but apart from that, the first season was amazing."

Fabien Barthez went on loan to Marseille, so it was myself and Roy Carroll fighting for the starting position in goal. Roy was brilliant with me and we got on very well. I still have a real soft spot for him. When you’re the backup goalkeeper, you’re desperately hoping for the first choice to make a mistake. You’re desperately hoping for your team to win 5-4 because you want another chance. You either play or you don’t, as a goalkeeper. You don’t get a few minutes at the end. I never felt that with Roy though – he was brilliant with me and we got on really well.

In terms of competition around the whole squad, though, that was crazy. Everybody was the best, gave the best, expected the best from each other. Everybody had to do their job because they knew that if they didn’t, they’d either be replaced by another world class player in the squad or the club would just go out and buy whoever they wanted.

In general, my first season at United was great. There was one real black mark on it, which was the Champions League game against Porto at Old Trafford. Over the years, I’ve come to terms with the fact that I jumpstarted Jose Mourinho’s career (I’m kidding), but at the time I wasn’t able to comprehend the magnitude of the mistake. As far as I was concerned, I made the save from the initial free-kick. I recognised that people thought it was a mistake, but I couldn’t understand the scrutiny.

"What a privilege it was to be around players of that level. Those early shooting practices at the end of training were an education."

I knew all about the history of the FA Cup long before I played in it. As much as it was difficult to see too many games in America, there was a romance and mystique about the FA Cup. Personally, even though we didn’t win the Premier League, I thought it had been an incredible year – I’d been named in the PFA Team of the Year and won the Community Shield – so to have the chance to play in the FA Cup final against Millwall was the icing on the cake.

"As much as it was difficult to see too many games in America, there was a romance and mystique about the FA Cup. To win it in Cardiff was a real special moment for me personally."

It was a chance for me to cement my name in history as only the second American to win the FA Cup. Plus, as there were also two other American goalkeepers in the Premier League at the time, I – again, still a 22-year-old - thought I was the best, so I was trying to claw myself into the conversation with them too. To go out and win the FA Cup in Cardiff was amazing, and a real special moment for me personally. It capped a great debut season.

Obviously, Edwin van der Sar then came in and established himself as a world class no.1, so I was happy to go out on loan to Everton, where I went on to have 10 great years, but I only look back with fondness on my time at United.

I was able to play with some of the best players from some of United’s greatest teams, plus a young Cristiano Ronaldo and Wayne Rooney, while being coached by Sir Alex Ferguson. What’s to regret? You just don’t get that opportunity. You can’t even dream that.