UTD Unscripted: A glimpse of greatness 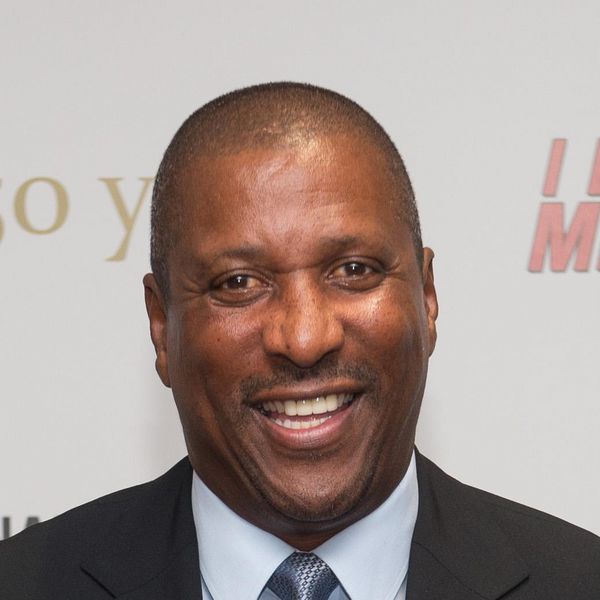 This boy is going to be a superstar.

That’s what Robbo and I concluded at half-time of a youth team match one night in Preston.

We’d gone along to watch the game, and this lad – I think he’d come straight from school – was absolutely fantastic. All we needed was 45 minutes to see how truly exceptional a talent he was. We both agreed there and then that he was going to be a world-beater. He was that good. He was probably 14 or 15, playing against 18 and 19-year-olds and he was just running riot, head and shoulders above everybody else on that field.

So, I’ll never forget it the first time I saw Ryan Giggs.

The second time was just as memorable.

It was at The Cliff in 1988. Alex Ferguson decided to put together a little practice match between the first team and a variety of other players, mainly aimed at working on set-pieces and getting  some messages across to the senior lads about tactics. This other group – I think it was comprised of young players who happened to be in the building at the time – were just there to play against us, really. Ryan was one of them.

I was Alex’s first signing for United and this particular session was during his second season at the club. By that point we had all come to recognise that his training sessions were always very, very bright. Archie Knox was the coach and he always insisted on them being bright. Not long, but bright. That day, I don’t know whether the manager wanted to specifically test Ryan against senior players or not, but there’s a good chance he wanted to get a look at him and see how he fared.

I was a right-back, so when the manager told me this kid would be playing left-wing, I was seriously worried about hurting him. I was six foot one and probably weighed around 85 kilos at that time, whereas this lad was maybe 50-odd kilos, wet-through.

Obviously I already knew he had a lot of ability because I recognised him from the youth team game I’d watched. But I was genuinely concerned about hurting him, so it was a case of me thinking:

Straight away – probably before I’d even gotten past ‘Okay, let’s see…’ – he’d knocked it through my legs, ran around the other side and he was gone.

The kid nutmegged me.

I was England’s right-back.

It happened in a flash, and it was gone. But I knew what he’d done.

As he sped off, I shouted at his back.

“You won’t be doing that again, you little get.”

(Or words to that effect.)

There was no malice to my reaction and Giggsy took it in good spirits. He has told this story himself, actually, and he says that he did nutmeg me again in that same session. We’ll have to agree to disagree because he didn’t in my memory.

He didn’t need to. He’d already made his mark.

"Straight away, he'd knocked it through my legs, ran around the other side and he was gone. The kid nutmegged me. I was England's right-back."

The rest of the session wasn’t easy either.

Now, I should point out that I was very quick. Getting towards 32, I wasn’t as quick as I was when I was 22, but I could hold my own; let’s put it that way.

Over the years I’d played against lightning fast senior pros like Peter Barnes, John Barnes, Willie Morgan – who tore the liver out of me – but Giggsy’s impact was unique. This was just a kid, but everything he did was very sharp, very precise, just what he wanted to do. Speak to any full-back; they don’t like what Giggsy did: he was quick, could go both ways, could run all day long.

As a full-back, you can half-think about what things wingers are going to do and prepare for it, but Giggsy would do things off the cuff and that made him difficult to mark. He would just glide past people.

Whatever he did, it just came totally naturally to him. There was no bravado about him. He nutmegged a senior player, but there was no ‘wahey’, no smug grins or anything like that. It was something he saw in the moment and he did very quickly, and it was gone after that. Everything he did was natural. Nothing was man-made. He’d see the opportunity to do something and just do it.

After that session, naturally, Brucey and Robbo said something to me about what had happened. I took a bit of a ribbing from the others in the dressing room too, but that was acceptable. The kid had done great and everyone there who had seen him that day knew that he was going to be a player.
UTD Unscripted
Viv Anderson on Ryan Giggs says

"It just came totally naturally to him. There was no bravado. Nothing was man-made. He'd see the opportunity and just do it."

It helped that he had Sir Alex. You knew, with the crop of players that he’d got coming through – Giggsy, Scholesy, Butty, Beckham, the Nevilles, together with the team he had at the time – that it was going to be a good dynasty, and I was under no illusions about the crop of players he had there. After I’d left the club, the manager always invited me to come back and watch Champions League games from the stands, and each time I came back, you could just see the homegrown group learning and developing all the time under him.

Sir Alex was the perfect manager for all of them. He’d put them in the team, then take them out. They weren’t allowed to do interviews, they weren’t allowed flash cars. He’s got to take a lot of credit for that. It’s okay nurturing one top young player, but four, five, six of a similar ilk, at the same time… don’t underestimate how hard that was, and he was brilliant at that. Those lads couldn’t have been in a better place for their development.

Ryan had the right manager at the right time at the right club. If he’d have gone elsewhere then you don’t know how things would have turned out, but as it was, it was perfect. He and Manchester United were perfect together. Everything about it was sensational, and he went on to do lots more than anybody could have even dreamed of.

As a young boy, you dream about winning the league.

And the European Cup, twice, and a few more trophies besides.
UTD Unscripted
Viv Anderson on Ryan Giggs says

"Giggsy’s impact was unique. He was just a kid, but everything he did was sharp, precise; just what he wanted to do."

Along the way, I came up against him when I was playing for Sheffield Wednesday, and guess what: it still wasn’t easy! The managers I played for would encourage me to kick him early on in the game, get a tackle in, just to let him know I’m around and that it was going to be that sort of afternoon.

The thing is, Giggsy would relish that side of it anyway. He would never cower away from the physical side of the game, which is credit to him. Some wingers, back in the day, you’d give them a couple of kicks and never see them again, but Giggsy was the opposite. He relished it. He was a tough boy, no doubt.

When I came up against him in his 20s, I found out once again that he was so direct with the ball, just like he was in that first training session. When the ball goes up towards the centre forward for a knock-down, Giggsy could go either way behind you, so you weren’t really sure where he was, and you always had to be on your guard. He was still one of the fastest I’ve played against, no doubt.

We’ve seen each other umpteen times down the years since that first meeting and I’ve mentioned it to him a few times. ‘Remember that time you nutmegged me?’ We just chuckle about it and move on, but it’s something I’ll never forget.

It’s nigh-on impossible to say with certainty that a 15-year-old is going to make it as a footballer. There are so many things that can get in the way. However, the likes of Maradona, for example, are different. Those select few are born to be superstars, and you would have to bracket Giggsy with them.

Once you saw him play, even as a young boy, you knew he was going to make it.

The only thing that was going to stop him was injury, which you can’t legislate for. You just knew that, as long as he stayed fit, you were in the presence of a superstar.

To this day, I’ve never seen anybody of that age better than him. He was just absolutely sensational, so it was no surprise to see him make it all the way to the top of the game.

Robbo and I were right: the boy was a superstar.