UTD Unscripted: In the presence of a genius 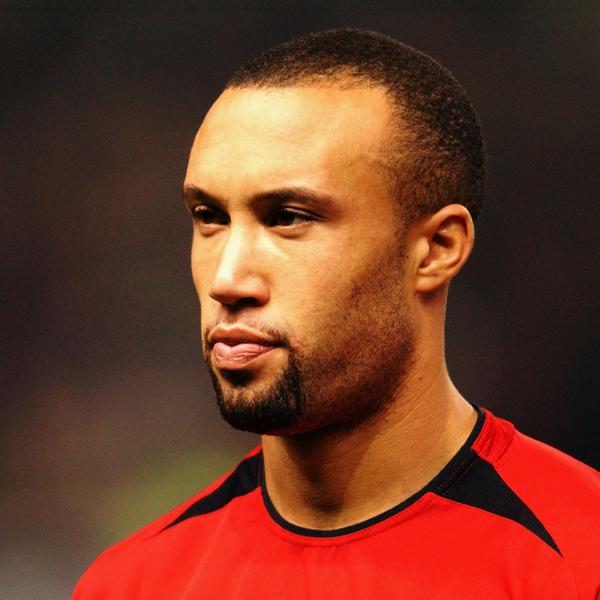 Sometimes, you recognise that you’re in the presence of something special.

When I left Rennes to join Internazionale in 1998, I didn’t know much about Inter at all. I knew some of the names of the players but not all of them. It didn’t take me long to realise how good a squad I’d joined.

I was 20 when I signed, and you look at the other young players coming through at that time: Andrea Pirlo, Alvaro Recoba, Cristiano Zanetti, Sebastian Frey, Nicola Ventola, Zoumana Camara and Ousmane Dabo, my best friend, and they were amazing. Then you look at the senior players…

Roberto Baggio, Giuseppe Bergomi, Diego Simeone, Javier Zanetti, Paulo Sousa, Taribo West, Youri Djorkaeff, Aaron Winter, Kanu, Ivan Zamorano. There were others, too. But even among all those fantastic players, one guy stood out…

Now that guy was special.

Silvestre, Ronaldo and the Inter icons

As well as the Brazilian striker, see which other big names Mikael called team-mates during his time at the San Siro.

View Gallery
Inter had won the UEFA Cup the season before I joined, and they were one of the favourites to win the Champions League in 1998/99. I think Ronaldo was one of the big reasons for that.

I actually made my Inter debut in the first Champions League group game of that season. I was a half-time sub away at Real Madrid because Salvatore Fresi was red-carded. I didn’t have time to think about it. Just straight in and, although we lost 2-0 late on, I enjoyed it so much. It was in Seville because there was a problem with the Bernabeu at the time, but what an experience.

After that I was playing regularly. We played 3-4-3 or 3-5-2, and there was no-one else to play left wing-back. It was very much in at the deep end, but that’s how it was every single day in training with Inter.

Coming from Rennes, the step up in the levels of training was something else. You have to learn fast because that’s the only way to survive. Keep your head down, choose your words carefully and just learn straight away. I knew that at any point, if I wasn’t performing, they could bring someone in to replace me.

The best way to learn is by practicing against these guys every single day. But facing Ronaldo in training… wow. That’s all I can say.
UTD Unscripted
Mikael Silvestre on winning mentality says

At United, we kept winning games but there were never any celebrations in the dressing room. We just shook hands and that was it. Next.

You almost want to just stand back and watch him. Every day he’s inventing dribbles and moves, going in positions that you wouldn’t believe anybody could do, but he does it. It’s so natural and simple to him. What’s amazing is the speed of his movement. His speed with the ball and without the ball is something I’d never faced before and never did again. I was fast, which is fine, but normally when you are against a striker and he’s got the ball, with your speed you normally think you can get there, but with Ronny, he was always quicker and faster, even with the ball.

When it comes to the games themselves, you’re glad to have him on your side. When you play a match with Ronaldo on your side, you feel like you’re playing 12 against 11. With him fit, nine times out of 10 you’re going to win the game. That’s your feeling before the game has even started.

Even though we lost against Real Madrid, we went through the group stage and we were drawn against United in the quarter-finals. That was my first experience of Old Trafford. I don’t think it stopped raining the whole time we were there, so my first impression of Manchester wasn’t the best – I certainly didn’t think I’d be signing for United later that year!

Ronaldo was injured and missed the Old Trafford game, and I was an unused substitute. Since we lost 2-0 in the first leg, I started the second leg in the San Siro. So did Ronaldo.

I was facing Becks. Before the first leg, I didn’t know anything special about him because we didn’t do so much video analysis at the time, but I remember sitting there on the bench, watching him get two assists for Yorkie. So I’m like: Ok, he looks like he’s got a good right foot – I’ll have to stay close to him!

We drew 1-1 in Milan, we went out and I watched the final supporting United because they had beaten us. A few months later, when I had the chance to join Liverpool or United, it was no contest. I made my debut against Liverpool, funnily enough, we won and that was the start of nine amazing seasons at Old Trafford.

Video
Watch the highlights from United's Champions League tie against Ronaldo, Silvestre and Inter in 1999.

One of the things that quickly shocked me when I arrived in Manchester was how little everybody made of winning games. Previously, playing in France and Italy, my teams would always celebrate any win like it was a big deal. At United, we kept winning games but there were never any celebrations in the dressing room. We just shook hands and that was it. Next.

These guys all hated losing. Hated the defeats more than they enjoyed the wins. I became a bad loser too. So I hated it when we were beaten by Real Madrid in the 2003 Champions League quarter-finals. I look back at it now as one of my best memories of playing at United, but at the time I hated it.

We could have done better in some areas, but over the two games you have to say that they were better than us.

This was the time of the Galacticos. Everywhere you looked, they had world class players.

In the first game, we were up against Ronaldo and Raul. (Pick your battle, right?!)

That night Raul was the star, he scored two and we lost 3-1, but my main memories of the tie are the return game at Old Trafford. The atmosphere was electric. It was just such an exciting game to prepare for. Facing the best players in the world, at a packed Old Trafford, on a midweek night.

That’s the type of game you want to play every single day. You know you’re facing the crème de la crème, but you want to savour it. It’s going to be tough, you can’t escape that, but you know it’s the kind of occasion you’ve worked for your whole life. You have your gameplan, let’s see what you can do.

This time they had no Raul.

They still had Ronaldo, though.

"You start to hear a bit of applause, then some more, then suddenly all the fans are clapping... a standing ovation for another team’s player. It’s an amazing gesture."

It was Rio and myself in central defence. Obviously, I’d played against Ronaldo before. He’d also struggled with his fitness over the past couple of years. None of that made any difference.

I knew that you had to avoid diving in, especially with Ronny. You have to react. If you dive with him, he’ll go the other way and then you can’t recover because he’s just so fast. Cover the space. With him, that’s much more important. If you lose, you’re one v one afterwards, so you have to call the other defenders to cover.

Whichever way he wants to send you, he’ll send you. His sharpness, change of direction, all of it was just the top level. Against every striker, you’ve got to be there early to make the challenge, because as soon as they get momentum, you’ve lost the advantage. Defenders can anticipate, but most of the time it’s about reacting. You can say: ’Ok, I’m going to show him to the left side,’ ‘I’m going to show him to the right side,’ but these players… they don’t mind!

Ronny could get something out of his bag at any moment. That’s what makes him so special because most strikers have two or three moves that they are completely excellent at, but Ronaldo had 10, maybe 15.

His best attribute was his ability to strike in a short space of time. Especially at the World Cup in 2002, he scored goals that were toe pokes. You knew that physically he was a bit diminished, but he’s finding the angle and his quick feet on the ground makes him shoot before you can even make a move. That’s where, for me, he was superior to every other striker.

GET EXCLUSIVE CONTENT FIRST IN THE OFFICIAL APP adcard

DOWNLOAD NOW
In the first half at Old Trafford, he opened the scoring. Took a shot early, caught everybody cold.

For his second goal, Real just kept the ball for so long in the build-up, then gave him a tap-in. In general, we suffered in Europe because English football is so high tempo. There is no break. In the Champions League, particularly teams from Spain or Italy, they really mastered the differences of high tempo and low tempo. What was bad for us was that we got frustrated when it was low tempo moments and it was difficult for us to adjust, really. Against a team of that quality, they punish you.

Zidane, Figo, Makelele, Guti, Roberto Carlos, Ronaldo… they just kept the ball from us, then struck.

We kept hitting back and it was 2-2, but then Ronaldo picks the ball up, heads towards goal and smashes in another long-range shot. Hat-trick. It was so disappointing, so frustrating, because we were running out of time and we were heading out of the competition.

Even though we kept going – we won 4-3 in the end - I think Real knew that Ronaldo had done his job and they substituted him towards the end of the game.

As he’s going off, you start to hear a bit of applause, then some more, then suddenly all the fans are clapping.

It was a big surprise, of course, because the Old Trafford crowd – all of them, every person – is standing and clapping for an opponent. A standing ovation for another team’s player. It’s an amazing gesture when you think about it.

You’re standing there, you hear that reaction and, even in the circumstances, in that moment you think to yourself:

Greenwood out of England Under-21 squad