Who could United face next in the Europa League? 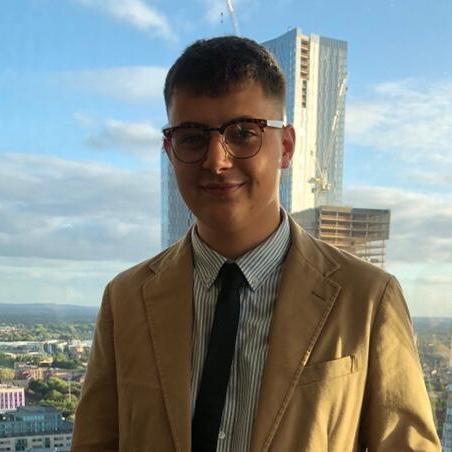 Manchester United have progressed to the Europa League's last-16 stage after eliminating Real Sociedad 4-0 on aggregate in the Round of 32.

Here are all the details you need to know about the next stage of the competition...

WHEN IS THE DRAW?
It takes place on Friday in Nyon, Switzerland at 12:00 GMT. Make sure you check ManUtd.com and our Official App to find out who we'll face.

CAN WE MEET OTHER ENGLISH SIDES?
There is no seeding or country restrictions from the last 16 onwards, so we could be drawn against Premier League rivals Arsenal or Tottenham Hotspur. Another all-British tie is possible, after Scottish side Rangers progressed.

WHEN WILL THE TIES TAKE PLACE?
The games will be played on consecutive Thursdays, 11 and 18 March, and UEFA will confirm the kick-off times in due course after the draw.

WHICH SIDES COULD WE FACE?

AC Milan
A meeting with the Italians would see a clash between two of Europe’s most successful sides. Between the teams we’ve won the European Cup/Champions League on 10 occasions. Of course, the star of this Milan side is former Red Zlatan Ibrahimovic, while current United defender Diogo Dalot is on loan at the San Siro this season.

Ajax
The Amsterdam side, who knocked out French outfit LOSC 4-2 on aggregate, currently sit six points clear in the Eredivisie with a game in hand over their nearest challengers. If we're drawn against them, Donny van de Beek would return to the Johan Cruyff Arena for the first time since he joined United last summer.

Arsenal
We’ve only met the Gunners once before in European competition, when the Reds beat them in the 2009 Champions League semi-finals. Should we be paired with Mikel Arteta’s men, United would need to improve on our league meetings this season, after losing 1-0 at Old Trafford and drawing 0-0 in North London.

Dinamo Zagreb
Bruno Petkovic has been Dinamo’s most dangerous player in the competition, having netted four goals in five Europa League games this season. Zagreb eliminated Krasnodar in the last 32 and previously finished top of a group containing Wolfsberger, Feyenoord and CSKA Moscow.

Dynamo Kiev
The side from the Ukrainian capital eliminated Club Brugge in the last 32, after dropping into the Europa League by finishing third in a Champions League group containing Barcelona and Juventus. We’ve played Kiev four times in our history and have won three times.

Granada
The Spanish side shocked many pundits by knocking out Italian giants Napoli in the Round of 32. Currently sitting ninth in La Liga, Granada have lost their last three domestic games. One link with United is the loan spell Andreas Pereira had there in the 2016/17 season.

Marcus Rashford, chasing down the greats

As the central years of his football life beckon, there’s no limit to what this precocious United hero could achieve...

Molde
Ole Gunnar Solskjaer would no doubt love a reunion with his former side. The United manager led the Norwegians to back-to-back titles in 2011 and 2012 and a pairing with his former club would give us our first ever fixtures against them.

Olympiacos
Although they have only lost once in their domestic league this season, Olympiacos were defeated in five of their six Champions League group games and subsequently dropped into the Europa League. The Greek side beat PSV Eindhoven over two legs in the last round.

Browse our match gallery as we bring you the best pics from our Europa League clash at OT.

Rangers
A  meeting with the Glaswegians would see us come up against an old foe in Liverpool legend Steven Gerrard. United have faced Rangers four times, winning all of those encounters in the Champions League. They currently sit top of the Scottish Premiership, with an impressive 18-point lead over second-placed Celtic.

Roma
The Reds enjoyed one of our most famous European nights against the side from the Italian capital, when we beat Roma 7-1 in the second leg of a Champions League quarter-final in 2007. A meeting with the Serie A side would set up a reunion with two former Reds in Chris Smalling and Henrikh Mkhitaryan.

We round-up the essential discussion topics as we progress to the Europa League last 16.

Shakhtar Donetsk
The Ukrainian side are another team who find themselves in the Europa League this season after finishing third in their Champions League group. Current United midfielder Fred was signed from them in 2018.

Slavia Prague
We’ve never played against the reigning Czech champions, who finished second in their Europa League group earlier this season and eliminated Leicester City in the last round. Prague are unbeaten in the league this term and former Reds winger Karel Poborsky went on to play for the side after his spell at United.

Tottenham Hotspur
The Reds could face ex-United boss Jose Mourinho in the next round after his men beat Austrian side Wolfsberger by an aggregate score of 8-1 in the Round of 32. We've met Spurs once before in European competition – way back in 1963. There the two clubs met in the second round of the Cup Winners' Cup, with United eventually progressing 4-3 on aggregate. Spurs – in the competition as defending champions – won the first leg 2-0 at White Hart Lane, but United stormed back at Old Trafford, winning 4-1, with a Sir Bobby Charlton goal in the final 10 minutes proving decisive.

Villarreal
'The Yellow Submarine' are managed by former Arsenal manager Unai Emery and remarkably, all four of our previous meetings have ended as scoreless draws. Villarreal are currently sixth in La Liga, four points behind sixth-placed Real Sociedad.

Young Boys
We did the double over the Swiss side in the 2018/19 Champions League group stage, with a late Marouane Fellaini strike in the meeting at Old Trafford securing our passage to the next round. Young Boys are 18 points clear at the top of the Swiss table and eliminated Bayer Leverkusen in the last 32.