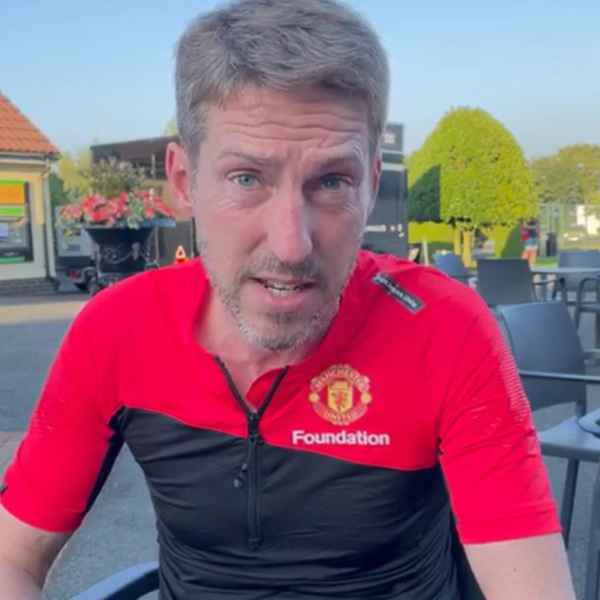 Having come so close to winning the league in 1991/92, there was the feeling ahead of 1992/93 that Manchester United were clear favourites to win the first Premier League.

They’d played under themselves at the end of the previous whereas Leeds had played above themselves to win the league at the last. United were expected to benefit from that but, by the autumn, things had started to drag. The goals had dried up and United clearly needed a striker. Everybody said David Hirst from Sheffield Wednesday; nobody said Eric Cantona from Leeds. I remember with Eric, he was a real figure of intrigue because he was so popular with Leeds fans. They released a song about him and produced huge batches of Cantona T-shirts – which they had to give to Romanian orphanages when he joined United – and he was also clearly a very good player. I’d sat in K-Stand in September 1992 when we’d beaten Leeds 2-0 and he pulled off an overhead kick which drew applause from the home crowd. That didn’t happen at all for an opposing player, lest a Leeds United player, so when he signed a couple of months later, there was a real buzz. There were many reasons for that: you’re getting one over your biggest rivals at the time; it didn’t cost a lot of money; Leeds fans were absolutely devastated; most importantly, United needed a striker.
All The Goals: Eric Cantona Video

All The Goals: Eric Cantona

Watch all 82 of Eric Cantona's goals for United during his unforgettable reign at Old Trafford...

Expectations were sky high straight away. People spoke about him in reverential tones before he’d even kicked a ball. He played a friendly against Benfica in Lisbon to celebrate Eusebio. I went to it and it was a famous game even at the time, such was the interest around him, and then he came on as a substitute against Manchester City a few days later and settled in very, very quickly.

The cliche goes that Eric was the final piece of the puzzle, but that’s true. He was.

The players buzzed off him as well. Imagine going in that dressing room, full of egos, strong personalities, very good players including forwards like Brian McClair and Mark Hughes, and getting them all onside. He did it from the very first training session. He gave what they needed to take them to another level.

All the auxiliary factors like living in Boothstown and having a cultural hinterland which, with respect, the other players didn’t have, appealed to a lot of people. Being a foreign player was big, too. There hadn’t been many outside of Britain and Ireland until then. This big, good-looking guy came in with this reputation of being an enfant terrible, with a track record of being at cool-sounding French clubs, wearing his collar differently to everyone else, and it all added to the enigma of him.

He was so much more than just a player. He was hugely impactful on the playing side of Manchester United, but his image and his attitude were just so much more interesting than any other player – and I don’t say that to demean them – but he was. He’d be going out in the Northern Quarter in Manchester before it was even called the Northern Quarter. He was into art. His backstory was something that the fans wanted to buy in to. He’d talk about his grandfather escaping the Spanish civil war and living in a cave, and he’d just capture the imagination because he was so cool and interesting.

All the anecdotal stuff you’d hear around Manchester about him was good. Someone would say they’d seen him in the Peveril of the Peak pub, but they’d discard things like him wearing a £4,000 Cartier watch. People wanted a hero, they were ready for one, and that’s what he became. You want to believe that your heroes are superhuman, super interesting, super cool, and as a result they fell in love with Eric Cantona really quickly. Clearly, none of that stuff would matter if he was garbage at football, but he wasn’t. He had an air, a self-assured arrogance, which is different to plain arrogance, because he knew he could back it up with the talent he had. It's a beautiful story, really, because so many things worked on different levels. Eric had travelled around and everyone knew he was talented but nobody could find a place for him. United was that place. The Premier League had just started and that had an increasing profile which needed lead characters. The script needed to be led. In Sky, you had savvy people who could dramatise a personality like Cantona and it all fed into this beautiful narrative which blew up and up and up. There was perhaps a sense that those factors, plus the hero worship, created a bit of bias, such as when the club’s official magazine ran a poll naming him the club’s greatest-ever player after 18 months – and I’d have given a penny for the thoughts of Denis Law or George Best at the time – but the club’s profile was rising exponentially and Eric was central to it all.

Cantona exclusive: The best years of my life

Catch up on our Q&A with an emotional Eric to celebrate the 30-year anniversary of his transfer to United.

The merchandise figures were going up by the week, even though Old Trafford was still pretty small and was being reconstructed after the Stretford End had gone down. He was playing in front of 32,000 people at times, but he was idolised by the fans and loved in the dressing room because the team had needed something extra to push them over the line and he brought that magic. It all came at that perfect time when United had a great team with brilliant young players coming through as well. His legacy is huge. Looking at his bare statistics, Eric’s not Lionel Messi. But if you put into context what he did to a team that really needed lifting, which then took off, then his influence on the club is absolutely immense. When I was a kid, I dreamed of seeing Manchester United become champions of England once. The fact that Eric made that happen, joining a team that had started the season badly, made him massively influential. Viewed over the passage of time, United have won the league 13 times since he signed, been world champions, champions of Europe twice, so things have moved on a lot, but his arrival was unmistakeably the start of all that.