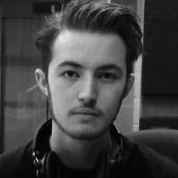 There’s nothing quite like the beautiful game. Whether you’re experiencing it as a fan or a player, it’s hard to compare the rollercoaster of emotions that you go through when either watching or playing football.

In contrast to all the highs, injuries are an aspect of the game that can’t always be avoided and ultimately can leave a player out of action for a considerable amount of time.

However, it’s a player's mindset and ability to turn a negative into a positive when something unfortunate happens. Aoife Mannion is a shining example of such behaviour, with the Manchester United Women's defender eyeing a return to action after suffering an anterior cruciate ligament injury back in March - her second in just over two years.

We caught up with Aoife in order to find out just how important having a determined, hardworking and resilient attitude is when faced with challenging times.

Aoife's first ACL injury came back in October 2019, in what was a complete rupture of the ligament in her right knee.

“From the day I got injured until I returned it was about 15 months, so it was a really, really long time, it was really drawn out. We had the Covid experience, which was obviously really unsettling for everybody, and what that meant in the football world was obviously we weren’t in the training ground, so a large portion of my rehab was at home,” she explained.

After persevering through rehab to get back to playing, Aoife unfortunately re-injured the same knee in last season's Conti Cup semi-final against Chelsea. It’s a difficult process to go through once, let alone twice, as Aoife explained.

"As players, we’re used to having a standard routine that involves all the teammates. You’re going into training, you’re in the gym together, and then an ACL injury just represents a departure from that. So, it’s to sort of be isolated and be on your own for so long.”

Not one to dwell on things, Aoife’s clear determination shines through when speaking about her experience. Having explained the change in her life due to the injury, it was no surprise that she immediately looked for the silver lining in what was a dark cloud of a situation. “This time, however, it seems to be going really well. I’m feeling energised, I’m feeling competitive, I’m getting itchy feet and I’m asking the physio ‘How long? How long?’

“And so, it’s just kind of almost two different injuries, even though they’re both named ACLs, and I’m happy that this time it feels like the good, or the better experience of the two rather than last time.”

GET YOUR SHIRT NOW

Discussing whether there's a difference in the process this time, Aoife details that it’s easier in some ways and harder in others.

“It makes it easier because I feel like I’m less emotional this time. Last time I was experiencing everything for the first time, so the highs and lows felt really dramatic. But this time around, there’s a lived-through experience that proves that it gets better over time and things ultimately improve to the point that you return to full fitness again and then you go off into the wild.”

Not getting too carried away, she stressed that just because the second injury has been easier than the first, that doesn’t mean that this is the case going forward and that it was harder in the sense that this time she couldn’t just convince herself everything will be fine and nothing unfortunate would happen again.

“I’ve had to draw on different motivations this time, just thinking 'let’s make the most out of this single opportunity today, to invest myself in the rehab and then I can relax later.'”

Now six months after her operation, Aoife is ramping up the work down at Carrington.

“I’m on the pitch, I’m cutting, turning, running really fast, accelerating and decelerating, starting to do all the movements that we ask our bodies to do during a game.”

Naturally, Aoife is starting to get excited as she edges closer to that highly-anticipated return, and in her own words perhaps even a little bit impatient.

“That’s a great way to put it, [I'm] more determined than ever. I cannot wait to be back on the pitch wearing a Manchester United shirt, with a popped collar!”

Of course, an important support network is crucial in testing times such as these, and Aoife notes that she had everything she needed to help her.

“The girls have been really supportive when they’ve seen me running around on the pitch, they cheer. I was doing a bit of fitness today, and I probably could have been dragging my leg and they still would have said ‘well done Aoife, you’re doing great!’”

The uplifting environment is something that is understandably missed when a player is injured, yet Aoife explains that it’s something that hasn’t changed all that much thanks to the camaraderie and encouragement that they give to her, and that spurs her on because they’re obviously seeing the positive effect it has on her.

It isn't just the support of her teammates that has helped Aoife during her second stint of rehab, but the medical staff too. She explains: “The coaching staff are really motivating and encouraging. We have a really close-knit team and I really trust them and look forward to coming in every day and talking to them and seeing what they have got planned for me.”

In particular, Aoife referenced the head of physiotherapy for the women’s team, Ib Kerem, who oversees the structure behind her rehab and, ultimately, the path to a safe return playing football again.

“I can’t wait to work in his sessions every day, because they’re always really intensive and well thought-out.  When he does a new session, I’m really excited to try and do it, and I think that relationship that I have with the staff will really pay off by the end of the rehab.”

The 27-year-old has been very vocal and transparent with her rehabilitation efforts on social media and explains that, particularly in the women’s game, it’s an injury that is more common than we’d like it to be.

“I think that something I would have liked when I first got injured was to see more people talking about it, it’s just quite a dramatic injury really, it’s quite a long injury, particularly in the women's game.

“It can be quite inspirational for people who are going through an ACL injury to see someone who might be a few months ahead of them. Because when the natural days come where you’re not improving or you might feel a bit bogged down, it can be quite uplifting to think ‘OK, so and so is a little bit ahead of me and they’re still doing fine and have improved.’

“So if I can represent that to someone who is at three months because I’m at six months, then that’s good enough for me.”

When asked if there’s any advice Aoife would give to the next generation of female players, whether they're injured or not, her response was: “I think that something that resonates with me is to just keep going, that’s probably the overarching theme of any long-term rehab, you just keep going and keep showing up every day.

“You can play. And not only can you play, you can be a professional footballer. This is probably the first generation of young girls now that we can say that to.”

Not only this, Aoife noted the importance of England's victory at this summer’s European Championship, explaining: “The Lionesses’ success in the Euros will be a massive catalyst for the growth of the women’s game going forward.”

Turning our attention to her future ambitions and the next steps in her rehab, Aoife emphasised that her main goal first and foremost is to simply get back playing.

“The physio has a very, very clear idea of when he thinks I should return to the pitch. I won’t tell you in this interview so that we can keep it a surprise, but I know what I’m aiming for,” she said.

Then there's a further wish, which is to help United achieve European football for the first time.

“As a team, last year we came fourth, the previous year to that we came fourth, and we know that if we’re able to go a step beyond that, and if we were able to break into the top three then that would mean Champions League football.

“So that’s something that is a great motivation for everything, and I know that the fans expect and demand that as well. So to be able to, or to have the opportunity to be a part of a team that can potentially deliver that to the fans, you know, surely there’s nothing better than that?”

In the end, Aoife is so hyper-focused on coming back and playing football, which is quite obviously her passion. She not only feels confident but also explained that she’s also feeling technical, athletic, sharp and simply better than the first time round.

“So at the moment I don’t feel stressed, I don’t feel pressure, I can just see a natural end point where I will feel really, really good.”

We're certainly looking forward to having you back!

On set with Ronaldo and the Lionesses