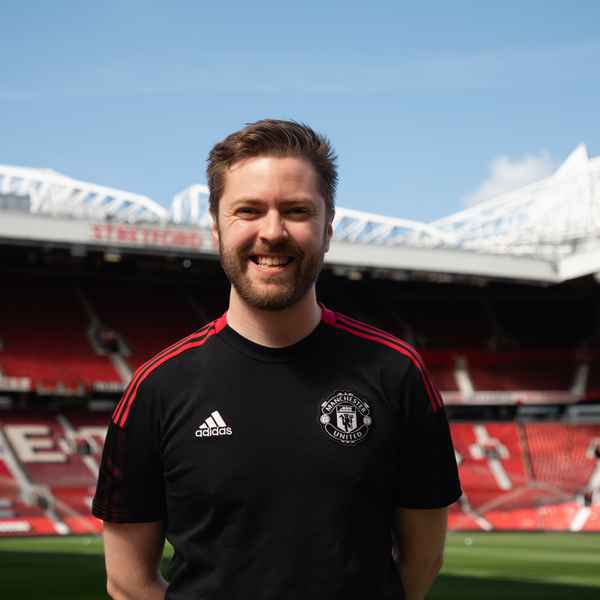 Former Manchester United forward Dimitar Berbatov has spoken of his excitement ahead of his first match at Old Trafford in over 10 years.

Berba will form part of a team of Legends, led by manager Bryan Robson, that is set to take on their Liverpool counterparts.

Although known for his exquisite touch and classy style of play, it was Dimitar’s stunning hat-trick against our Legends of the North opponents back in 2010 that truly immortalised his legend. Unsurprisingly, the confident Bulgarian has his sights set on a repeat performance.

“First and foremost, the game is for a great cause in Manchester United Foundation. It’s important to me to support this kind of thing, but of course, it’s going to be a fantastic game! There’s no such thing a friendly when you play a rival team and I know that every player involved will want to win.

“It’s always difficult to predict the score in a match like this, but I’m going for 3-0 United, with a hat-trick from Berbatov!”

'I try to entertain but with an end product' Video

'I try to entertain but with an end product'

Dimitar Berbatov tells us about his Liverpool memories ahead of the Legends of the North game next month...

It might be a bold prediction, but Dimitar proved to be a hat-trick hero on no less than 4 occasions during his time at Old Trafford – so he certainly has previous. The most notable was, of course, in the 3-2 win over Liverpool which featured an incredible bicycle kick. “This is something the fans always talk about,” he said. “It was a really great goal, but the most important goal for me was the next one that won the game. The goal that gave us the win was a simple header and this is what sometimes you need to do to get the points. As far as the bicycle kick goes, it was just instinct and improvisation because this is how I used to play my football.” Since hanging up his boots Berbatov has been as busy as ever, even running his own foundation. Supporting and inspiring young people is Manchester United Foundation’s core objective, a passion shared by Dimitar and his own charity, making the reunion all the more meaningful. “During my time at the club, the visits to see the kids in hospital at Christmas were always a highlight,” Dimitar recalled. “Sometimes, kids only need that small gesture of respect and saying: ‘How are you, are you okay?’ Something to encourage them and something to inspire them.

“A smile goes a long way. I am fully into giving back to society in one way or another to show you are grateful for what is happening to you. It’s what I am doing in my own foundation, which is why it is great to come back to Old Trafford to support Manchester United Foundation with their good causes.”

Berba will be joined at Old Trafford by a host of other huge United names including the likes of Diego Forlan, Patrice Evra, Jaap Stam, Nicky Butt and Paul Scholes. The match will take place on Saturday 21 May, with all proceeds going to Manchester United Foundation’s work with young people across Greater Manchester and beyond.

It’s all to play for, so don’t miss out – get your tickets now!

Update on Fred, Shaw and Cavani