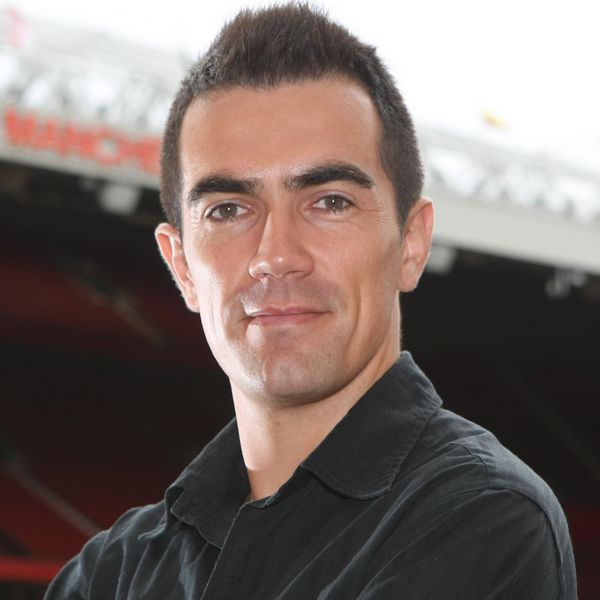 Manchester United manager Ole Gunnar Solskjaer has given an exclusive and in-depth interview to us, ahead of this weekend's flight to Australia for the start of Tour 2019.

A wide variety of topics are covered in our discussion at the Aon Training Complex, including pre-season training, backroom changes, new signings and the latest news on the transfer front.

It is clear the boss is brimming with enthusiasm, as things start to take shape in preparation for the 2019/20 campaign...

What were your feelings driving into the Aon Training Complex again?
"Every time, it’s about excitement. I’ve been away from the boys and have not seen them since the disappointment at the end of last season. You want to look them in the eyes again and see how they’ve recovered and how they’ve prepared for the season. I was excited driving in and it’s been great seeing them."

Have you eased the boys in or has it been straight down to the hard work?
"We’ve got six weeks until the league starts so we can’t take it easy. They've all had their individual programmes and are in good shape from day one, so we’ve put them through their paces. Of course, most of the things in modern football are with the ball. You do technical work - and that is also physical work - and tactical work. You can’t just run them up and down in straight lines like I used to [do], when I was young. To be fair, I didn't either - I think I caught the beginning of the modern era of football."

It’s important to have the players at a certain level of fitness, so how happy are you with that?
"I’m very happy. Of course, we gave them a programme and they all followed it. Some are in better shape than others. Overall the squad is in very good nick, so we can get the real hard work and good quality work [done] straight away."

Does every player start with a clean slate ahead of the new season and with an equal chance of impressing you, the staff and getting on the team-sheet?
"Yeah, there is a chance for everyone. They are all going to be a part of this. Well, most of them anyway. I always felt the first couple of weeks was a big chance for me to impress the gaffer [Sir Alex Ferguson] and to show him that I am ready for the season."

And particularly for the younger players who have been promoted, this is a great opportunity for them...
"Yeah, they’re fit and young and healthy. They have impressed, to be fair, and you can see some of them have been training over the summer, because they are not going to feel that burnout. And the intensity of this training is a bit harder for them, so they’ve prepared well and held their own, to be fair."

Some of the players have signed new contracts recently - how happy are you with that?
"Of course, over the summer we're delighted that we have got Juan [Mata] sorted, Marcus [Rashford], Axel [Tuanzebe] and Andreas [Pereira]. People in different stages of their career. There are young lads coming through our Academy and showing their ability and mentality as a Manchester United player. Then you’ve got Juan, who is a true professional and a fantastic lad. He is going to be so important in this group to help the youngsters."

Two new faces have come to the club – Daniel James and Aaron Wan-Bissaka. Why do they fit the sort of profile you are looking for in signings?
"Well, I know this club, the supporters, staff, coaches and team-mates, we want players who can get us off the edge of their seats as well. Both these players have x-factors, real x-factors, and are great, humble human beings who are hard-working, hungry and just at the start of their careers. I’m sure the fans will be delighted when they see their progress. They are here now. Now it’s up to them to take the opportunity and prove their worth. Of course, we don’t expect them to set the world alight on the first day, but they are going to grow into big and very good Manchester United players."

They both mentioned conversations with you about their vision for the future – how exciting is it they’re buying into it?
"They’ve been great when I’ve spoken to them. It’s about them also coming in, being themselves and showing that they’re here to take the places of the other players, which makes a competition for places, which will then spur their team-mates, to be fair, to push their game. Obviously, Aaron has not joined us yet but Daniel has already set the marker and the standard on work-rate and attitude in training. Whoever you’re going to speak to later on, if you ask about him then it’s been a delight to see."

We’ve signed these two players in the transfer market – do you expect more business during this window?
"Well, it’s a long-term and it's a short-term project. You cannot just think three years down the line, so we’ve got short-term goals as well, of course. I think we’ve been quite calm and good in the market as we’ve got the right people, and we’re still working on a case or two. Of course, we’re always looking to improve the squad and, all over the summer, I’ve been in touch with Joel [Glazer] and Ed [Woodward] and all the recruitment people, and analysis people. I’ve got to say it’s been very good so far. I’ve got the backing and we’ve got the people we wanted, for now, and there will probably be some more business being done."

Getting down to business

There have been changes to the backroom staff, so has it been important to get people in with United DNA?
"We’ve got a couple of ex-Manchester United people, even ex-players. You’ve got Mike Clegg, who I played with and had his dad as a coach in the gym here. We’ve got Richard [Hartis] who I have worked with for seven or eight years, so I’m really close to him. And Ed [Leng] has come in as well, in that group of people. He is not a Man United guy, but he’s worked with Warren Joyce – of course, he’s a United guy and I worked with him. They all know what the club is about and what I’m about. They are great people for me to bring in."

And Quinton Fortune as well?
"Of course, with Woody [Neil Wood] in the Reserves. I brought Quinny to Cardiff with me as well. It didn’t last long [laughs], but Quinton is a Man United guy and this will be good."

Is that what you want, in terms of positivity, to instil it into everybody in the club?
"You know, we’re here to excite people and to excite ourselves. We are here to enjoy coming to work, working hard and every day here has got to be one of the best days of your life. The game I played at Old Trafford over the summer, 26 May, was one of the best times I’ve had in the last 12 years since I retired. Just to be on that pitch. We’re here to provide that environment for the players to get ready and to enjoy our football so we can excite the fans."

It was challenging being caretaker boss and then permanent manager, and having a difficult end to the season. But do you see the new era beginning now really?
"Not really, as those five to six months that we had from December has been great knowledge for me. We can see the ups and downs and you can see the capabilities of the players, and what we can do when we’re at our best. At Manchester United, and in the Premier League, I have to say, you have to be at our best for long, long periods. You’ve got to be consistent. You can see the top two teams last season were so consistent. We’ve got to get up there so that’s great knowledge and learning for us, and great experience. Of course, to have the pre-season together and lay down the foundations and principles to get the fitness, the tactics and the mentality right, and to get the team gelled as one, is important."

So how excited are you to walk out at Old Trafford again against Chelsea?
"I can’t wait. Then again, I can’t wait to get on tour and have the first game against Perth Glory. I think that’s the first time we’ll see them in the new shirt, in the kit, and that means something. We’ve got some great games coming up as preparation. So, by 11 August, there’s a hungry, fit and smiley squad coming out on to that pitch."

Finally, have you got a message for our amazing fans?
"We can’t wait to see them. We can’t wait to get started on this journey to become the real Man United that we know we can be."

All six of Manchester United's pre-season games will be available to watch live on MUTV, including the clashes with Tottenham Hotspur, Inter Milan and AC Milan.