International Reds: The story so far 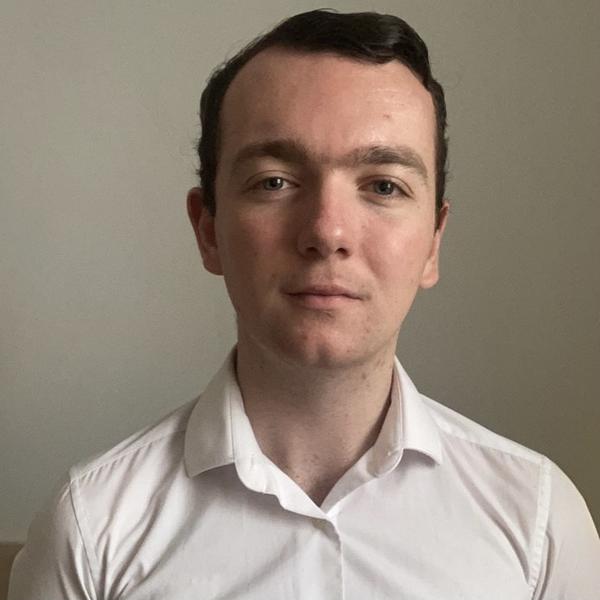 With Euro 2020 qualifiers, the Nations League, South American World Cup qualifiers and friendlies, there was plenty to keep an eye on.

We’ve put together this handy round-up of everything that happened last week, involving United players on international duty.

Also, scroll to the bottom for a reminder of all the fixtures this week…

BRAZIL
New signing Alex Telles came on as a substitute for Brazil in their victory over Venezuela on Saturday night. Introduced for Atletico Madrid’s Renan Lodi in the final minutes of the encounter, Telles helped close out the game for Tite’s side. As things stand, Brazil sit top of the CONMEBOL World Cup qualifying table, and are the only team with a 100 per cent record after three rounds of fixtures.

Just for fun, can you tell which da Silva twin is which?

View Quiz
ENGLAND
Harry Maguire captained the Three Lions to a 3-0 friendly win over the Republic of Ireland on Thursday. Maguire opened the scoring for Gareth Southgate’s men on the night, when he rose highest in the box to head home Harry Winks’s cross. It was also a significant game for goalkeeper Dean Henderson, who made his senior international debut in the match, and managed to secure a clean sheet. Neither featured on Sunday, however, as England were beaten 2-0 by Belgium in a crucial Nations League fixture.

FRANCE
The world champions confirmed their place at next year’s Nations League finals, with a 1-0 win over Portugal on Saturday. Both Paul Pogba and Anthony Martial started for Les Bleus as a second-half N’Golo Kante strike gave France a crucial three points. The pair were also involved as the French suffered a shock 2-0 friendly defeat to Finland three days prior, and could come up against United team-mate Victor Lindelof this Tuesday when Sweden travel to Paris.
NETHERLANDS
Donny van de Beek played a vital role for the Netherlands last week, as he made appearances in both of his nation’s games. He provided the equaliser for the Dutch against Spain and played half an hour in a comfortable 3-1 win over Bosnia and Herzegovina in the Nations League. Donny and co will be relying on Bosnia to stop Italy topping Group A1, with the Netherlands a point behind the Italians heading into the final round of fixtures.

PORTUGAL
Bruno Fernandes suffered a disappointing week as he and Portugal failed to qualify for the Nations League finals, following their 1-0 loss to France on Saturday. Playing 72 minutes of the match, Fernandes and Portugal slumped to a defeat that ensures Didier Deschamps’s men will finish first in the table. However, the Portuguese will be looking to close out the international break on a high as they face Croatia on Tuesday.
‘I play as an eight-and-a-half for Portugal!’ Video

‘I play as an eight-and-a-half for Portugal!’

Watch as Bruno Fernandes discusses the intricacies of his various midfield roles, and the players who have inspired him…

SCOTLAND
Scott McTominay and his Scottish team-mates ensured they will feature at next summer’s Euro 2020, after enjoying a famous penalty shoot-out win over Serbia on Thursday. McTominay started at centre-back for Steve Clarke’s side, and slotted home the Scot’s third penalty of the night to help secure the country’s first appearance at a major international competition since 1998. In a somewhat less memorable game on Sunday, Scotland fell to a 1-0 Nations League defeat to Slovakia, with Scott an unused substitute in Trnava.

SWEDEN
Victor Lindelof returned to the starting XI for Sweden on Saturday night, as they just edged out Croatia 2-1 in a tense encounter in Stockholm. The Swedes made it 2-0 before half-time thanks to goals from rising talent Dejan Kulusevski and defender Marcus Danielson. A late own-goal from the aforementioned Danielson reduced the deficit in the second period, but Lindelof and co held out for all three points in the Nations League Group A3: Sweden’s first win in this year’s instalment. The Scandinavians head into the final group game needing to better Croatia’s result to avoid relegation.

URUGUAY
Back to South America, and Edinson Cavani was on the scoresheet in a convincing 3-0 win for Uruguay over Colombia last Friday. Opening the scoring in the fifth minute, Cavani and Uruguay never looked back as both Luis Suarez and Darwin Nunez found the back of the net for La Celeste. Tuesday night will see Uruguay take on Brazil in another qualifier, where a Uruguayan win would bring them level on points with the five-time world champions at the top of the table.

WALES
Two more Reds were in action for Wales, as they continued their pursuit of promotion within the Nations League. Daniel James played the full 90 minutes on Sunday in the Dragons’ 1-0 win over the Republic of Ireland in Cardiff. Along with James, youngster Dylan Levitt also made an appearance earlier this week, starting for his country in their 0-0 friendly draw against the USA. For the Welsh, it all comes down to Wednesday’s crunch fixture with Finland, where they simply need to avoid defeat to guarantee promotion to the top tier of the competition.

*All games kick-off at 19:45 GMT, unless stated otherwise.

Keep up to date with all of Tuesday and Wednesday's action via our International Updates blog.