Why Greenwood's stats are astounding 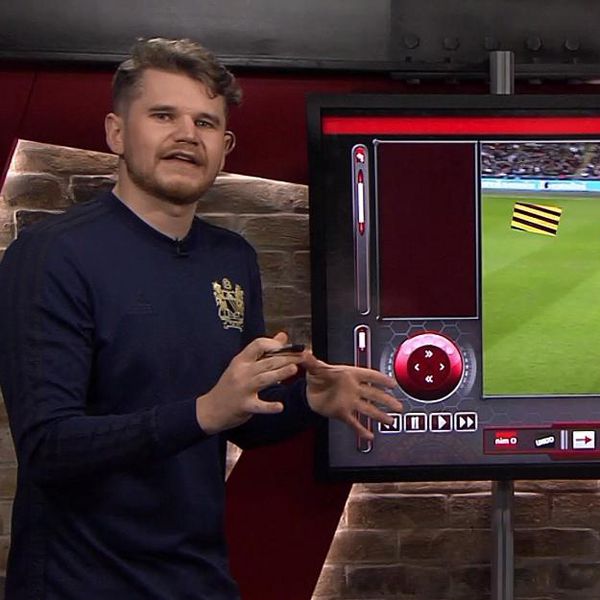 To many, Mason Greenwood’s fine season, so far, will come as no surprise.

The ambipedal forward was nothing short of a phenom in the Academy last season, being directly involved in 1.3 goals per game across all age groups and winning the prestigious Jimmy Murphy Young-Player-of-the-Year award. There are a plethora of Reds across the globe who follow the youth teams closely and will have foreseen Greenwood’s explosive start to life in the first team. Let’s be clear, though, the numbers that Mason put up this season are absolutely astounding.
Video
Watch Mason Greenwood doing what he does best!

First, let’s talk about the UEFA Europa League – in which Greenwood has played 460 minutes, the third-highest of any outfield player at the club. The European stage has been a big part of the forward’s campaign, with Ole Gunnar Solskjaer making the youngster a mainstay in the competition, despite the team’s depth up front.

He’s the top-scoring teenager in the tournament with five goals, meaning that he has averaged a goal every 92 minutes in continental games. Quite incredibly, those five goals come despite the young forward’s expected goals (xG) standing at 1.7, which highlights just how clinical he is in front of goal.

Greenwood was credited with an assist for Anthony Martial’s goal in the home clash against Partizan Belgrade, after his intense pressing led to the Frenchman receiving the ball to score - ultimately meaning the teen star has averaged a goal or assist every 77 minutes in the Europa League this season.

To be good enough to force yourself into the squad at 18 is one thing, but creating a goal every 77 minutes is, frankly, frightening. As well as becoming United's youngest-ever scorer in European competitions, Greenwood beat George Best, Marcus Rashford and Wayne Rooney to become the youngest player in the club’s history to score five in continental encounters. Esteemed company indeed!

Now, let’s talk about the Premier League, another competition in which Mason has played a key role this season. Greenwood has racked up 648 league minutes so far this term and has been introduced from the bench more than any other player in the division.

His five strikes in the competition put him on an impressive average of a goal every 130 minutes. Again, he is significantly over-performing in terms of xG (2.1 expected goals per game, based on data analysing his shooting positons).

Unsurprisingly, he is also the top-scoring teenager in the league. To put his top-level output in a slightly wider historical context, Greenwood is averaging 0.70 goals per 90 this season - which he started as a 17 year-old. Raheem Sterling (0.21), Wayne Rooney (0.52) and Michael Owen (0.54) were all way below that kind of strike-rate in their equivalent league seasons.

What’s perhaps most striking about his numbers in the Premier League, though, is the volume of shots from inside the area that he produces. Decision making, in terms of knowing when is best to shoot, is usually something that comes later for young forwards - that's what really sets Greenwood apart from the rest. His 1.7 penalty-area shots per 90 minutes is equal to Martial, Rashford, Pierre-Emerick Aubameyang and Harry Kane.

For further context, the league’s leading scorer, Jamie Vardy, averages a comparable 1.9 penalty-area shots per 90 minutes. As well as having that smart decision making and ability to find high-quality opportunities, Greenwood’s exceptional finishing makes him a real threat from range - with only seven players from across Europe’s top-five leagues scoring more from outside the box than him, despite his relatively limited minutes.

In fact, the Yorkshire-born prospect has a comparable conversion rate from outside of the penalty area (14 per cent) with Europe’s best long-range shooter, Lionel Messi (16 per cent). No player with fewer than 1,000 league minutes this season has scored more goals from range than the Reds youngster. Quantity and quality, regardless of distance.

It’s also worth talking about the nature of some of those goals. His first league strike came against Sheffield United, getting on the end of a good ball from Rashford to make it 2-2. Similarly, his smartly disguised finish against Everton in December put the Reds back on level terms.

He also broke the deadlock during a Carabao Cup clash against Rochdale, earlier in the season. Seemingly, he isn’t fazed by pressure, which bodes very well for the future.

Although there are 11 years between them in age, Mason and Nemanja have the same mentality in lockdown...

It isn’t just goals that the youngster has contributed, though. Greenwood has averaged 0.69 final-third tackles per 90 minutes, ranking him second in terms of forwards with 600+ league minutes this season. That’s testament to the forward's willingness to work hard off the ball and press, which is clearly a characteristic that Solskjaer and his staff value highly.

He has also only been dispossessed 1.4 times per 90 minutes, despite his volume of high-risk actions, mostly cutting in from the right and looking to beat a man and shoot.

Put the goalscoring ability aside and you’re still left with a very well-rounded young footballer. Consider the ability to find the back of the net too and you’re looking at a potential superstar in the making, even if he is still in the early stages of his senior career.