UTD Unscripted: This is who I am 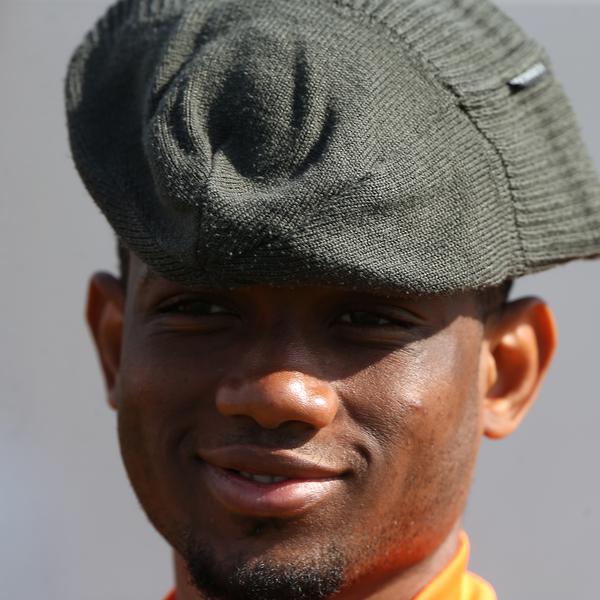 It’s not my style to rush things. I know that I am young, that I need to develop slowly and just focus on improving myself each day, so I am patient and I know that if I do all the right things, my chances will come.

I have to say, though, that even though I have only been at Manchester United for a few months, a lot of big things have happened to me already in my time here. Take my first goal, against AC Milan, for example. When I saw that Bruno Fernandes had spotted my run, and that the ball was coming my way, I only had one option: back-flick it with my head. If I had brought the ball down and turned, a defender would have taken it off me, so that wasn’t an option. I didn’t even think about it as the ball came towards me, I just went with my head. I couldn’t go too hard or too soft because it might miss or the keeper might save it, so I just glanced the ball and it went into the net.
Amad says

"My first thought was… mamma mia! I have scored a goal in a United shirt!"

My first thought was… mamma mia! I have scored a goal in a United shirt!

I couldn’t believe it.

My second thought was for Willy Braciano Ta Bi, my former team-mate who had died a couple of weeks earlier.

He was a good friend of mine, another Ivorian in the youth team at Atalanta, and he had always showed me a specific goal celebration and he said that when he scored his first goal for Atalanta's first team, that was how he was going to celebrate. So, as soon as I scored against Milan, that came into my mind.

So I did his celebration. I wanted to remember him like that. I had to remember my good friend. It was a very emotional moment for me, as well as being a great moment in my career.
It was all so hard to believe. A few years ago, I could never have expected such a thing. To score my first goal for Manchester United. After the game, when I got home, I looked at myself in the mirror and just couldn’t believe it had happened. But life is like that, it gives you things you do not expect. Two weeks earlier, after I made my United debut against Real Sociedad, I called my mum after the game and she was in tears, saying that she couldn’t believe it. For me, it was an incredible feeling because getting to play at the highest level only happens once in a lifetime. Mum was really proud of me. She was always confident that I would make it to the top, but she always told me to stay humble, to work hard and never give up. So, when she saw me play those eight minutes or so, it was everything to her. We couldn’t believe it. It’s all just incredible, and all of this, I think, is thanks to God. I am a Muslim, I pray a lot and I do everything that I am asked to do as a Muslim so, when I pray, I ask God to give me strength and to grant me good health. Because when you are healthy, you can do lots of things. I am a true believer and I have to thank God for all of these ingredients in my life. I pray to thank him every day. Before going on to the pitch, I say my Bismillah and I do the same when I leave the pitch to always thank God. I always do this, it is important for me. Religion helps me a lot and always has.
Amad says

"I called my mum after the game and she was in tears, saying that she couldn’t believe it. For me, it was an incredible feeling because getting to play at the highest level only happens once in a lifetime."

There is so much that I am already thankful for, like my time at Atalanta. It is a serious club, a club that helps you to grow as a player, and today I am proud to have played for them. I can tell anyone that I am a product of the best youth set-up in Italy. Atalanta is a unique club, it is set up to work hard, to take you seriously, and today I am happy to be able to say that I have been part of a club like Atalanta. I loved my time in the youth system there, and I was fortunate enough to score on my senior debut under Gian Piero Gasparini, who was a hard taskmaster but had a lot of belief in me. I think I came on against Udinese in the 79th minute for Josip Ilicic. Before going on, Gasparini gave me a lot of strength and inspiration, he said: “Go on Amad, do what you always do.” So I was really confident when I went on and, when I got that ball, I could only shoot because there was no-one I could have given the ball to and I couldn’t have crossed it. So I just had a shot and I saw it hit the back of the net. It was in front of our fans and it was an unbelievable feeling. That word again, unbelievable! That’s how it felt when the biggest club in England said they wanted to sign me. I am so happy to be here now in Manchester. This is an ambitious club, a club which always wants to be at the very top, a club which is very important for my growth and development. I have only been here a few months but, from what I have seen so far, the impression I have is very positive. The main difference between here and Atalanta is that I would say that training is more physical here. There is more focus on ball control and other things there. I think I am improving more as a footballer compared to Italy. But since I was at Atalanta, I think that I had a good football education because I came through the best youth set-up in Italy. Gasparini was a tough taskmaster so, before coming here, I had already made some progress. There is certainly a big similarity between the two clubs, since they both give a lot of opportunities to young players. When I made my Premier League debut against Leicester, the forward three was me, Mason Greenwood and Anthony Elanga: two 18-year-olds and one 19-year-old! It’s hard to get your head around such a young forward line, but it just goes to show that this club believes in young players. It gives you time to develop and when the club sees you are coming on in training, doing well and following what they tell you to do, you then get given the opportunities you want. I play here like I played in Italy. Obviously, coaches set up teams in different ways but playing wide-right here, having freedom, having to attack and defend. In Italy it is a case of go and attack but then defend and it is the same here. I see myself more as a wide-right player, but I have always said that, in football, you should never have a preferred position. Okay, perhaps you have a preference, but you should be ready for anything. I have played wide left, wide right, and I have played through the middle, so all of the positions are the same to me. If the coach tells me to play in a specific position, there will be a reason for that. I will not argue, I will just play in that position. If I really have to say a favourite position, I would say wide-right, because, from there, I can dribble and carry the ball deep into the opposition’s half. So I guess it is the position I like best, but I have to be ready for everything.
Amad says

"I can tell anyone that I am a product of the best youth set-up in Italy. Atalanta is a unique club, it is set up to work hard, to take you seriously, and today I am happy to be able to say that I have been part of a club like Atalanta."

What’s important is that I keep working hard and developing my game. Everyone here is great - the boss, Fletch, Carrick, Kieran, all of them give me advice in training. I can hear them shouting at me: “Go on Amad, go on Amad.” And this makes me want to train even harder. They help me a lot, they speak to me, they tell me when I make a mistake, they tell me when I am doing well and that is important, especially for a player like me since I am young. They help me a lot, they have helped me a lot so far. I’ve had a few opportunities in the first few months of 2021. I scored against AC Milan, assisted Mason against Leicester, so there have been some really nice moments on the field, but one other thing that sticks with me is when I was on the bench against Fulham – the first game at Old Trafford with supporters since I arrived. Even when I was on the bench, I was watching the game but also the fans and I could hear them singing… it was amazing. Then I thought to myself: what will it be like with a full crowd? It will be incredible, so emotional, all of the fans shouting your name, like I heard them chanting Bruno’s name. Imagine when the entire crowd is singing your name. It will be amazing to have all the fans back in the stadium. But I must say that I am not in a hurry. I am still very young, the only thing I need to focus on is getting better day after day, develop and learn from the players who are already experienced in this league, like Pogba and Rashford, who already have experience in this type of football. A lot has happened already. As well as joining United this year, I have also had my first call-up for my national team, which was a dream.
Amad says

"Then I thought to myself: what will it be like with a full crowd? It will be incredible, so emotional, all of the fans shouting your name, like I heard them chanting Bruno’s name. Imagine when the entire crowd is singing your name."

It’s very emotional, you know, for all children who are born and grow up in their own country, to represent their own nation. I was born in Ivory Coast, I grew up in Ivory Coast, so getting to play and score for my national team at 18 was something I could never have imagined. I mean, I had certain expectations, I thought that I would play for Ivory Coast one day, but not so soon as only being 18. So when I did get called up for the first time at the age of 18, it was incredible for me. It is fantastic to represent your country, but I recognise that there is still a lot to do and to come. I need to develop slowly but surely. I need to listen to my coaches’ advice and, when I get more chances to play in United’s first team, it will be up to me to show my worth and show that they did not make a mistake when they bought me. When my chance comes along, I will be ready take it, but I will take my time. I’m not rushing anything. This is who I am and it’s working well for me so far.