UTD Unscripted: I had to fill that empty chair 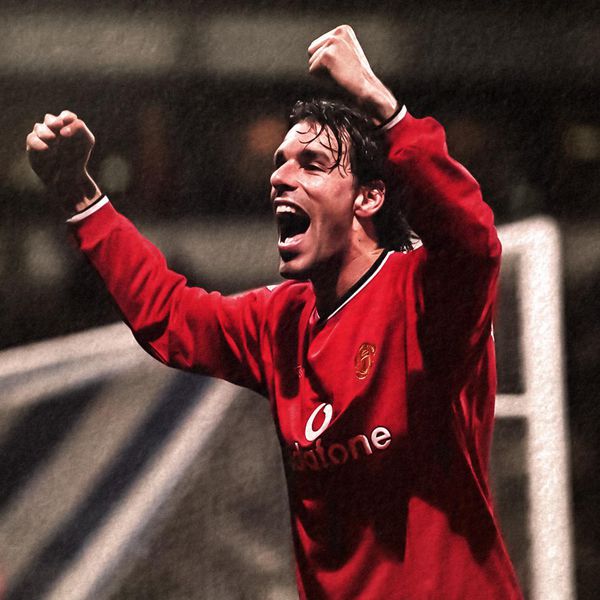 As you’re driving towards Old Trafford, you can see the structure of the stadium from quite far away. It’s small and distant at first but then it rises up as you get closer and closer.

I’ll always remember the first time I saw it in person. I was in Manchester to sign for United from PSV. I did my medical, left the hospital, went to Carrington to meet people from around the club and then I was on the way to Old Trafford to sign my contract and complete my transfer.

I could literally see the stadium in the distance when my phone rang. It was the orthopaedic surgeon who had done my medical. He told me that he’d noticed something on the MRI scan while he was checking it, and we had to cancel the signing. “Put it on hold,” I think he said.

In those moments, you’ve got everything and nothing going through your head at the same time. You’re in total shock but your emotions are running wild.

This can’t be right.

The car literally turned around and started driving away from Old Trafford, so suddenly it was getting smaller and smaller in the distance behind me as we headed towards a hotel so we could work out the next move.

It wasn’t news to me that I had an injury in my knee. I knew about that. I was already undergoing rehab for a medial ligament injury, but that wasn’t a secret. United knew about it. A medial ligament injury wouldn’t be a problem in terms of the signing. That had already been discussed before I flew into Manchester and it was fine. Now suddenly there was doubt over it being a more serious injury, so I was worrying about that and everything else at the same time.

So we went to a hotel, just to stay there overnight and figure things out. Quite soon, it was obvious that the knee needed further tests, so PSV said that was fine and I should come back to Holland and we could take it from there.

"In those moments, you’ve got everything and nothing going through your head at the same time. You’re in total shock but your emotions are running wild."

In the meantime, I saw the images of the press conference where I was supposed to be signing. I’d been on my way to be unveiled, but now there was an empty chair inside Old Trafford where I should have been sat. That hit me, of course.

I flew back to Holland the next day and we decided that I should proceed straight back into the rehab for my medial ligament. Looking back, that wasn’t the best idea. The conclusion in the end was that there was more wrong with my knee than just medial ligament damage. There was no doubt about that when I totally broke the knee during that first rehab session, right in front of the Sky Sports cameras.

Medial ligament. Meniscus. Cruciate ligament. They all went. It was a complete domino effect within the knee.

Not the best couple of days I’ve had, if I’m honest!

Ok. What do I need to do? I need a good operation. Which surgeons? Where? What rehabilitation? With who? Where?

I looked at what I needed to do, and I started to do that. I went to America to have the operation. The research told me there was only one person to go to: Dr Richard Steadman in Vail, Colorado. That also gave me privacy because a lot of things were going on around me at the time, obviously. The empty chair, the English press, the injury being filmed by Sky as it happened… it was a lot, so going to America to do my first week or two of rehab was privacy and rest which were very welcome. There was no stress about that, which was exactly what I needed.

Dr Steadman did a fantastic surgery and first part of the rehab, then it was back to Eindhoven to carry on doing the work I needed to do. From the very start of it all, I was working towards one thing: Being a United player. It was a constant drive. Every single day that I got up, it was my motivation. I had to finish that drive to Old Trafford. I’d gotten so close and had to turn the car around, but if I was going to go back then I needed a good knee for that. I had to trust the people in Colorado, in Dr Steadman and his crew to fix the knee right, trust the physios and the people that were around me to do the rehab, and then it was up to me to put everything in that I could. And I did. I didn’t leave anything to chance. I used all the time that I had to work on my knee and my physique at the same time. I wanted to look at it as almost a year out to prepare, where I could invest in myself, in my physique and to use it to come back stronger. The goal was simple: fill the empty chair.
Ruud van Nistelrooy says

"From the very start of it all, I was working towards one thing: being a United player."

That process requires constant management, so you have to be surrounded by professionals who know what they’re doing to get you strong but quick, and without being bulky. You don’t want to get slower on the turn or become really massive at the cost of your agility, especially as a striker. My programme was made perfectly.

I went away from PSV to train because I found it hard to be in the dressing room where all the players were fit, training and happy every day. I wanted to be in my own process with the physio that I trusted and it became a perfect combination in the end. Of course, I would go to see the lads at PSV and eat with them at the training ground or watch them training, but not every day like when you’re fit and playing.

I did a lot of total body work – upper body, legs, core – because if you’re strong and quick in your legs, and you can use your upper body as well for extra strength, it’s a good combination. I think that total approach paid off. The rehab went perfectly. Looking back now, I think I scored 80 of my 150 goals for United in my first two years at the club, and that was all because of the time that I put in during my rehab. I had a lot of confidence all along that I would be fine because I felt really good from the start.

I also had extra motivation because Sir Alex was checking in on me every month or so. He called me right away after the injury and he was very comforting in the sense that he gave me a very clear message: “Start your rehab, get it right and you’ll be a United player in the end,” and he kept calling throughout my rehab. I think he must have had an agenda set in his computer that popped up: *PING* Ring Ruud. He’d call on either my landline or mobile and check in.

"How are you? How’s it going? Do you need anything?"

We were in touch all the time. That was special too, because it kept the bond between us going. Obviously the deal was completely off when I got injured, but there was a connection there and he kept that going, so in my mind it didn’t change.

I remember when he rang me when we had to turn the car around. “Watch,” he told me. “You’ll be a United player.” It’s hard to believe those words in the moment because you think he’s just trying to be nice because you’re disappointed. You know how the football world is. It was a good feeling to hear him say it, but I couldn’t really believe it. In the end, we kept in touch and obviously I knew that if I wasn’t going to be as good or as fit as I was before the injury, then of course United weren’t going to sign me. Everybody knows that. But when you know the trust and the faith that the gaffer has in you, your belief is strengthened by it. It really helped me.

He wasn’t my manager, but he was.

"Sir Alex was checking in on me every month or so. He called me right away after the injury: 'Start your rehab, get it right and you’ll be a United player in the end.'"

I had great support as well at PSV, and I love the fact that I was able to come back before the end of the 2000/01 season. You can do all of your rehab, step-by-step, but you don’t know you’re going to be ok until you get back out on the pitch. You don’t know anything for sure until you’re back playing with the team, but the ways things turned out was a perfect send-off for me. They stood by me all the time, played me for the last two or three months of the season and we won the league. Leaving the club with a league title was special for me and then we all celebrated on the open-top bus through Eindhoven. I had a great goodbye with the fans and the club before I flew back to Manchester to complete the transfer at the second attempt.

Of course, I was so excited. This was 2001 – two years before, United had beaten Bayern Munich and won the Treble. They’d just won the Premier League three years in a row. They were one of the best teams in the world at the time, so all of a sudden I’d be on the training pitch with 10, 15 world class players. It was a feast of talent. I’d be playing with players who just made football so unbelievably fun. I couldn’t wait to see what the levels were like.

That was a lot of pressure on both of us. For me, even though I had a good knee now, it was a big moment. For him, the same guy was back in front of him a year later needing to be checked again. He had that responsibility. It was funny, though, because he said: “Watch the doormat, don’t slip! Don’t get injured now that you’re here!”

That immediately lightened the situation, when he said that. He checked the scans again, then told me that it looked great, there was no fluid at all and we went through all the knee talk that you’d expect.

That, for me, was the moment when I knew everything was fine. That was the moment I’d worked for. I was free to go and sign my contract with United. I wasn’t sat in the car waiting for the all-clear from him, so this time it made for a good drive to Old Trafford. This time we finished the journey.