UTD Unscripted: Tales of the Trinity 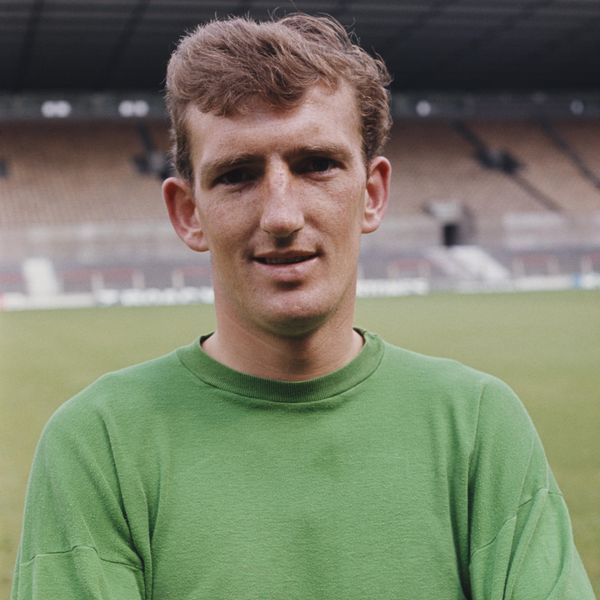 Going back to the 1960s, there was hardly any TV coverage of football at all. If you didn’t go to watch United on Saturday, you might be lucky to catch 20 minutes of highlights of their games each month.

Even so, everybody knew about the United Trinity.

The newspapers told you how good they were. The headlines they inspired, the language that was used about them, you could tell they were special. I was a late starter in football, having only turned pro at 20, and I only spent three years at Millwall and then four months at Chelsea before I joined United, so I had no experience of playing against them before I signed.

The way things panned out, I only had a couple of brief encounters with them in my first week at Old Trafford. I went up to Manchester with Matt Busby and Jimmy Murphy on the Tuesday, sat in the stands with Denis Law on the Wednesday to watch the team lose at Blackpool in the League Cup, most of the players had the next day off, then Friday was light training because it was the Manchester derby – my debut – the following day.
Alex Stepney says

"You might be able to catch 20 minutes of highlights each month... the newspapers told you how good they were! The headlines they inspired, the language that was used about them."

We managed to keep a clean sheet and Denis scored the only goal of the game out of nothing with an overhead kick. That set the tone for how things would be, really. Going out onto the pitch every week, you knew that over the next 90 minutes, one or more of those three players were capable of winning any game for you.

It wasn’t just about the Trinity, of course. Nobby Stiles had just won the World Cup with England, David Herd was a fantastic goalscorer, Tony Dunne, Paddy Crerand… everywhere you looked, there were international players, and it was a family that Matt had built in the sense there was nobody exceptional in his eyes; we were all the same. He probably knew that those three were exceptional, without every letting on, but we knew in ourselves that these three guys were different.

Over the next few years I saw it often enough. Training was different then in the sense that we only had one trainer, so we’d all do exactly the same work for long periods. It was only at the end of the session, when the lads had shooting practice, that I ended up directly facing them.

Now that was a challenge.
That’s when you felt the sting of Bobby’s shots, saw the deftness of George’s finishing and knew you had to beat Denis to the ball or else he’d have it in the net.

Bobby probably scored the most past me in training, simply because of the ferocity with which he could hit the ball with either foot. Shooting was his speciality, so that was him doing what he did best. George tended to try to send you the wrong way, Denis was at his best reacting to situations as they unfolded in the box, but Bobby could just batter the ball from anywhere.

They were all forwards, but completely different kinds of forwards. Denis was an absolutely incredible centre forward around the penalty spot and six-yard box. If anyone could head a ball better than him, I never saw him. Anything that went towards Denis in the box would end up in the back of the net before anyone knew anything about it. He was lightning. Defences couldn’t control him. They daren’t make a mistake.

We all know what Bobby Charlton was, just from a glance at his goalscoring records and what he won for club and country, but he also created so many things for others as well. Yes, he glided through from midfield and scored goals from 25 yards. He was completely two-footed as well, which you really don’t come across very often. But fundamentally he was a team player who always drove everyone else on and encouraged standards. He was a complete winner.

George was just unbelievable in whatever he did. Two-footed, great in the air, unreal with the ball at his feet. He had this natural talent and he was allowed to show it, and that was Matt Busby’s forte: he bought players and brought through players with exceptional talent and he let them use it. With George, the best thing Matt did was allow him to out there and enjoy himself.
Alex Stepney says

"We all know what Bobby Charlton was, just from a glance at his goalscoring records. But fundamentally he was a team player who always drove everyone else on and encouraged standards."

There was absolutely fantastic experience to gain from working with those players, and that was the main thing for me. I learned so much from working with them and it helped me keep my place in the team. Knowing that Bobby could hammer a shot in with either foot meant I was constantly alert. Denis wasn’t a typical centre forward in the sense that he wasn’t over six foot tall, wasn’t especially well built; he was more lithe, nipping in here and there. All he was interested in was beating you to the ball, and that made me quicker. George just did his own thing. He’d try things that you didn’t even think were possible, so that taught me to always be on my toes. Further down the line, there would always be other players trying to copy what he’d done, so that allowed me to be ready for them.

There were so many differences in them as players, and the same went for their characters off the field as well.

Denis was a livewire. He was always quick, trying to outwit everybody all the time. He was always testing your knowledge about things. It sounds silly, but that kept him going. He’d constantly question you about things – geography, for example – because there was always something going on in his mind. Looking back, that portrays him as a player perfectly. I know more than you, you don’t know what I’m going to do. Always alert, always looking to nip in first.

Bobby was a sophisticated gentleman. He never, ever stopped moving forward, carrying on. He was a relentless winner. What he’d gone through at Munich and afterwards was unfathomable, but he was still a diamond of a guy, an absolute gentleman and respected in every way. He respected every player who played with him and around him as well.

George… well, George was George! He just wanted to go out there and perform.
Alex Stepney says

"Denis was a livewire. Always quick, trying to outwit everybody all the time. It sounds silly, but that kept him going. There was always something going on in his mind. Looking back, that portrays him as a player perfectly."

To put it in perspective about the players and their differences, you only needed to look at their pre-match routines. Normally if we were playing at Old Trafford, we’d often go to Davyhulme Golf Club for a pre-match meal. We all knew the team by that point because the team sheet would go up in the dressing room on the day before the game, and everyone had their own little way of preparing. For example, I would get ready half an hour before the game, so I knew that I’d be absolutely spot-on for when the bell went at five to kick-off. Denis would go down to the dressing room an hour before kick-off, get half-ready to play, half-dressed, then lie on a bench and try to have 10 minutes’ sleep. Bobby would come in later, get ready and he’d be talking to everybody about winning the game. He always talked about winning and scoring – not just him, other players as well – and then he would get ready. After 2.45pm, George would come in. Where everybody else was ready, laces immaculately tied, shirt tucked in, all looking completely ready, George would just come in, throw on his kit, tie a bow in his laces and away he went. That’s how he was. There was never any pressure on George whatsoever because he didn’t want that.

I’ll give you an example of how George viewed things differently. One Friday after training, before we played Liverpool at Anfield in 1967, George came to Paddy and I and said: “Come with me, I want to try something out.” At the time, Liverpool had a fantastic goals-against record at Anfield because Bill Shankly had his back four playing very high up the pitch, so they’d either win the ball high up in their half or catch you offside. They stopped you playing. So George came to me and Paddy and took us over to the pitch and explained what he was thinking.

He sent Paddy to the old right-half position with the ball, told me to go in goal, asked Paddy to find him with a long diagonal over the top and told me to just do what I’d do in a game. George started on the halfway line, so he wouldn’t be offside, and asked Paddy to drop the pass about 20 yards from the left wing position. So Paddy knocked the pass exactly where he’d been asked to, George took it in his stride and started coming towards me at pace. The ball was never six inches from his toe. I couldn’t really make an early move for the ball because of his control, so we got to the point where I had to dive at his feet to get the ball. As I went down, he just coolly toe-poked the ball against my shin, took the return and poked the ball into the empty net.

So he only tried it the once and we were done for the day.
Alex Stepney says

"Where everybody else was ready, laces immaculately tied, shirts tucked in, all looking completely ready, George would just come in, throw his kit on, tie a bow in his laces and away he went."

At Anfield the next day, I took a cross from a corner in the first half. Paddy always wanted the ball from me in any situation anyway, and he was shouting for it straight away. He wasn’t a quick player but he was always on the move, always finding space intelligently. On this occasion I threw him the ball, he turned, hit this diagonal pass to Besty. George got in-between Tommy Smith and Chris Lawler, Emlyn Hughes tried to come across but couldn’t do anything. Tommy Lawrence came out of his goal, did exactly what I’d done the day before and dived at George’s feet. Lo and behold, he knocked it against Tommy’s shin, the ball came back to him and he poked it into the empty net.

George just stood there, put his arm up and laughed.

That, to me, depicts how he played. He thought about doing things that pleased the crowd, that were unexpected for defenders and that were for his own entertainment as well. And for winning us the game too. We won that one 2-1 and he scored both goals.

It’s a hard one to call because of who I was fortunate enough to play alongside, but when pressed I always say that George was the best I ever played with. Unfortunately there’s not a lot of film of him, Denis and Bobby in action – you tend to see the same clips over and over – so if you were fortunate enough to see them then you have to make sure you cherish the memories and always remember them.

I know I always will.