UTD Unscripted: Back to the future 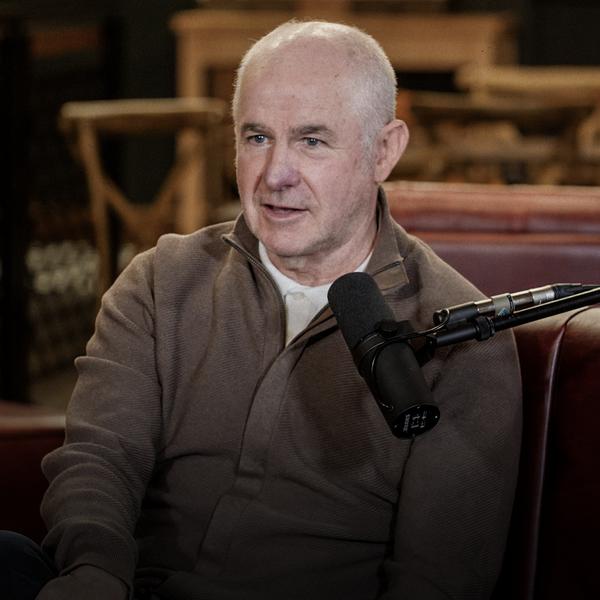 Let me tell you something that makes me feel old.

When I coached United’s Under-15s part-time, one of the lads I was working with was Rick Wellens. These days, I cover United’s Under-18s for MUTV and Rick’s son is in the squad. That one always hurts, when I sit and think about it.

You’re always young at heart as you go through life, and I still remember when I was making that journey through United’s youth ranks myself. I’m sure there were times when there were injuries and pitfalls that I had to go through, but when I look back I honestly remember it as a time of nothing but pure enjoyment.

There were some differences with today, naturally. Today, United can reach around Europe and even the rest of the world to bring in players from abroad. Back when I was a player, the lads like myself who came from Scotland, Northern Ireland, Wales, we were the foreign lads! We were all teenagers in the same boat, all working to get that pro contract at 17, whereas nowadays the process starts a lot younger.

As a young player I had that added motivation of not wanting to go home with my tail between my legs, having failed to make the grade. My parents let me leave home and move down to England at 15, so they must have seen something in me. Obviously United’s coaching staff saw something in me too. I just felt like I didn’t want to let anyone down and I had that drive to get that contract, and I’m sure the coaches saw that in me. Now, before any young player comes on the books, the club will already know all about their character.

"Back when I was a player, the lads like myself who came from Scotland, Northern Ireland, Wales, we were the foreign lads!"

What remains absolutely the same is that, for all the talent a player might have, they need a lot of luck to make it to the first team and stay there. Fate has to deal you a good hand. I was never injured between 15 and 19, so that meant I was always available to play and catch the eye, which allowed me to make an impression, get into the first team and I was able to hold down a place from there.

I loved playing at United for so much of my career, so I was more than happy to take on the U15s coaching role on a part-time basis back in the late 1990s. I had a few other commitments as well, including covering the first team on the radio, and that meant that the coaching role ultimately became quite hard to maintain. I didn’t like letting people down because of other arrangements, so I stepped away from the coaching, but MUTV immediately came to me with an offer of covering some of the youth team games. Obviously I’d been through the system myself, I’d coached a number of the young lads who were in the system at the time, so they thought I might be able to offer some insight.

One of my first seasons – maybe the very first season, actually – covering the U18s was in 2002/03, when we won the FA Youth Cup. That has always been a huge competition to United, the highlight of the year for the young lads, because there’s so much tradition. The Busby Babes, George Best, the Class of ’92 and so on means that expectations are always very high and we always want to win it, so for that group to do so in 2003 was a terrific achievement.

When you’re watching a team on a regular basis and seeing collective and individual development take place, it’s inevitable that some players catch your eye regularly, and from my experience over the years it tends to be forward players that stand out. Looking back at that first team I covered, Kieran Richardson stood out because he had such great ability and a bit of presence about him, so it was no surprise to see him stepping up to the first team.

Now, Kieran never really pinned down a regular place at United and had to go elsewhere in search of playing time, but he proved himself as a Premier League player with other clubs.

In the same group, you had Phil Bardsley in defence. You tend to find that among the young defenders you see, the steadiest ones go the furthest. Phil was wholehearted and, like Kieran, made it to the first team at United before going elsewhere for a more regular starting place, and that’s a fairly common occurrence.

More recently, look at Michael Keane, who is now an established international defender and a top class centre-back at Everton, or Jonny Evans, who – for my money – left us too soon and has gone on to show his quality with West Brom and Leicester. Of course he won the FA Cup earlier this month, and it’s great to see that even if a lad comes through the ranks here and ultimately ends up leaving the club, they can still go on to have success elsewhere.

"The Youth Cup has always been a huge competition to United, the highlight of the year for the young lads, because there’s so much tradition."

Like I said, the ones who really stand out tend to operate at the other end of the pitch, and Danny Welbeck was probably the one who caught the eye more than anybody during my time covering the U18s. It’s great to see Danny coming back into the limelight with Brighton after some serious injury issues, and when he was a kid – a great lad, by the way – he was outstanding. He had a lovely playing style about him, he was so quick and he also scored plenty of goals. I remember him getting four or five in one game, I think against West Brom, and he was always great to watch.

It’s virtually impossible to say a player is nailed-on to make it into the first team, but probably the biggest surprise for me in recent years has been that James Wilson didn’t spend more time in the senior setup. He was extremely fast, a big lad, physical, scored a tonne of goals in the youth team, stepped up to the first team, scored twice on his debut and did well whenever called upon. He just had such misfortune with injuries at the wrong time that it didn’t work out for him.

The same bad luck applied to Will Keane. He and his brother Michael were in the squad that won the Youth Cup in 2011 alongside Paul Pogba, Jesse Lingard, Ravel Morrison, Larnell Cole and the like. Will was a very intelligent young player who had bad knee problems, so it’s great to see him back scoring now for Wigan, but his example shows what has to go your way if you’re going to make it into United’s first team and hold down a place.

You have to hope that you avoid injuries, you get a chance and then when you do, not only do you have to play well, the team has to play well too and get positive results. That gives you confidence and off you go with your career.

"I remember Danny getting four or five in one game, I think against West Brom, and he was always great to watch."

Will was on the fringes of the first team back in 2016, got an injury which allowed Marcus Rashford to take his place in the squad against Midtjylland, and Marcus then found himself starting because Anthony Martial was injured in the warm-up.

Marcus had always shown real promise in the youth team, but the stars aligned to put him in that situation. Then it was about taking the chance he’d been given and the way he did so was incredible. Two goals that night, two goals against Arsenal the following weekend and he’s never looked back since. For his football and for what he’s done off the pitch in the last couple of years, every single lad in United’s Academy can look up to Marcus as an example to follow.

They can look to Mason Greenwood too, as an marker of what it takes to reach the first team. I’ll never forget one of the first times I saw Mason as a young kid training at the Cliff. It was an early evening game in the summer and I was stood with the scouts, watching some of the lads warm up at half-time. This lad was just zipping the ball across the pitch and you genuinely couldn’t tell which was his stronger foot. He was absolutely pinging the ball from either side and it all looked so comfortable to him.

It’s so rare to get players like that – I can only think of Bobby Charlton, Glenn Hoddle and Ray Wilkins who were so good with both feet. Mason’s had an incredible rise, just like Marcus did a few seasons before him, and the lads who are currently coming through the youth ranks need only look to those two guys as examples of how to make the step up.

"For his football and for what he’s done off the pitch in the last couple of years, every single lad in United’s Academy can look up to Marcus as an example to follow."

Once again, it’s hard to ignore the attackers when I look at today’s crop, who are a really good bunch of players. Charlie McNeill has weighed in with so many goals this season, and he certainly knows where the goals are. Hopefully he can push on into the Under-23s and be knocking on the first team door after that. When you look at the likes of Charlie and Shola Shoretire, there are some very good prospects in this U18s squad and Neil Ryan has done a great job with them.

History has shown that this club is great at handing opportunities to young players, when you look back at Sir Matt and the Babes, Sir Alex and all the youth team players who stepped up under him. I feel like having Ole in charge is great because he understands what it means. He’s been at this club, he coached the Reserves 12 years ago, so he understands what the journey entails, going from the youth team, to the reserves and up into the first team. He’s very eager to give players a chance if they’ve got the ability, so these are really exciting times to be a youth team player at United.

They all need to keep doing what they’re doing and be ready to take their chance if it arises. It’s up to them to grasp that opportunity because, as I’ve seen as a player, a coach and a co-commentator, there’s always someone else coming up through the ranks.